commercial, hotel, rentals, Saanich Peninsula
Sassy's restaurant property in Central Saanich slated for redevelopment into mixed-use residential, commercial spaces
MIKE KOZAKOWSKI, CITIFIED.CA
See: September 12, 2022 project update
A parcel home to one of the most popular dining spots on the Saanich Peninsula is the focus of a redevelopment effort that could deliver new residences and commercial spaces to West Saanich Road just north of the Saanich-Central Saanich border.
Sassy’s Family Restaurant, situated at 6719 West Saanich Road and Keating Cross Road, is at the centre of a rezoning application envisioning two buildings comprised of rental housing, temporary accommodation, live-work homes for local producers and artisans, commercial units catering to the tourism industry (including a restaurant space) and a plaza for artisan or farmer’s markets.
District planners are reviewing an application to build a three-storey row of townhome-style live-work suites with ground level commercial spaces and a restaurant at the south perimeter of the property along its West Saanich Road frontage, while a three-storey mixed-use residential and commercial building is envisioned near the West Saanich Road and Keating Cross Road intersection at the north end of the site.
A public plaza will be situated between the two structures, with parking shared between an underground parkade below the north building and surface stalls at the rear of the property.
Architectural firm Eric Barker Architect, on behalf of developer Keating Commercial, is incorporating angled rooftops with variable heights as the project's dominant architectural feature, and a colour palette comprised of earth tones that serve to emphasize the variation in both buildings’ facades.
The Keating Cross Road and West Saanich Road area is a popular tourism destination on the peninsula with Butterfly Gardens situated immediately across the street from Sassy's Family Restaurant and the world-famous Butchart Gardens located just two kilometers to the west. To the north is the town centre of Brentwood Bay, one of the largest communities on the Saanich Peninsula home to a wide variety of amenities and services, a marina, and a BC Ferries connection to the Cowichan Valley.
The proposal is one of several high density developments earmarked for the Saanich Peninsula municipality embracing a densification strategy along its major thoroughfares.
Earlier this year developer Verdier Commons Ltd. submitted plans to build a 105-unit affordable rental complex in the town centre of Brentwood Bay. The project is slated for Roundabout Square, a multi-phased redevelopment of under-utilized commercial lands along West Saanich Road at Verdier Avenue. And recently an application to redevelop the Central Saanich Medical Clinic property on Mount Newton Cross Road at Wallace Drive was submitted to the district.
Meanwhile work is already underway on the first phase of rental homes on Tsartlip First Nation land along Stellys Cross Road between West Saanich Road and Hielwet Lane. The development will eventually culminate in four buildings.
Recently completed rental projects in Central Saanich include an affordable complex on West Saanich Road at Stellys Cross Road, known as The Parsons at Brentwood, a market rental known as the The Generations on Wallace Drive at East Saanich Road, and a collection of townhomes on Tsartlip First Nation land along Stellys Cross Road east of West Saanich Road.
The Central Saanich condominium market has also produced several buildings in recent years, including The Arbours on West Saanich Road in Brentwood Bay, the nearby Cedars at Roundabout Square, and the first phase of the Marigold Lands development near the Highway 17 and Mount Newton Cross Road intersection. C
Receive Citified's timely real-estate news straight to your inbox. Sign up for our newsletter, and connect with us on Facebook: 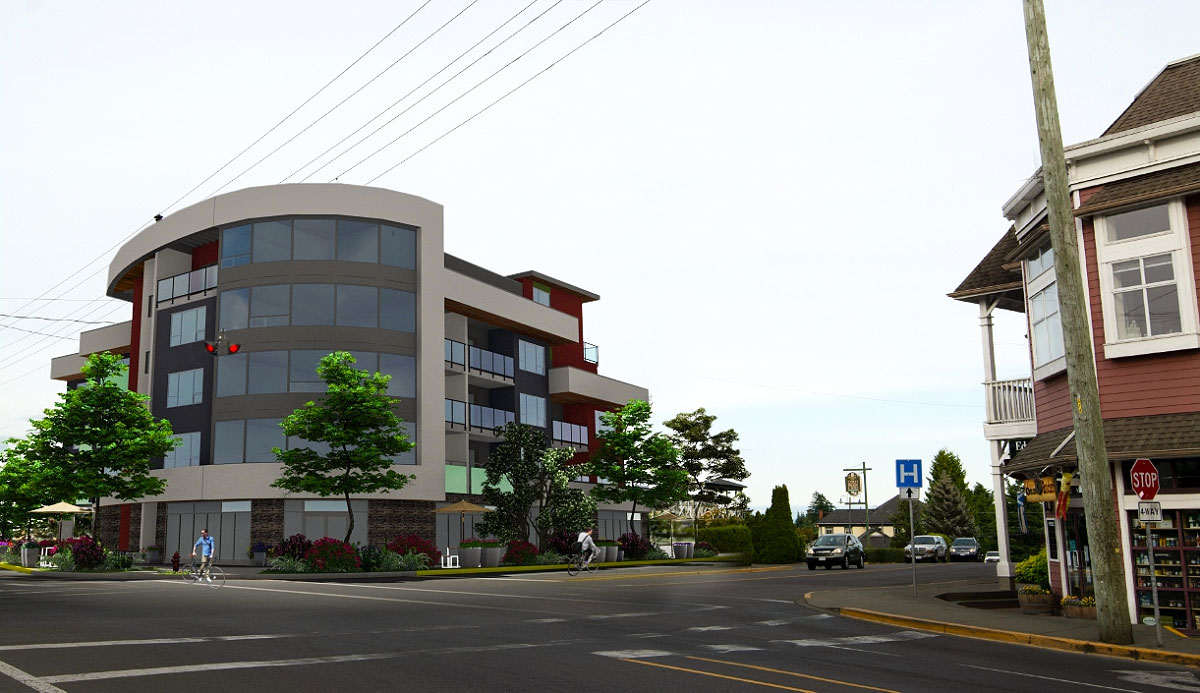