A rendering of 780 Blanshard Street's proposed transformation into a 22-storey hotel and residential development. Dating back to 1950, the four-storey heritage-registered BC Power Commission building will be restored and retained as part of a nearly 80-room hotel, while an 18-storey condominium or rental tower will be constructed above.  Reliance Properties

condos, hotel, rentals, Downtown Victoria
Hotel and residential tower envisioned for Victoria's BC Power Commission heritage block
MIKE KOZAKOWSKI, CITIFIED.CA
The rise of Victoria’s once shrinking hotel room inventory is firmly underway with the city centre’s fourth hotel proposal emerging as part of a mixed-use residential and office complex in south downtown.
Reliance Properties has formally submitted plans to the City of Victoria outlining the company’s intentions for a re-purposing of the four-storey BC Power Commission building at 780 Blanshard Street, and a proposed residential tower above.
Last month, Citified reported that Reliance's intentions for 780 Blanshard Street would involve transient and residential uses within a project pushing north of 20-storeys. With an application now filed, the developer’s vision, if approved, will yield a 77-room hotel operation within a modernized BC Power Commission building and over 100-units of residential suites across 18-storeys above, totalling 22 floors and rising to a height of 70.7 meters.
Reliance has retained Vancouver-based Office of McFarlane Biggar architecture to oversee the design, which, according to the architect, will feature a “slender” tower that “preserves more skyview, enhances access to daylight, and minimizes shadow impacts.”
The heritage-registered BC Power Commission building, dating back to 1950, will see its Art Deco elements preserved, and a comprehensive retention plan will be developed by Community Design Strategies to develop a restoration concept as part of its transformation from an office environment to a hotel operation.
“The intent for conservation is to preserve the exterior and interior character-defining elements. Although the original spatial configuration will be adapted for reuse, the Conference Room (Chairman’s Office) and west stairwell will remain fully intact,” reads a statement in an informational package prepared by the proponent and architect. The statement continues:
“The double-loaded corridor along a central east-west circulation spine will also be retained. The proposed interior partition scheme is compatible with the existing building fenestration pattern. The historically intact third floor entrance lobby and the original wood paneled library on the fourth floor were not identified as character-defining elements, but the team is working on interior layouts that enable the retention and/or re-use of these features to the greatest degree possible.”
Although limited on-site parking can be accommodated due to the footprint of the BC Power Commission building (six stalls currently exist, which will be reduced to two stalls due to a reconfigured building entrance), Reliance says it has secured 25 off-site stalls that will be available for project use within “short walking distance.” The planned tenure of the residential component (available in floorplans spanning from bachelor suites to two-bedroom flats) has yet to be determined as condominium or rental, and as such the total parking demand (higher for condominium use) remains to be factored in.
As for the most prominent street-evel changes, 780 Blanshard Street's northern frontage will serve as the primary focal point for both hotel guests and full-time residents.
“The hotel and residential tower will share a front entrance and lobby from a redesigned public plaza-style front entry and pick-up/drop-off zone, replacing the existing asphalt parking lot at the corner of Blanshard Street and Burdett Avenue,” according to the information package.
To mitigate the impacts of off-site parking demand, residents will be enrolled in car-share membership, while public car-share spaces will be sponsored by the developer.
Meanwhile, amenity spaces for residents will include a children’s play area on the hotel’s east rooftop, plus a rentable lounge on the west rooftop. Shared fitness facilities will be included for hotel guests and residents, as will a bookable lounge within the ‘Chairman’s Office’ on the third floor. A café will be constructed in the hotel.
As the proposal makes it way through the municipal planning process, Reliance has leased the property to local arts groups that serves as a cultural campus for organizations that include the Ministry of Casual Living, Victoria Tool Library, Supply Victoria and others.
The developer has overseen the restoration of some two dozen buildings throughout Vancouver and Victoria, including Victoria’s Janion Hotel which became the 122-unit Janion project on Store Street at Pandora Avenue, and the soon-to-be-restored Northern Junk buildings on Wharf Street at Johnson Street anchoring a 47-unit 1314-1324 Wharf Street rental block approved in 2021 after a decade-plus of municipal wrangling.
The company also owns the Capital Iron lands on the north edge of downtown along Chatham Street from the Upper Harbour waterfront to Government Street.
Victoria’s hotel industry has seen a significant reduction in hotel room capacity since the early 2000s, and a surge of hotels-turned-government housing projects that saw multiple high-profile properties in the City-proper convert to non-transient uses.
In total some 2,000-units of transient lodging have disappeared from a city highly dependent on tourism dollars, but what was lost is being regained as multiple players work to add hotel capacity to the downtown core.
Chief among them is Chard Development and UVic Properties which recently secured approvals for a 135-room Hyatt Centric hotel that will span most of Broad Street’s 1300-block between Yates and Johnson streets.
On Fort Street at Blanshard Street, Merchant House Capital received council’s green light last fall to build a 128-room hotel as part of a 20-storey tower known as the Montrose Wintergarden.
In Humber Green overlooking the nexus of Gorge Road East, Blanshard Street, Douglas Street and Hillside Avenue, Sandman Hotels is seeking approvals to redevelop its existing 100-unit complex into nearly 200 suites.
And across the harbour in Vic West, Focus Equities, at the helm of the Bayview project in the neighbourhood’s Songhees area, has plans for multiple hotel operations within its multi-tower vision. C
Receive Citified's timely real-estate news straight to your inbox. Sign up for our newsletter, and connect with us on Facebook: 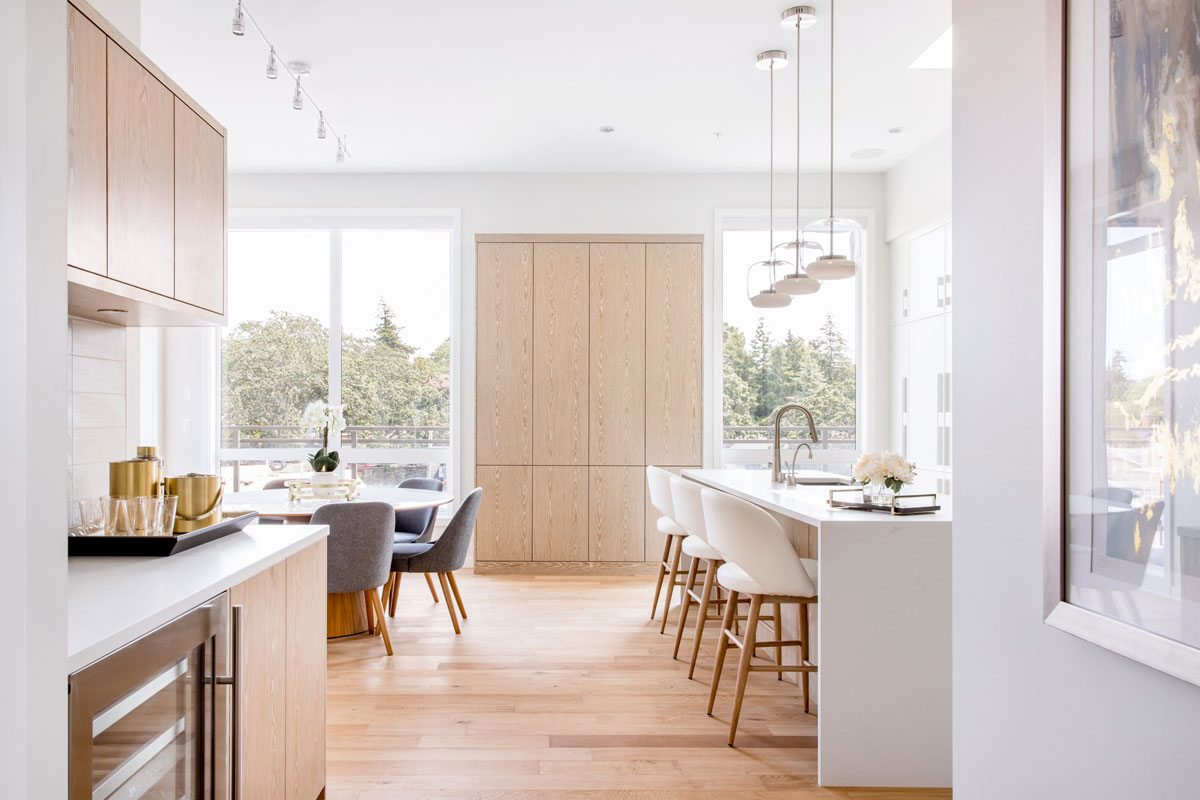