Congested traffic on a southern Vancouver Island thoroughfare. Data from the Capital Regional District shows vehicular travel to and from downtown Victoria is on the decline despite rising congestion and gridlocked streets in the city centre.  Citified.ca

civic, Downtown Victoria
Despite rising congestion and gridlock, fewer cars are entering downtown Victoria: CRD
MIKE KOZAKOWSKI, CITIFIED.CA
An increase in cars is not the culprit behind downtown Victoria's rapidly growing traffic congestion and mid-day gridlock, according to data collected by the regional government.
Despite longer travel times throughout the downtown core and vehicle queues on nearly every thoroughfare, Capital Regional District (CRD) traffic counts show the number of cars on downtown streets has steadily declined over the last decade as traffic calming measures, a waning supply of parking and a repurposing of travel lanes take their toll on drivers.
According to the CRD's data, east-west corridors have seen the most change with reductions in vehicular traffic ranging from several percentage points to over 30%. North-south corridors have also been affected with southbound drops along four out of five major thoroughfares. Northbound travel, however, is seeing a reverse commuting trend as a growing number of residents settle in the downtown core and drive to employment or shopping centres north of the city.
East-west corridors
The largest decline between two reporting periods was on Johnson Street east of Blanshard Street where traffic volumes dropped just below 33% between reporting periods in the fall of 2007 and fall of 2017, where a daily volume of nearly 12,000 vehicles slimmed to just above 8,000.
Fort Street east of Blanshard Street saw an average drop of 10.5% (down to 8,000 vehicles) between traffic counts in the fall of 2014 and the fall of 2017, while volumes along Pandora Avenue at Cook Street averaged an even larger decline of 15% (down to 10,500 cars) during data collection periods in fall of 2010 and 2016.
Yates Street at Blanshard Street also saw less traffic in the fall of 2016 compared to the fall of 2014. An average weekday count totalled 18% below 2014’s typical 10,700 vehicles.
North-south corridors
Quadra Street south of Bay Street experienced a small decrease in volume between reporting periods in the fall of 2015 and the fall of 2017, while Government Street at Bay Street saw similar changes between 2010 and 2017 that averaged a drop of 6.5% northbound and 3% southbound. The corridors see roughly 6,300 and 7,800 cars per day southbound, respectively, plus 7,300 and 9,200 northbound.
Douglas Street south of Bay Street experienced a drop in southbound volumes but a rise in northbound volumes. Northbound vehicular travel increased between 2007 and 2017 by 3.3% (to 13,300) to but dropped southbound by 4% (to just over 10,000).
Blanshard Street south of Bay Street saw both a rise in northbound and southbound traffic with an average daily volume of 17,863 and 20,663 vehicles in 2017, respectively. Northbound traffic increased by 13.6% between 2007 and 2017 while southbound traffic rose by 7%.
Northbound volumes on Cook Street south of Bay Street rose just under 3% between 2008 and 2017 but fell 13% southbound to an average of 8,000 vehicles.
Figures for Wharf Street were only available for a single reporting period.
Public transit
With traffic volumes declining the question now becomes whether alternative transportation modes are absorbing the drop in vehicular use.
Data does show that between BC Transit’s 2007/2008 and 2017/2018 fiscal years, annual ridership throughout the entire Capital Region rose by 16% to just over 26 million trips. Over roughly that time frame (2006 and 2016 census counts) the region’s population rose just over 11%, indicating transit ridership is outpacing population growth.
That being said, public transit continues to account for roughly 10% of overall daily trips throughout the south Island while vehicular travel accounts for over 70%.
Cycling
Despite the City of Victoria’s separated bicycle lanes and a pro-cycling culture throughout the region, the CRD’s bicycle counts indicate cycling traffic is also down in the city centre. More on the CRD’s bicycle counts can be found here.
Upcoming 2018 counts and subsequent counts will paint a more representative picture of cycling in the downtown core as the City of Victoria opens additional cycling lanes and the new Johnson Street Bridge (with its vastly improved cycling infrastructure to the old bridge) is factored into the equation. As such, cycling as a mode share could show a large year-over-year increase between the most recent 2017 reporting period and future years.
Parking
The City of Victoria’s parking revenues rose by 11% in the first quarter of 2018 as compared to the first quarter of 2017, according to Mayor Lisa Helps. That revenue jump, however, can be attributed to the city centre’s rapidly declining availability of parking spaces as privately owned surface parking lots are converted into development sites with private underground parking garages or no on-site parking facilities.
The City of Victoria does not currently have plans to expand the downtown core’s supply of parking. C
Traffic data was calculated between two comparable seasons in an identified year. Daily averages were calculated only during the same days of the week per data period, i.e. if data for Monday, Tuesday and Wednesday was available for a reporting period in the fall of 2007, only Monday, Tuesday and Wednesday data was compared for a reporting period in the fall of 2017. The CRD’s automated traffic counts typically run between two and seven consecutive days.
Receive Citified's timely real-estate news straight to your inbox. Sign up for our newsletter. 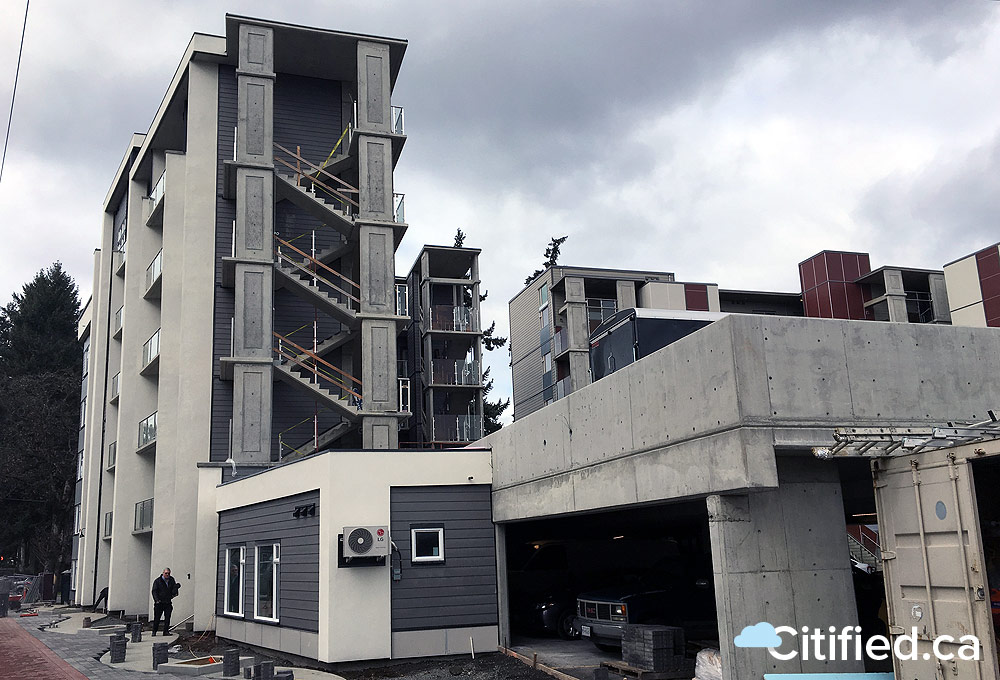