Chard Development's 20-storey Vivid at the Yates condominium tower is geared towards first-time and younger buyers. However, it's the parents who are responding to the 135-suite project's incentives and encouraging their children to take up the developer's unique offering.  Chard Development

commercial, condos, Downtown Victoria
Vivid condo dev's first-time buyer-focused suites gain traction from unexpected source
MIKE KOZAKOWSKI, CITIFIED.CA
Downtown Victoria’s Vivid at the Yates condominium project is resonating with a segment of the market that arguably always knows best, according to developer Dave Chard.
The 20-storey tower’s 135 one and two-bedroom modern suites – priced significantly lower than comparable pre-sale and resale inventory thanks to a unique arrangement with BC Housing – are catered to savvy first-time homebuyers with an eye for downtown living.
But it’s their parents, Chard says, with whom Vivid’s below-market pricing and unique financing arrangement has resonated, turning them into unexpected advocates.
“It makes sense to reason that once you’ve bought and sold several homes throughout your life you develop an eye for real-estate opportunity,” Chard said, speaking to the indirect effect Vivid’s marketing campaign has had on purchasers.
“Despite our marketing target for Vivid being first-time buyers in their 20’s or 30’s, it’s the parents who’ve come in to our showroom enquiring how they can help their son or daughter buy a home. They’ve watched housing prices rise significantly these past few years and recognize that prices like these haven’t been seen in downtown since 2016. They see the opportunity, they get it."
Chard’s partnership with BC Housing relates to the project’s financing arrangement that has allowed the developer to price homes at well below downtown Victoria’s market rates and present them to households earning a maximum combined income of $150,000. However, the caveat is all suites are intended to be owner-occupied homes, not investment properties. At least not right away.
“BC Housing requires that the purchaser, whether it be someone who independently finances the unit or seeks assistance from family, lives in their suite for a period of two years and they must earn below the $150,000 threshold. After two years there are no restrictions, the condo can be re-sold at market rates or rented. The restrictions only centre around the initial occupancy period and not what happens thereafter,” Chard says.
In short, buyers commit a little of their time to enjoying central downtown living and gain a lot once the two year period is over and their unit converts to an unrestricted, market price-driven asset.
“We’re getting a lot of traction from buyers who have children entering post-secondary education and can easily meet the terms of the two year residency required at Vivid. We also have buyers with teenagers that plan to leave the house over the next two years and will be seeking an apartment of their own, so mom and dad are looking at Vivid as a long-term opportunity for their child.”
Part of a two-tower development spanning the 800-blocks of Johnson and Yates streets, Vivid will rise alongside the nearly sold-out 20-storey Yates on Yates condominium.
Construction on Vivid and its near-twin has already begun as crews prepare the site for excavation slated to start before spring.
Chard confirms his targets for occupancy are mid-2020 for the Yates on Yates tower and late 2020 or early 2021 for Vivid.
If you think Vivid might be for you - or someone you know - stop by the presentation centre at 100-608 Broughton Street between noon and 5PM daily to speak with Chard Development representatives. C 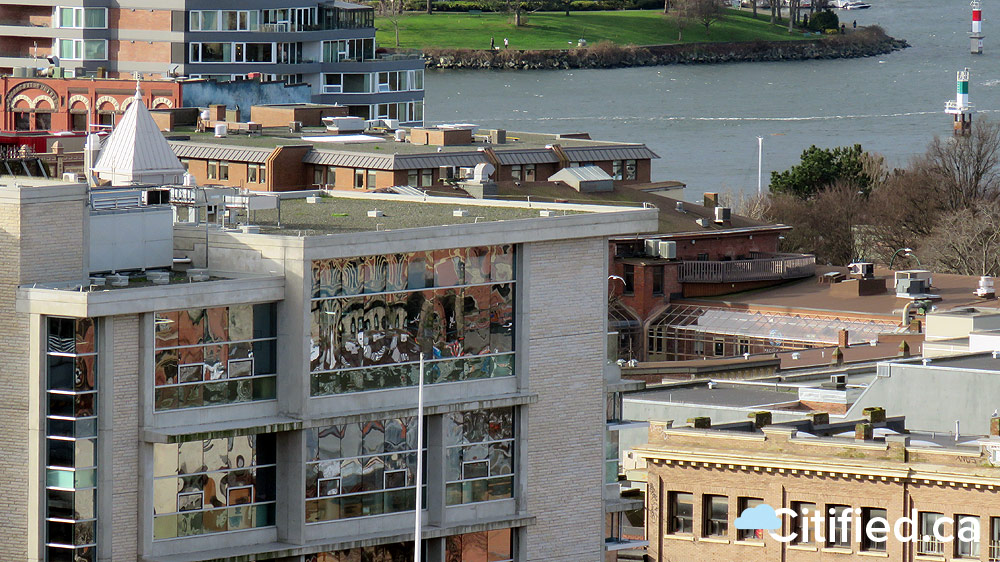