Could the sun be setting on Victoria's supply of new housing? The development industry says should council introduce a housing policy aimed at subsidizing a portion of rental apartments by other renters or condominium owners in the name of affordability, the financial viability of delivering new housing stock to the Capital could be in jeopardy.  Citified.ca

condos, rentals, Downtown Victoria, Urban core
Victoria council's affordable housing agenda could derail the supply of new homes
MIKE KOZAKOWSKI, CITIFIED.CA
Real-estate developers are sounding the alarm ahead of a vote by the City of Victoria’s newly-minted council to move towards a housing policy which could inadvertently derail the supply of new rentals and condos within the municipality.
The Victoria chapter of the Urban Development Institute (UDI), a non-profit association that supports the real-estate development industry through information, education and representation, has issued a statement asserting that the City’s Interim Inclusive Housing and Density Bonus Policy will obstruct the construction of affordable housing rather than foster the creation of much-needed inventory.
If adopted at today’s Committee of the Whole meeting, the interim policy would lay the foundation for requiring developers seeking municipal approvals for housing density higher than a property’s zoning allows to face new fees over and above existing density up-lift costs charged by the City (known as DCCs, or development cost charges).
Despite DCCs costing developers (and by extension the renters or condominium purchasers who occupy the dwellings) 75% of the increase in land value through a rezoning (i.e., a $1 million uplift in land value through a rezoning requires a $750,000 payment to the City), councillors Isitt and Loveday believe developers should pay even more to create affordable housing, and they plan to introduce a motion to push for yet another level of taxation in the name of inclusive housing.
“[Their plan] goes against the intent to build more supply in the city, and in fact, accomplishes the complete opposite in terms of more affordable housing,” says Kathy Hogan, executive director of the UDI. “UDI Capital Region has been engaged with City of Victoria staff through the last four to five terms, and we feel this decision goes against all collaboration and good faith built over the years.”
The way council’s planned policy will work is by requiring upwards of 15% of a future condominium’s housing stock to be made available as rentals priced at an “affordable” rate. Furthermore, developers building fewer than a dozen units as part of a small-scale boutique development would now face fees of $200,000 per affordable unit should they choose to sidestep affordable homes within the project (i.e., a payment of $400,000 would be made to the City for not including two on-site affordable suites).
Developers building purpose-built rental projects would be required to price a portion of suites at 80% of the average value of a rental residence in Victoria as calculated by the Canada Mortgage and Housing Corporation. In other words, if a broad average of all one-bedroom apartments in the city rent for $1,000, developers would be required to offer a specific number of discounted units for $800 despite the cost to bring that unit to market stipulating a much higher rental price.
“As a stakeholder in the creation of the inclusionary housing policy, we are supportive in creating more affordable housing in Victoria,” says Hogan. “Our interest in the creation of this policy is twofold, in that we have the opportunity to contribute our expertise to the delivery of affordable housing but yet we must ensure that any new policy does not stifle investment in new projects in Victoria.”
On the surface the proposed changes are a noble pursuit. As Victorians struggle to make ends meet and adapt to rapidly escalating rental prices, the perception is that forcing developers to build new inventory that will be released onto the market at an artificial discount will solve the problem.
For real-estate lenders, however, the proposed changes introduce a level of risk that must be mitigated by non-subsidized tenants or purchasers paying higher sums for their suites, or financing will dry up.
Speaking on condition of anonymity to Citified, a local real-estate developer made clear what the outcome would be for his proposals – one of which is actively moving through the City’s municipal process – should the new policy be adopted as currently envisioned.
“I’d have no choice but to pull the plug,” the individual said. “Either I raise my prices for all tenants outside of the affordability threshold and run the risk of pushing those individuals to other projects or keep units sitting empty for longer periods of time, or I develop outside of the City of Victoria’s border. One way or the other my project could lose its financial viability as far as the lending market is concerned and that’s a serious cause for concern being echoed by the industry at-large.” C
Receive Citified's timely real-estate news straight to your inbox. Sign up for our newsletter. 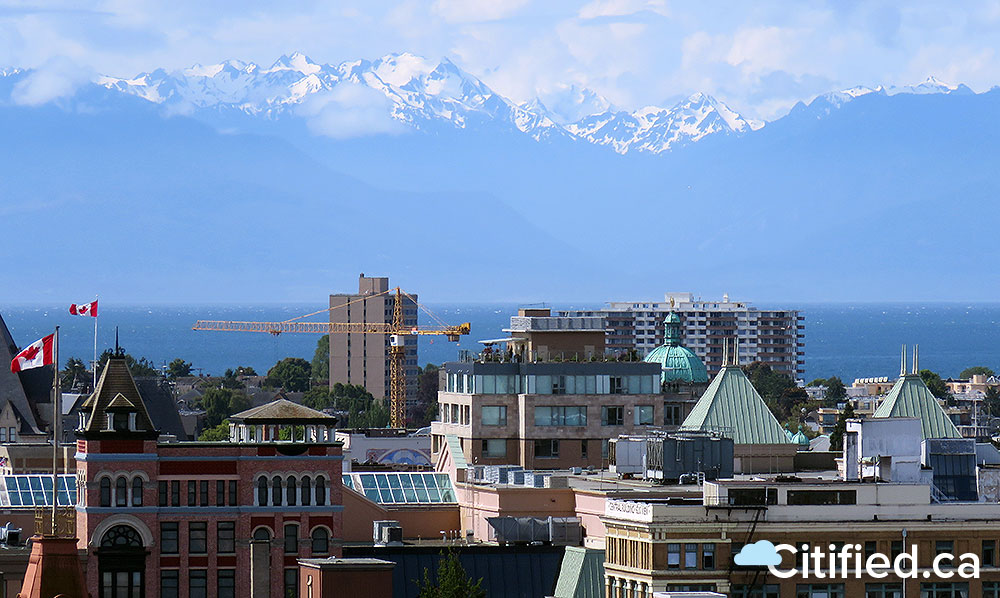