An artist's rendering of Hudson Place One, looking northeast from Fisgard Street near Douglas Street. The 25-storey will rise to 85-meters above the streets of downtown Victoria and claim the title of Vancouver Island's tallest building.  Townline

commercial, condos, Downtown Victoria
Victoria approves 25-storey Hudson Place One, Vancouver Island's tallest building
MIKE KOZAKOWSKI, CITIFIED.CA
History was made at last night’s City of Victoria council meeting with formal approvals for what will become Vancouver Island’s tallest building.
The 25-storey, 176-unit Hudson Place One mixed-use condominium and retail tower will rise 85-meters (75-meters for residential levels, plus 10-meters for the mechanical penthouse and ornamental crown) above the 700-block of Herald Street at downtown Victoria’s Hudson District. The highrise will surpass Vic West's 66-meter tall Promontory tower, Victoria's current tallest, and Nanaimo’s 76-meter tall Beacon tower.
During a presentation before council and members of the public, Vancouver-based developer Townline outlined the company’s request for several variances to an earlier 24-storey design approved in 2006.
Following a public comment opportunity that saw no constituents speak to the proposed changes, council voted five-to-three to approve Townline’s revisions.
However, confusion among elected officials arose over the tower’s permitted height within its site-specific zone at the Hudson District as well as within its immediate area.
“It’s frustrating that we had to address the building height issue before council despite City staff having articulated that we had already secured approvals for a 72-meter design a decade ago,” said Justin Filuk, Townline’s director of development in Victoria. “Although our variance requests were the outcome of a 75-meter design and permission to include a rooftop terrace for residents, some members of council became apprehensive over the building’s height and appeared unaware of what had already been approved.”
The issue of affordable housing was also raised by councillors who questioned whether the Hudson Place One tower or the Hudson District's final phase, Hudson Place Two, would incorporate below-market units.
Townline’s response was to point to the company’s partnership with Pacifica Housing that recently delivered 108-units of affordable housing to Vic West and which will yield a further 155-units in Colwood and Langford by year’s end. Townline also highlighted its commitment to building a mix of purpose-built rental units and condominium residences at the Hudson District as part of a concerted effort to address Victoria’s need for rental inventory despite the heated condo market.
“Aside from the work we do with Pacifica Housing to bring affordable homes to the region, we’ve always been up-front that our focus for the Hudson District has been on supplying demand for both condominium and rental housing as part of a mixed, vibrant community,” Filuk said, adding that “I particularly appreciated Councillor Loveday’s comment to the other councillors that the City should pursue a clear housing affordability policy that doesn’t take random stabs at infusing below-market homes within market condominiums towers.”
With municipal approvals in-hand, Townline will now focus on finalizing Hudson Place One's building permit and ramping up construction activity.
“Our construction team is ready to light it up, and the below-ground parkade is going to come up fast,” Filuk said. “Our sales and marketing team is preparing to officially launch sales later this summer. Registrations and inquiries regarding the building have been strong thus far and interest continues to grow.”
Although details pertaining to Hudson Place Two (planned for the District's Blanshard Street frontage) remain light, Filuk confirms the building’s permitting process will begin soon and a mix of office space, retail opportunities and residences is likely. C 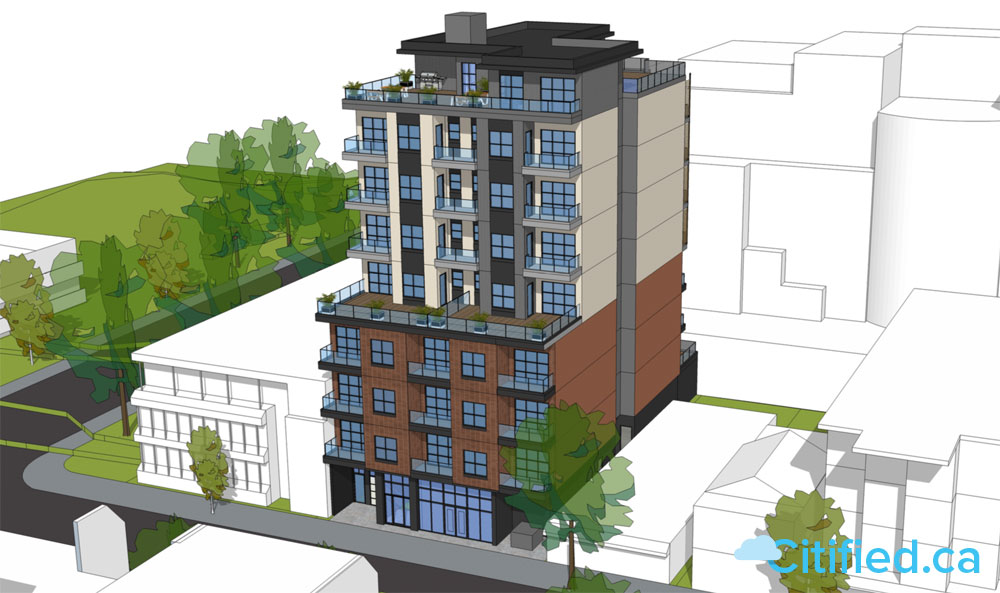