A rendering of The Quest, a four-storey condominium proposal for 2326 Oak Bay Avenue in the District of Oak Bay. Council voted to reject the 14-unit proposal on March 14th.  Large & Co.

condos, Urban core
After nine years of municipal planning, Oak Bay council rejects 14-unit residential proposal
MIKE KOZAKOWSKI, CITIFIED.CA
Oak Bay council has rejected plans for a 14-unit one and two-bedroom residential project nine years in planning for a parcel along Oak Bay Avenue.
During a March 14th meeting, councillors Hazel Braithwaite, Cairine Green, Esther Paterson and Eric Wood Zhelka voted to deny rather than send to a public hearing a rezoning and development permit application from Victoria-based development firm Large & Co. seeking approvals to build a four-storey condominium at 2326 Oak Bay Avenue on a site between two existing four-storey apartments.
Mayor Kevin Murdoch and councillors Tara Ney and Kevin Appleton supported sending the proposal to a public hearing.
Municipal staff, meanwhile, expressed full support for Large & Co.’s vision in a document presented to council, and municipal committees that included the District’s advisory design panel also backed the plans.
Following a lengthy debate, four of Oak Bay’s seven elected officials vetoed an option to send the project back to staff for review and changes, despite the developer’s years-long commitment to addressing feedback generated via the District, members of the public and council as part of its design presented during Monday’s meeting.
According to the developer, the next steps remain unclear, with the project’s path forward officially denied rather than being granted an opportunity to re-address municipal planners for further review, or sending the concept to a public hearing for public comment.
Large & Co.’s proposal, known as The Quest, first emerged in 2013 as a 15-unit project with 18 underground parking stalls designed by architecture firm Cascadia Architects. Appearing just ahead of what would become a 2014 Official Community Plan (OCP) update, the project’s density and scale were found to meet the requirements set out in the new OCP upon Large & Co.'s official application being filed with the District that year, and it adhered to multiple housing goals established by the District’s housing strategy.
Despite fitting within the confines of the new OCP, based on community feedback the developer undertook a removal of a fourth floor unit from the rear of the building (north face) in order to create a setback from an adjacent property, and due to a lack of support for an amenity space on what would have technically been a fifth (rooftop) level, a rooftop garden was removed, as was an exercise space for residents.
In addition, developers told council that an aging Garry Oak tree on a neighbouring property near 2326 Oak Bay Avenue's property line will be accommodated through the removal of several underground parking spaces to protect its root structure. Large & Co. has also implemented a $40,000 tree budget that would fund Oak Bay’s urban forest renewal program to the tune of $10,000, allocate $5,000 towards the planting of new trees, and provide the strata adjacent to The Quest’s location with $25,000 for tree protection.
As part of its transportation plans, The Quest will provide 14 bicycle stalls with electric charging capabilities, 14 underground parking stalls, a boulevard beautification investment will create a public bench along the building's Oak Bay Avenue frontage, and a ‘bump-out’ crosswalk for pedestrians at Oak Bay Avenue and St. Patrick Street will be constructed.
A representative from Large & Co. tells Citified the company will be reviewing its options in light of council’s decision.
Elsewhere in the District, council recently approved the redevelopment of the single storey Casey’s Market property on Central Avenue at St. Patrick Street into a three-storey, mixed-use ground floor retail and six-unit residential project.
According to the latest census data from Statistics Canada, Oak Bay’s population declined by 104 people to 17,990 between 2016 and 2021. The District’s housing supply increased over the same period by 46 homes. C
Receive Citified's timely real-estate news straight to your inbox. Sign up for our newsletter, and connect with us on Facebook: 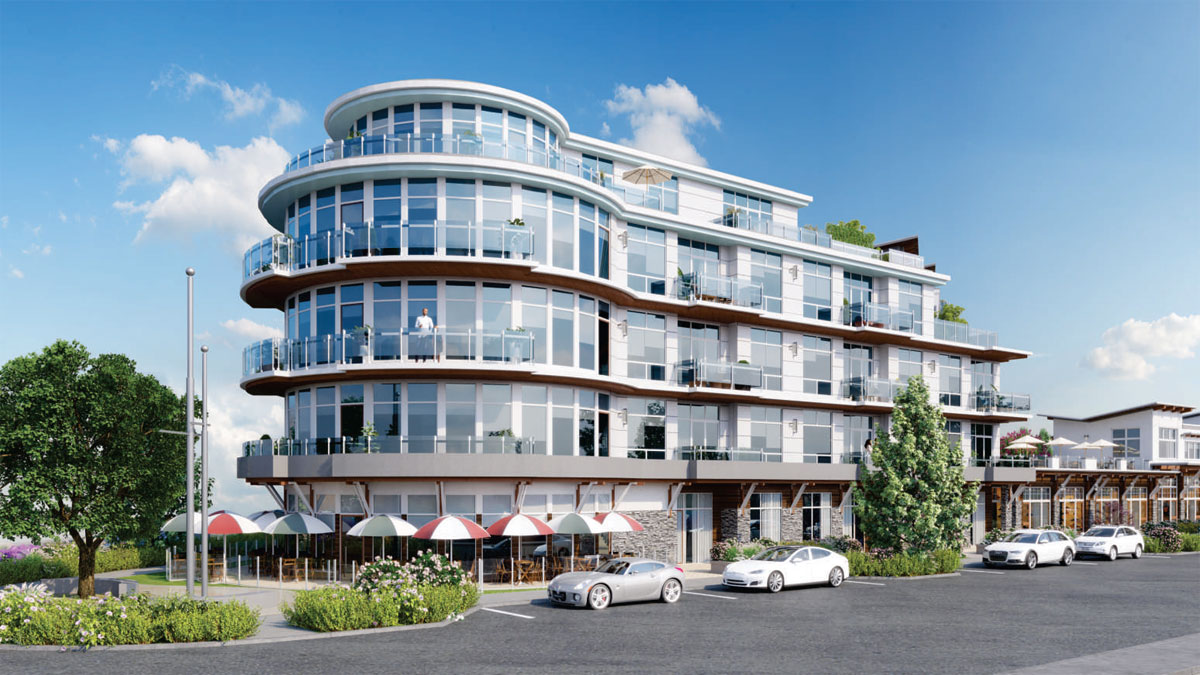