An artist's rendering of Horizon, phase 3. The nine-storey condominium residences will rise as the signature building at Vic West's Railyards community along the Upper Harbour.  Le Fevre & Company

condos, Urban core
Nine-storey, 79-unit final phase of Vic West's Railyards community revealed
MIKE KOZAKOWSKI, CITIFIED.CA
The final and most prominent phase of Vic West’s harbourfront Railyards community is now before City of Victoria planning officials, Citified has learned.
Proposed as a nine-storey concrete lowrise with 79 condominium units – in bachelor, one-bedroom, one-bedroom plus-den, two-bedroom, two-bedroom plus-den and three-bedroom layouts – The Horizon, phase 3 will culminate nearly two decades of development activity at the multi-acre former railroad staging yard along the Upper Harbour.
Developer Le Fevre & Company is pursuing a terraced design for the Railyards’ signature building that architect Stephane Laroye describes as an “expressive gateway to Victoria West" and one that is of a "quality worthy of the final [phase] of The Railyards."
By providing a stepped back massing, Horizon, phase 3 will allow for a greater number of suites with expansive terraces while reducing shadowing on neighbouring Horizon phase 1 and phase 2 condominiums (the former completed in 2017 and the latter currently under construction with occupancy slated for later this year) and the future Bridge Park planned adjacent to the Point Ellice Bridge (commonly referred to as the Bay Street Bridge).
The Horizon’s parking will be in the form of an underground parkade containing 105-stalls, seven of which will be available to visitors.
Pending municipal approvals, the last phase of the Railyards could be under construction next year with completion by 2021.
Adjacent to Horizon, phase 3 Le Fevre & Company will also construct a new green space known as Bridges Park. The park will be situated between the Horizon buildings and the Galloping Goose Regional Trail that winds along The Railyards' eastern perimeter.
Underway since 2003, The Railyards is comprised of 21 buildings situated along Tyee Road between the Galloping Goose Regional Trail’s Selkirk Trestle and the Point Ellice Bridge. The Railyards’ make-up includes townhomes, woodframed condominium residences and a two-storey commercial component. C
Receive Citified's timely real-estate news straight to your inbox. Sign up for our newsletter. 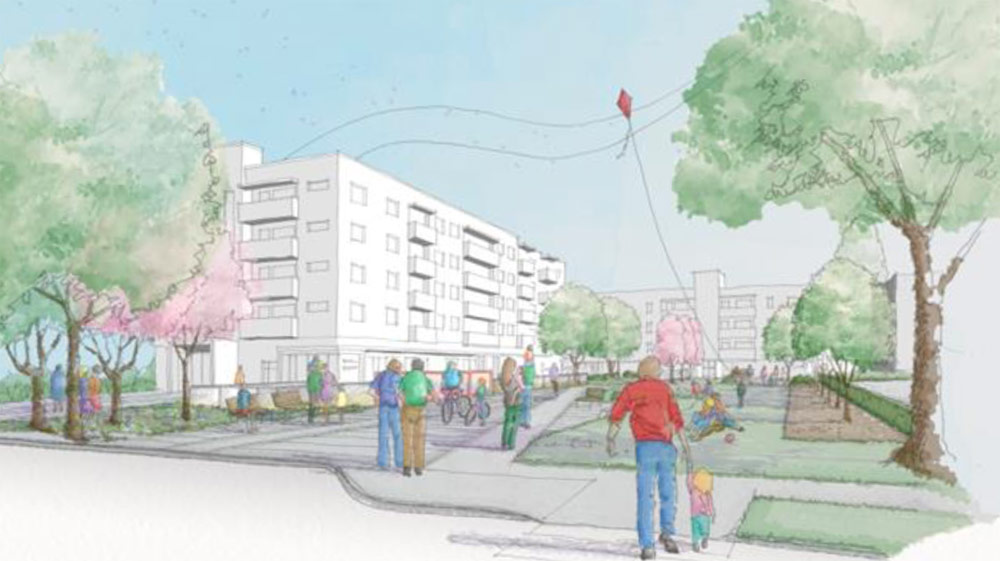