The California-based luxury electric automobile maker has its eyes set on the capital region in a bid to expand its presence in Canada.  Tesla Motors.

Palo Alto, California-based Tesla Motors has its eyes set on Victoria as part of a bid to expand its presence in Canada, according to a source who spoke to Citified on the condition of anonymity.

Tesla Motors, coveted for its industry-leading line-up of luxury, high performance electric vehicles reportedly lost a bid to secure a property formerly occupied by the recently closed West Marine boating supply retailer on Douglas Street at Summit Street. The winning bidder has been confirmed as Audi Autohaus, currently situated east of downtown Victoria at Cook and Yates streets. The dealership will likely relocate its entire operation to Douglas Street's "automobile row" where dealers selling the likes of Porsches, Jaguars, Land Rovers and Lexus' have invested millions of dollars into upgraded vehicle showrooms. No doubt this has whetted Tesla's appetite for what has become Victoria's luxury automobile strip.

The West Marine property was formerly part of a consolidated land acquisition spanning several lots along Douglas Street where plans were afoot to build a modern Canadian Tire store. Canadian Tire's existing Douglas Street location is situated one block north of the former boating supply retailer, however, the company opted to drop its Douglas Street expansion plan in favour of a new location in the space formerly occupied by Target Canada at Hillside Centre.

As for Tesla Motors, the auto maker continues to investigate opportunities for locating a showroom in Victoria. C 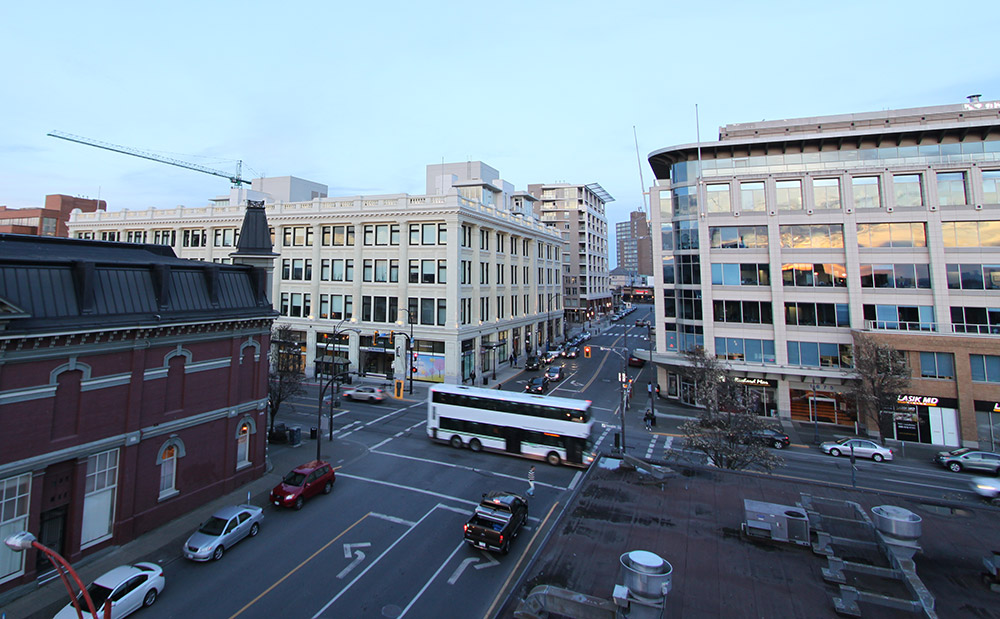