A rendering of Telus Ocean, a 10-storey office tower now under construction in downtown Victoria on Douglas Street at Humboldt Street. The project is one of three office developments eyed for the downtown core.  Telus

commercial, offices, Downtown Victoria
Telus Ocean's construction start launches office space boom in downtown Victoria
Mike Kozakowski, Citified.ca
Construction on downtown Victoria’s newest office complex is getting underway as Telus Ocean, a state-of-the-art investment by Vancouver-based telecom Telus Communications Inc.
Coming to 767 Douglas Street at Humboldt Street on a lot formerly owned by the City of Victoria, Telus Ocean will deliver nearly 154,000 square feet of office space and an additional 5,300 square feet of retail leasing.
Rising to 10-storeys, Telus Ocean will stand among the Capital’s tallest office buildings and serve as the southern-most office landmark of the downtown.
Victoria council approved the project following a public hearing in December of 2021. At the time, the construction budget was pegged at $100 million, with completion targeted for 2024.
In planning since 2019 and formally submitted as a rezoning application before the City in 2020, the proposal was seen as a strategically important investment into Victoria’s downtown core following economic challenges brought on by the COVID-19 pandemic.
Designed by Diamond Schmitt Architects, Telus Ocean will provide employment space for hundreds of workers and include industry-leading building advancements that will help train Victoria trades on constructing future landmarks utilizing cutting edge materials and technologies. Telus plans to situate some 250 employees at the tower initially, with expansion potential to 450 employees. Additional tenants have not been confirmed.
In terms of public amenities, approximately 38,000 square feet of public space surrounding the tower will be improved as part of the overall scope of the site, including frontage improvements to Douglas Street, improvements to a plaza between the project site and the Crystal Gardens events venue and the rejuvenation of Humboldt Street between Douglas Street and Penwell Street. The project will also include public areas within the tower’s ground floor level, and its two top-most floors will serve as bookable space for local groups and organizations.
In other office building news, Jawl Properties recently secured approvals for a ten-storey office block at the site of Blanshard Street’s Capital 6 Theatre. The tower, known as 1221 Blanshard Street, will include over 152,000 square feet of offices and just under 170,000 square feet of total floor space. It follows in the footsteps of significant investments by Jawl Properties into Victoria's office market with 101,000 square feet of offices at 1515 Douglas Street (built in 2018), 178,000 square feet at 750 Pandora Avenue (built in 2018), and 235,000 square feet at James Bay's Capital Park development (two completed in 2017 and 2019).
At the north end of downtown Victoria, meanwhile, council has sent an application from Chard Development to a public hearing that includes 41,000 square feet of offices and three residential towers of 16 to 21-storeys. The mixed-use project is slated for Douglas Street between Caledonia Avenue and Discovery Street in the location of a former White Spot restaurant and the City Centre Hotel.
In total, downtown Victoria’s office inventory will increase by nearly 350,000 square feet upon completion of all three projects. C
Receive Citified's timely real-estate news straight to your inbox. Sign up for our newsletter, and connect with us on Facebook: 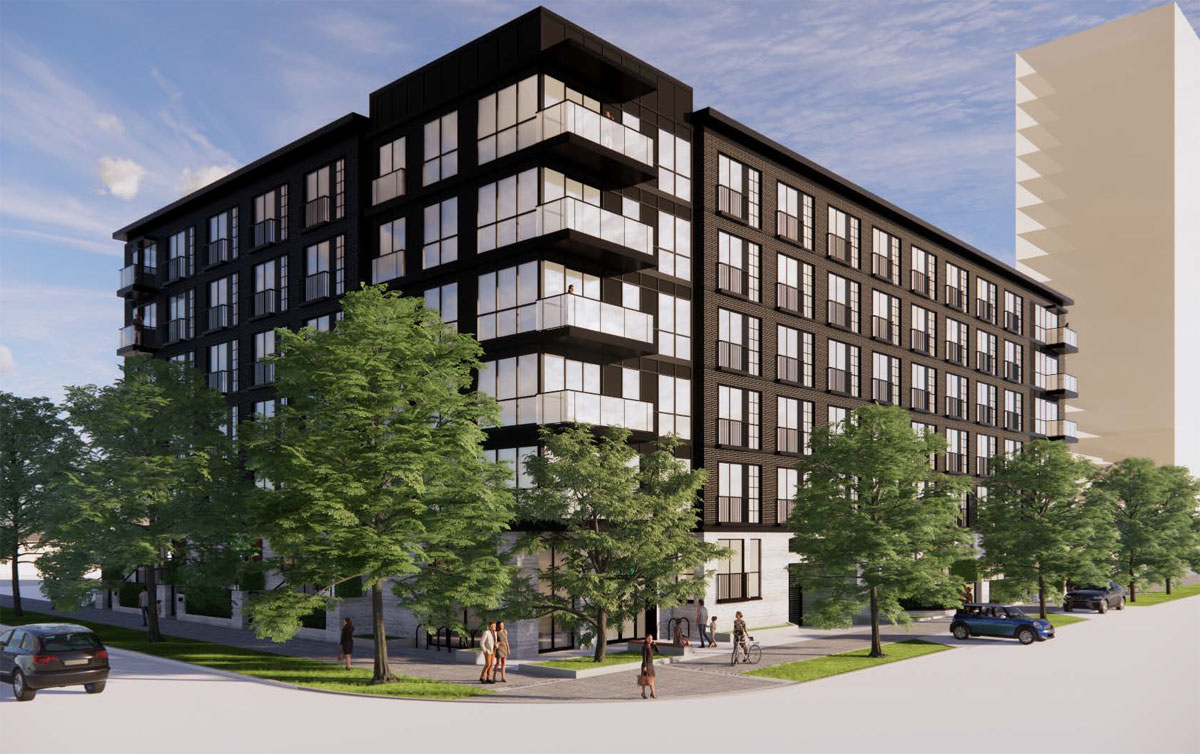