commercial, condos, Saanich Peninsula
Sidney condo proposal in the works since 2008 pursuing new design, more density
MIKE KOZAKOWSKI, CITIFIED.CA
A long and winding road for a condominium proposal at Sidney’s Marina Park Marina could be coming to an end as revamped project plans emerge 14-years following initial approvals.
The new vision for 2060 White Birch Road in Sidney’s north end has been submitted to the township at the hands of Winnipeg-based AtLRG Architecture. The design features no ‘back’ of the building, with windows and balconies occupying all four sides of a proposed four-storey complex sited as an angled footprint featuring cascading terraces.
AtLRG’s submission replaces a four-storey proposal that received council’s blessing in 2018, which was much the same as an earlier iteration that garnered approvals a decade prior after a tumultuous planning process. The primary difference with the new design is an avant-garde architectural statement and a near doubling of residential density to over 60-units of one, two and three-bedroom homes. The new proposal is also one building in lieu of two.
Parking for the project, according to submitted plans, will accommodate 63 stalls for residential use, a further seven stalls for commercial use (the project includes one ground level retail space), a stall for a marina office and 32 spots accommodating Marina Park Marina’s berths.
The application is currently under review by township planners.
Sidney's north end and the eastern shores of North Saanich have seen a surge in development activity in recent years, with multiple condominium buildings and subdivisions featuring single-family-homes and townhomes emerging as new-builds. The area most recently saw the completion of a three-building condominium community, known as Regatta Park, and a subdivision of single-family-homes dubbed Bridlewood Lane. C
Receive Citified's timely real-estate news straight to your inbox. Sign up for our newsletter, and connect with us on Facebook: 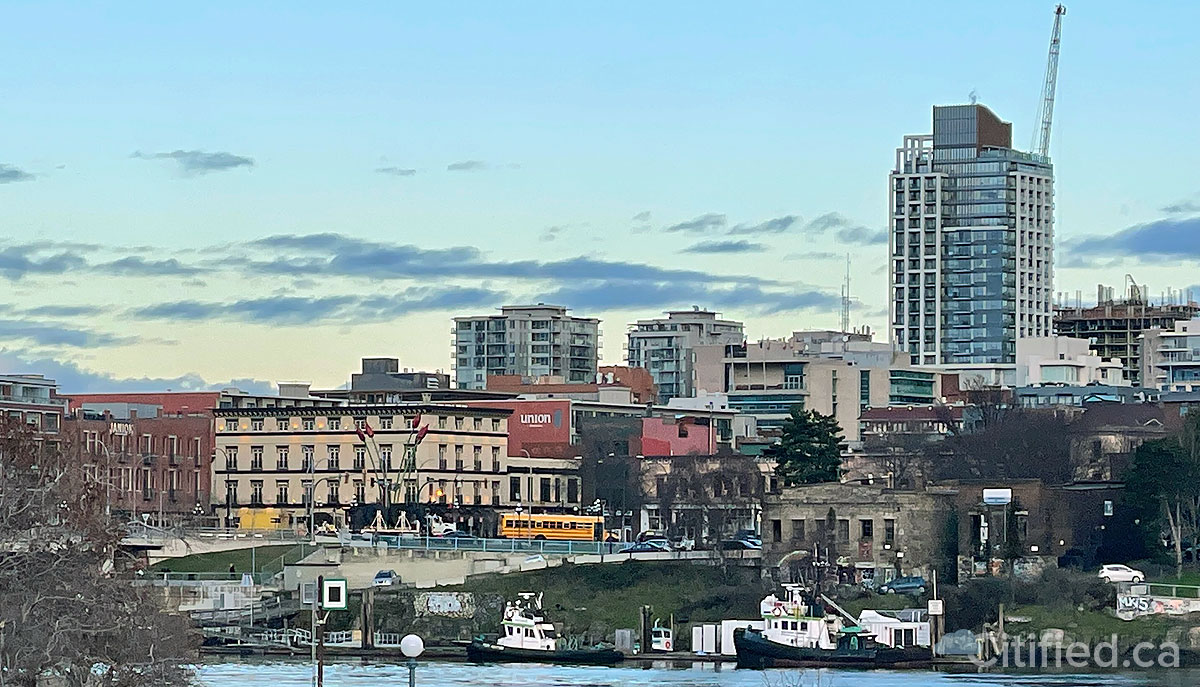