commercial, rentals, Urban core
Saanich developers drop condo plans in favour of rental suites
MIKE KOZAKOWSKI, CITIFIED.CA
Two condominium proposals in Saanich have been re-envisioned as purpose-built rentals, according to documents filed with the municipality.
Tri-Eagle Development Corporation’s Radius at Royal Oak project, originally slated to become a condominium residence along the 4300-block of West Saanich Road, will start construction later this year as a six-storey, 66-unit purpose-built rental complex.
“We realized throughout the planning phase for Radius that there is tremendous demand for workforce and down-sizer purpose-built rental housing in Royal Oak,” said Oliver Tennant, Tri-Eagle’s Development Coordinator. “Although initially planned as a condominium, condo-quality rental apartments became our focus and it has been a pleasure working with the Royal Oak Community Association and District of Saanich throughout this process.”
The woodframe building, comprised of 31 one-bedroom and 35 two-bedroom suites, will also mark the final development phase at Tri-Eagle’s Tri-Eagle Plaza situated along West Saanich Road at the southern edge of the Royal Oak Shopping Centre.
Occupancy for Radius is expected by late 2018 or early 2019.
Over in Saanich’s Uptown district Abstract Developments has reworked its 433 Boleskine Road (at Whittier Avenue) proposal from a 60-unit woodframe condominium project to a 95-unit purpose-built rental building with just under 5,700 square feet of ground floor commercial space.
Consisting of 61 studio and 34 two-bedroom units, 433 Boleskine represents Abstract’s largest project to-date and the company’s first entry into the purpose-built rental market.
Approved as a condominium residence in 2013, the re-envisioned proposal will require final approvals from Saanich. Once approved, construction could be underway as early as this year with occupancy in 2019.
The region’s traditionally low rental vacancy rate has fallen to less than half a percentage point as demand far outstrips supply of available rental housing. Despite nearly 1,600 purpose-built rental units currently under construction throughout the region, the vacancy rate is expected to remain below 1% into 2019. C 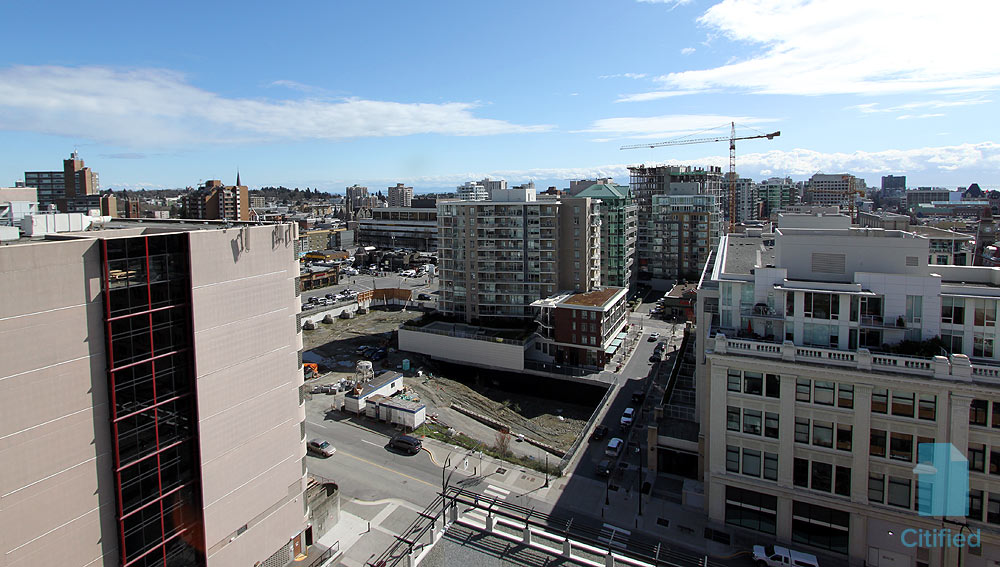