An interior shot of a residence at Mike Geric Construction's The Reeve development, comprised of 36-townhomes in Saanich's Royal Oak neighbourhood. The Reeve is now sold-out, as construction on the project's final phase nears completion. Townhomes are facing significant demand pressure throughout Greater Victoria as single-family-home prices continue to rise, and the desirability of suburban communities grows.  Mike Geric Construction

condos, townhomes, Urban core
Royal Oak's The Reeve townhome development sells-out amid 'middle housing' buying surge
MIKE KOZAKOWSKI, CITIFIED.CA
A recently completed townhome development in Saanich’s Royal Oak neighbourhood has reached sold-out status amid growing demand for Victoria’s ‘middle ground’ of housing.
The Reeve, comprised of 36 three-bedroom residences along Viewmont Avenue just a stone’s throw from West Saanich Road and the Royal Oak Shopping Centre, saw a surge in purchasing activity throughout 2020 as rapidly rising single-family-home valuations gave buyers further incentive to consider the benefits of townhome living.
“2020 proved to be the year of the townhome as Victoria’s real-estate market turned to larger living spaces, walkable suburban neighbourhoods and affordability relative to stand-alone family homes,” said developer Edward Geric, President of Mike Geric Construction. “Emerging needs like home-based offices, more space for families spending greater amounts of time together and private exteriors for pets or children really factored into buying decisions, and this gave townhomes like The Reeve a real advantage.”
Last year Geric and his team observed a trend among couples deciding on townhome living in lieu of condominiums, which have traditionally been the first step in homeownership among newlyweds and urban professionals. The reasons for the shift, Geric told Citified in the fall of 2020, was multi-fold.
“When you consider the cost of a larger two-bedroom condominium and that of a new-build townhome, the price disparity between them is no longer as large as it once was,” Geric said. “Many people are also working from home more often, so having multi-level spaciousness makes it easier to do that. You also have the benefit of a private garage, parking for more than one vehicle, an outdoor private green space and multiple decks. And that’s before you take into consideration the established neighbourhoods in which townhomes are often built, like at The Reeve where trails, parkland and shopping are nearby.”
Meanwhile, the company’s multi-phased Travino condominium, situated near The Reeve off Wilkinson Road at West Saanich Road, has concluded its sales campaign, too, with the recent purchase of a penthouse suite at the six-storey Travino Gardens complex. The deal concluded several years of home sales at Travino which added several hundred condominium and rental residences to Royal Oak.
With two high profile pre-sale campaigns now completed, Geric has turned his focus to a first-of-its-kind mass timber-designed condominium now rising in Victoria’s burgeoning Mayfair District.
Geric and construction partner Farmer Construction will deliver nearly 250 residences to the 600-blocks of Frances and Speed avenues in a duo of buildings known as Tresah West, a 12-storey highrise tower constructed from state-of-the-art cross-laminated and glue-laminated timbers, and Tresah East, a six-storey lowrise counterpart.
Suites in Tresah West include one and two-bedroom homes. First floor loft suites with exterior entrances and patios, and penthouses with private rooftop decks at Tresah West, will be released for sale at a future date. Tresah East features studio flats, one and two-bedroom homes.
First time homebuyers have shown significant interest in Tresah for its sustainability, starting price points below $300,000, and the opportunity to invest early in a new high-density neighbourhood. Convenience has also played a key theme among purchasers, given the project’s central location in the heart of the region with nearby access to major bus routes and cycling infrastructure. For those who do not plan on owning a car, Tresah’s sales team is selling parking only as an add-on, while two electric MODO car share vehicles will be available to residents on-site.
To learn more about Tresah and connect with the project’s sales team, view the website here. To visit Tresah’s presentation centre at Mayfair Shopping Centre on Douglas Street, call 250-532-7177 or email to info@tresah.ca to schedule a private appointment. C
Receive Citified's timely real-estate news straight to your inbox. Sign up for our newsletter, and connect with us on Facebook: 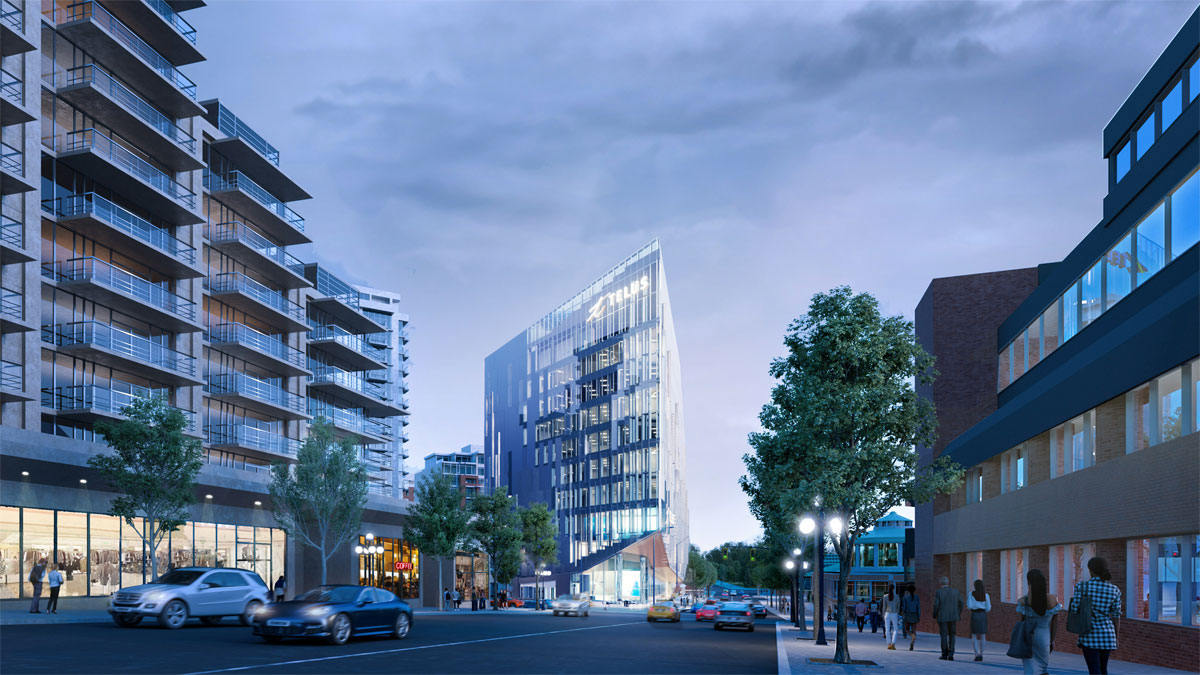