commercial, rentals, Downtown Victoria
Public to weigh in on five-tower, 1,500-unit downtown Victoria rental proposal on February 9th
Mike Kozakowski, Citified.ca
Victoria’s newly-elected council will hear from the public this winter on a proposal from Toronto-based Starlight Developments to build a five-tower rental development with expansive commercial spaces across one-and-a-half downtown blocks.
Starlight’s vision for the 900 and 1000-blocks of Yates and View streets in downtown Victoria’s Harris Green neighbourhood, known as Harris Green Village, had originally been scheduled for public comment under the former council led by Mayor Lisa Helps. However, cascading delays stemming from the City’s public feedback process for the Missing Middle Housing Initiative saw that hearing, and other municipal endeavours, pushed beyond the October 15th municipal election.
Council will now consider Harris Green Village during a public comment period on February 9th, according to the City.
Comprised of five residential towers in massings of 20 to 32-storeys, Starlight plans to situate approximately 1,500-units of rental housing at 1045 Yates Street at Cook Street, which until recently served as an automotive dealership (since relocated to the West Shore), and along the entire span of the 900-blocks of Yates and View streets (between Quadra and Vancouver streets) where London Drugs and The Market on Yates are currently anchor commercial tenants.
Starlight revealed its concept in December of 2019 which also responded to a long-time need in the city centre, a public green space and square. The company responded by providing this amenity approximately mid-way between the 900-blocks of Yates and View streets.
Since then, multiple architectural design refinements have been submitted to the City, including massing changes that resulted in less bulk in lowrise podiums, albeit more vertical height in towers.
The project’s first phase, on the Cook Street block, will include 80 below-market affordable rental suites among its 500-units in two towers of approximately 20-storeys, plus a modern space for The Market on Yates within a 40,000 square foot multi-tenant retail component at-grade.
Phase two and three in the 900-block of Yates and View streets will deliver a further 1,000-units of rental suites in towers up to 32-storeys tall, plus an additional 80,000 square feet of commercial space. The City of Victoria, meanwhile, will receive a 10,000 square foot community flex space within a podium as part of an amenity contribution from Starlight.
Speaking to Citified last year, the Downtown Victoria Business Association’s Executive Director Jeff Bray said the COVID-19 era has illustrated the importance for the City of Victoria to insulate its economy from market turbulence. Bray noted purpose-built rental proposals like Starlight’s are “critical” to the city centre’s vitality.
"For downtown to be successful it has to be diverse and inclusive, and we realize we really need the density, and most importantly diverse density, to sustain the downtown core long-term," Bray said, and continued:
"We need to build lots of low-income housing, lots of purpose-built rentals, high-end condos, housing for workers. But really it’s the purpose-built rental housing that is so critical, as it brings in the young professionals, the downtown workers, and ensures our employers operate in a community that provides attainable housing for their employees, and through this diversity our businesses can be more resilient to withstand any future downturn in the economy.”
Although Starlight’s most ambitious south Island development may be in downtown Victoria, the company is already working on the delivery of new housing at other sites in the Capital, including a collection of 24 rental townhomes along Michigan Street in James Bay. And construction is now underway on Bella Vista, a 235-unit, two-building rental project in Central Saanich near the intersection of Highway 17 and Mt. Newton Cross Road, and at 1110 McCallum Road in Langford, where a four-building rental development near the Leigh Road Interchange will deliver 597 rental units. C
Receive Citified's timely real-estate news straight to your inbox. Sign up for our newsletter, and connect with us on Facebook: 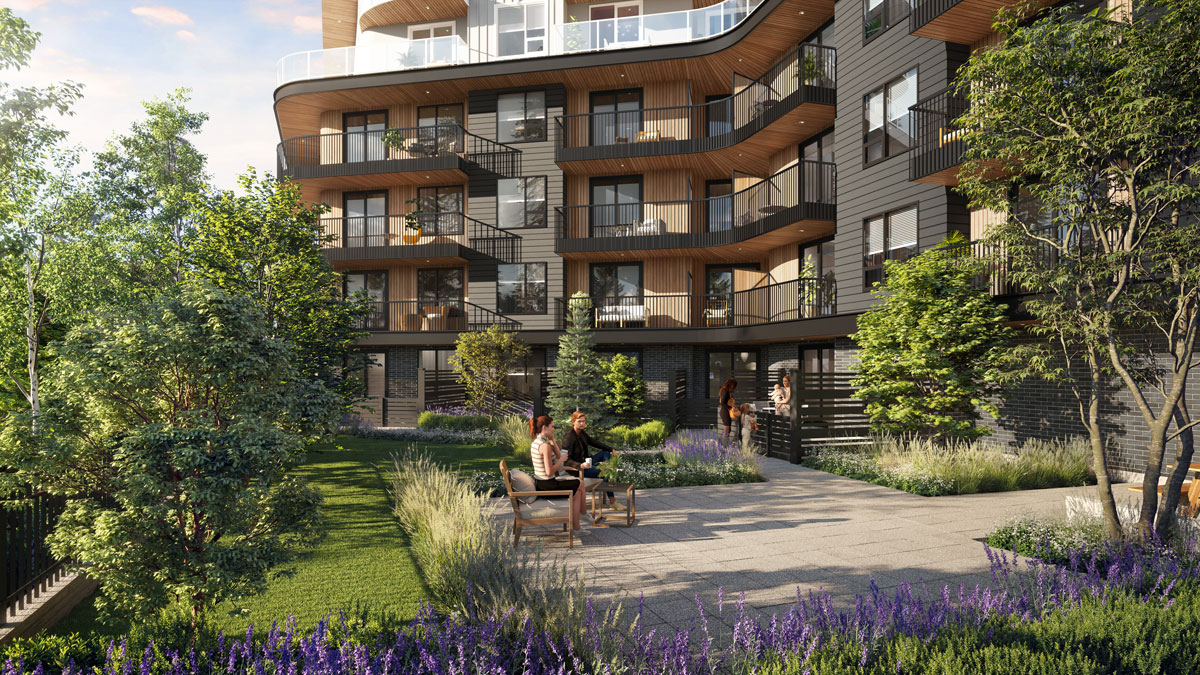