commercial, rentals, Urban core
Public dock and boardwalk at centre of 488-unit Gorge Waterway rental development
Mike Kozakowski, Citified.ca
A nearly 500-unit rental project envisioned for the 100-block of Gorge Road East in the City of Victoria’s Burnside Gorge neighbourhood could also include a significant public realm improvement along the Gorge Waterway, Citified has learned.
Proposed for 129-135 Gorge Road East, property owner Belmont Properties and partner Intracorp Projects have unveiled plans for a five-building redevelopment of the Oxford Motel (turned rental complex) and three rental blocks known as the Gordreau Apartments. The existing density totals 200-units, and is described by the proponents as nearing its end-of-life.
Belmont and Intracorp, along with architectural firm IBI Group, have designed a two-phase masterplan that will deliver 488 new residential units on the land, padding the City of Victoria’s rental housing stock by 288 net rental homes.
The effort is currently in its pre-submission to the City of Victoria, community engagement stage.

The buildings will also include multiple commercial units fronting Gorge Road E. as part of a mixed-use component serving as a community retail hub, and adding to what is expected to become a recreational destination at the Gorge Waterway side of the land holdings where a public dock will be flanked by a waterfront walkway.
Approvals for the dock, which will be designed to allow the launching of small watercraft like kayaks and canoes, will require both a municipal and federal blessing.

The long-term vision for the eastern shores of the Gorge Waterway, according to municipal initiatives described to Citified, is to work with land owners to build a boardwalk from approximately the Victoria-Saanich border south towards the Galloping Goose Regional Trail, which currently connects to a boardwalk fronting the Selkirk Waterfront community at the northern Gorge Trestle bridgehead. Belmont's and Intracorp's proposal would be the first step of this endeavour.
Intracorp’s Senior Development Manager, Matt Kolec, notes in a written submission to the City, that the proposal “carefully considers public access to the waterfront,” as one of its central tenets, and that the “building form, orientation, and quality public realm provides an inviting and universally-accessible connection to the waterfront.”
Developed in two phases, and pending approvals, work is expected to begin first on the Oxford site and its adjacent parking lot. A six-storey building will accommodate retail spaces at-grade and 174 market rental suites. Phase two will encompass the current Gordreau apartment lands where a public plaza and the waterfront component will materialize. 314 residences will rise in four buildings of a five or six-storey massing, depending on slope.
Suites will range in size from junior one-bedroom layouts to three-bedrooms, with parking situated in an underground parkade.
Kolec also says a tenant relocation strategy will be submitted to the City outlining an effort to assist existing residents with relocation plans in accordance with the City of Victoria’s Tenant Assistance Policy. C
Receive Citified's timely real-estate news straight to your inbox. Sign up for our newsletter, and connect with us on Facebook: 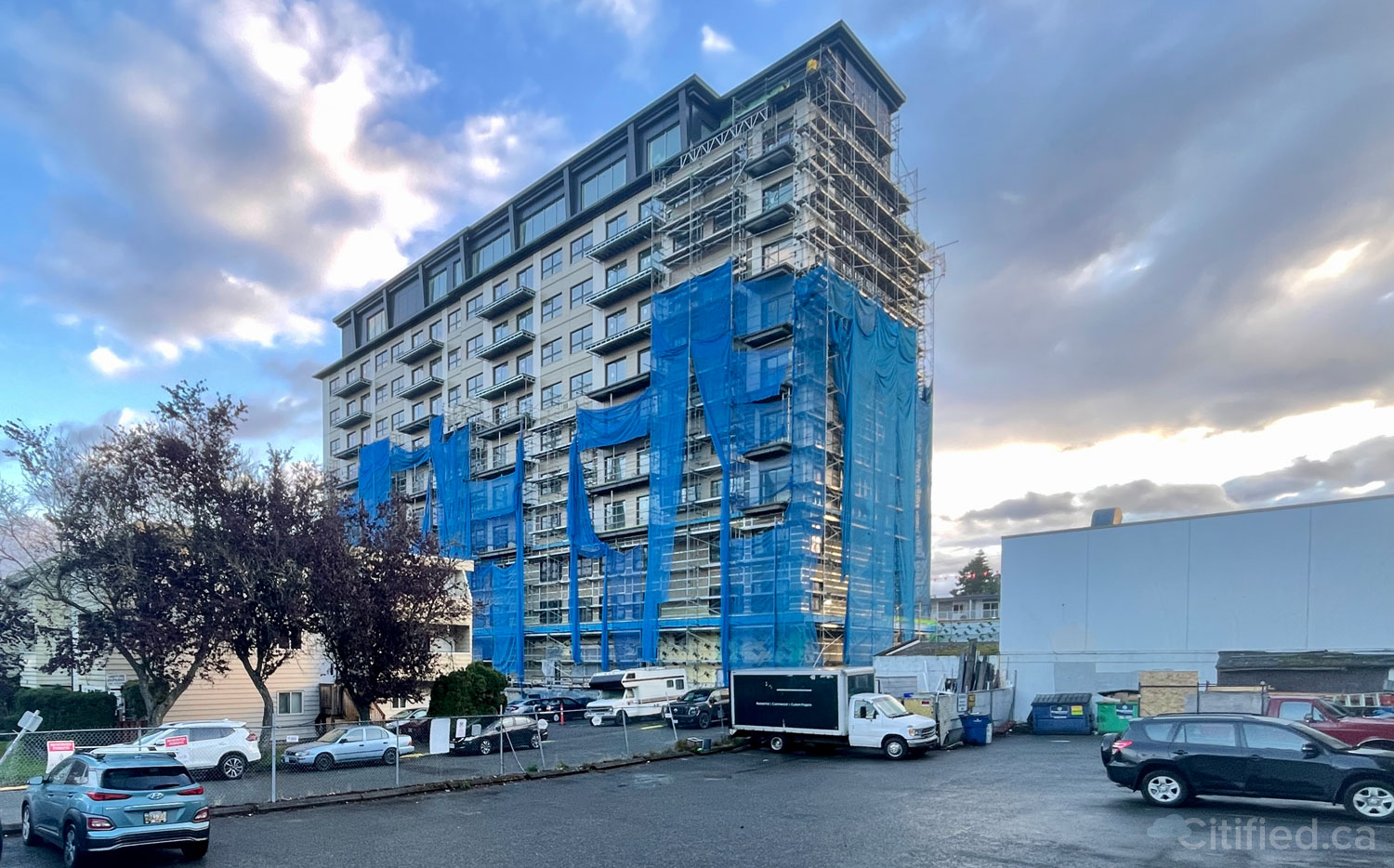