commercial, condos, hotel, Downtown Victoria, Urban core
Province nixes City of Victoria's "very costly" plan to tax AirBnB's as commercial properties
MIKE KOZAKOWSKI, CITIFIED.CA
The City of Victoria’s hopes of taxing short-term vacation rental (STVR) suites as commercial units rather than as residences have been dashed by the province.
Selina Robinson, the Minister of Municipal Affairs and Housing, has informed Victoria Mayor Lisa Helps that her request to have full-time and part-time STVR’s – and rooms individually rented out as STVR’s – re-assessed and taxed at significantly higher rates would itself be a “very costly” pursuit for BC Assessment and too onerous from a management and oversight perspective, according to a letter penned by Robinson on February 12th.
“Implementing such a proposal would be very costly, and it would be time consuming for BC Assessment (BCA) to identify the units to which this policy would apply,” Robinson wrote.
The City of Victoria’s desire for provincial policy changes allowing it to apply commercial taxation to properties used entirely for the purposes of short-term vacation rentals stems back to mid-2017 when the City sought feedback from BC Assessment on how to go about its new taxation idea.
Failing to make headway then, Mayor Helps reached out to Minister Robinson in November of 2018 and also raised the spectre of split assessments.
If the province sided with the City on its latest proposal and the 2017 idea to tax vacation rental residences as commercial properties, the move would have required BC Assessment to apply a split residential property classification should a room in a home be being used as a vacation rental, and track full-time residences used as STVR’s to classify them as commercial properties.
According to Robinson, such changes “would have substantial assessment policy, legislative and tax implications on a provincial basis.” The minister did, however, acknowledge that should the province pursue split assessments for residential properties Helps’ proposal would be taken into consideration.
STVR's, more commonly referred to as AirBnB’s for the website that popularized the practice of renting out full or partial homes to travellers, has been top-of-mind among Victoria politicians since 2016 when council began pursuing the idea of limiting the popular form of transient lodging as a means of solving what it referred to as a rental housing crisis.
By mid-2017 the City had created a framework for managing AirBnB's and relegated the practice to condominiums within a former transient zoning area that included parts of downtown Victoria and Vic West, and within private residences that only rented out spare rooms. New permitting and licensing fees were also introduced as a means of managing the industry while an American firm was tasked with monitoring listings and identifying non-conformers.
The AirBnB industry burgeoned over the last several years just as the Capital Region began shedding significant volumes of hotel room inventory. Numerous motels along Douglas Street and Gorge Road have been converted to rental apartments over the last decade-plus, while two downtown Victoria hotels (the Queen Victoria Inn and the Dominion Hotel) were stripped of their transient status and refurbished into residences. In addition to their re-purposing, the 13-storey Harbour Towers Hotel in James Bay is itself undergoing a seismic shift and transitioning into luxury apartments while the Victoria Plaza Hotel on Government Street at Pandora Avenue has closed and is in the midst of a municipal planning process to convert the complex into condominiums.
Despite significant reductions in hotel room capacity and a major clamp down on AirBnB lodging, there are currently no formal plans to introduce a new hotel to Victoria's downtown core or periphery areas (that being said, Langford saw an AirBnB hotel open last year), although given the recent rise in hotel occupancy rates and subsequent room charges, a purpose-built facility may be in the cards by the early 2020's. C
Receive Citified's timely real-estate news straight to your inbox. Sign up for our newsletter. 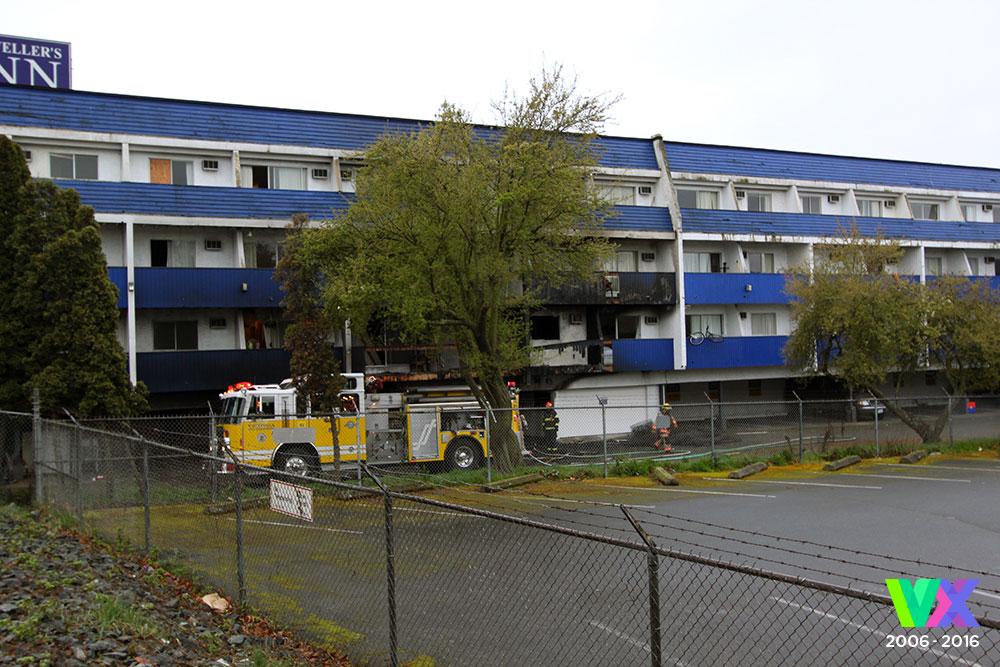