A six-storey office complex has been envisioned for 202 Harbour Road near Esquimalt Road, the site of a former proposal for an office building that failed to materialize. The property is flanked by the 15-acre Dockside Green project although it is not affiliated with that masterplanned community.  James E. Irwin Architect / Gain Group

offices, Urban core
Proposed office complex next to Dockside Green picks up where former concept failed to launch
MIKE KOZAKOWSKI, CITIFIED.CA
An office proposal eyed for Harbour Road in Victoria’s Vic West neighbourhood has been revived following the cancellation of an earlier iteration.
Rising to six-storeys, architectural firm James E. Irwin Architect (JEIA) has envisioned a nearly 45,000 square foot complex on a triangular lot just shy of the Harbour Road and Esquimalt Road intersection which goes before council on Thursday, October 15th in pursuit of a development permit.
Although the land is flanked by the 15-acre Dockside Green project, it is not part of that master-planned community and is a stand-alone proposal. In-keeping with Dockside Green’s environmental stewardship, however, JEIA's building will pursue the environmentally-forward LEED Gold sustainability designation.
Planned for 202 Harbour Road, the proposal emerges on a parcel formerly approved for a six-storey office building dubbed then as Harbour Landing. Harbour Landing received municipal approvals in 2013, although failed to proceed to construction. The land was subsequently sold in 2016 to its current owner, Victoria-based GAIN automobile group, which operates a BMW dealership a stone’s throw from the proposed office building and several showrooms along the Douglas Street automotive strip.
202 Harbour Road’s usage is described as office across all six levels. A combination of surface and underground parking stalls will yield over 60 spaces. Public realm improvements will include a statutory right-of-way for pedestrians to access a future public plaza at Dockside Green, a sidewalk alignment in-keeping with Dockside Green's alignment, and a planted boulevard with rain gardens between Harbour Road and the sidewalk.
As for Dockside Green, its new owner (Vancouver-based Bosa Development) is in the early stages of a three-tower residential phase that will yield over 350 residences in a mix of condominiums and rental apartments. Following the completion of its last substantial phase (Balance) nearly a decade ago, the community’s construction ground to a halt save for a small office building, some 50 affordable apartments and a showroom built by Bosa ahead of its residential sales launch (anticipated in 2021). Meanwhile, a planned Merridale cidery proposed for Harbour Road as part of Dockside Green has yet to move forward. C
Receive Citified's timely real-estate news straight to your inbox. Sign up for our newsletter, and connect with us on Facebook: 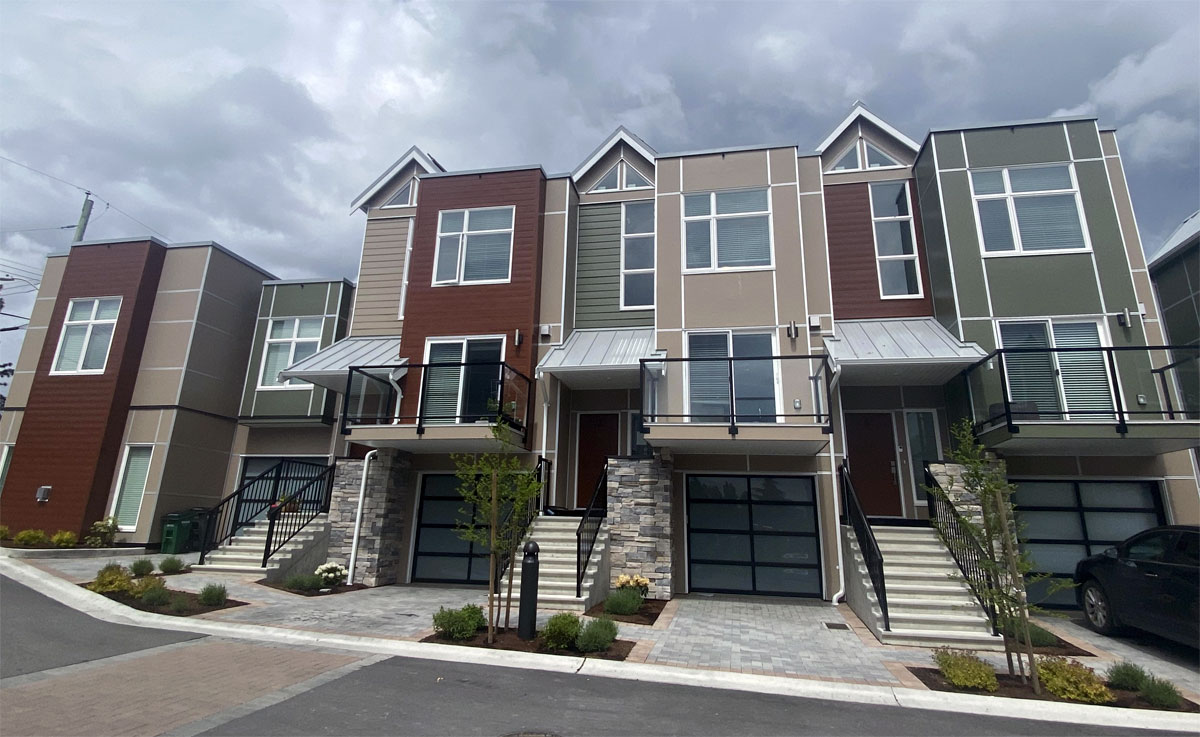