The newly completed Jukebox condominium at 1029 View Street is garnering attention for its move-in ready new-build residences in a real-estate market accustomed to pre-sale offerings for new homes. Developer Mosaic Properties Inc. set aside a collection of residences to list for sale upon the project's completion, a move that has seen a strong response from local buyers.  Mosaic Properties Inc.

commercial, condos, Downtown Victoria
'Move-in ready' new-build condos a hot commodity in downtown Victoria's real-estate market
MIKE KOZAKOWSKI, CITIFIED.CA
Victoria’s condominium industry is turning to an increasingly popular albeit under-supplied segment of the real-estate market with a focus on move-in ready purchase opportunities in lieu of traditional pre-sale offerings.
In new-build real-estate speak, the term move-in ready refers to completed suites available for purchase as part of a development project’s post-completion and final sales effort.
Already in-vogue throughout North America’s largest cities, the growing popularity of move-in ready condominiums is gaining traction in the Capital with local developers reserving select quantities of units for sale upon project completion rather than pursuing sold-out status during pre-sale (pre-completion) marketing phases.
“As Victoria’s condominium market matures we’re seeing a shift away from a nearly universal pre-sale focused sales drive, where purchasers must decide on which home to buy based off of floorplans and renderings, to one where a growing number of buyers will wait for finished product to cement their decision,” says Victoria REALTOR® Marko Juras.
Although the pre-sale industry has made considerable advancements in helping purchasers develop a remarkably accurate sense of the unit they’re eyeing, Juras says that presentation centres, artist’s renderings and digital walkthroughs still leave a degree of unfamiliarity for some. And given the lengthy construction timelines for multi-unit projects, an open-ended completion schedule has begrudgingly become the norm throughout the region.
“There is hardly a construction site in Victoria that has not experienced at least some degree of construction-related delays, so when you combine buying a yet-unbuilt space with the potential for relatively lengthy construction timelines, the result will yield buyers who want to avoid those scheduling conflicts and move in to their new home without obstacles,” Juras says.
With move-in ready listings a relative rarity in Victoria’s market, a just-finished condominium along the 1000-block of View Street has stood out with the launch of its post-completion sales phase.
The Jukebox, rising to nine-storeys at 1029 View Street in downtown Victoria’s Harris Green neighbourhood, has sold through a quarter of its roughly 40-suites of inventory – priced from the low $300,000s – that remained following the build-out of the 215-residence project.
Developer Fraser McColl of Mosaic Properties Inc. says the decision among his team to hold back on aggressively marketing the building’s remaining inventory prior to completion was a calculated one.
“We structured the sales campaign for Jukebox to retain a wide mix of floorplans and suite sizes for post-completion sales,” McColl said. “Key to our strategy was feeling confident that a healthy volume of buyers in our market are not interested in the waiting game of construction timelines, and who feel the home buying experience should be more tactile than referring to a plan and a showroom.”
The response to McColl’s offerings at The Jukebox has been swift with nearly a dozen deals made since mid-September on its remaining selection of studio, one-bedroom and one-bedroom plus-den layouts.
“The sales process once a building is completed is far more intimate and encompassing than the presentation centre approach, and when you remove all of the guesswork out of the equation it is remarkable how motivated purchasers are by what they see and how they interact with what may become their future home,” McColl says.
Jukebox’s weekly open houses held on Saturdays and Sundays between 1 and 4PM have also served as a benchmark among resident-owners and investors alike who have a chance to tour a completed building, its display homes and amenity areas. Such opportunities are usually reserved for pre-sale purchasers and their acquaintances, making the Jukebox a conversation starter between buyers and their agents given the novelty of a site visit.
“We’re definitely on the radar in town for offering move-in ready condos,” McColl says. “Hundreds of individuals are visiting our open houses and they’re gaining a sense of what modern condominiums are like and how they function, and they have the opportunity to see for themselves what sets our floorplans and finishings apart from other projects in Victoria.”
With projects like Jukebox serving as templates for successful post-completion sales campaigns, Juras expects more developers to pursue this sales avenue in the years to come, while financiers of major development undertakings could be inclined to embrace a wider spectrum of pre-sale and move-in ready sales ratios.
“We’re likely to see a greater focus on move-in ready inventory as the market becomes more inclusive of different buyer expectations. That is not to say some projects won't sell-out their units well ahead of completion, but the benefits of spreading out the sales timelines as Mosaic has done are tangible and evidently well received by the market.” C
Receive Citified's timely real-estate news straight to your inbox. Sign up for our newsletter. 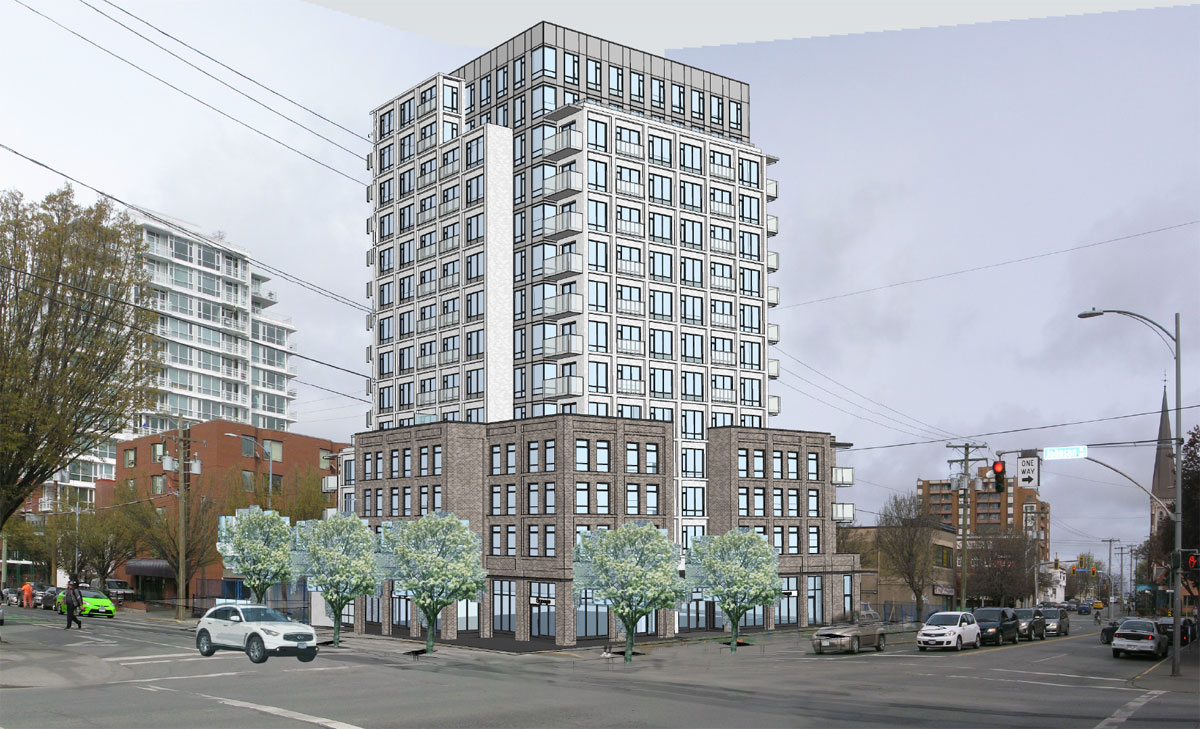