condos, Urban core
Meares Street parking lot adjacent to new BC Housing facility eyed for condo complex
MIKE KOZAKOWSKI, CITIFIED.CA
A 60-stall surface parking lot along the 1000-block of Meares Street is eyed for redevelopment into a six-storey condominium, Citified has learned.
Developer Jawl Residential has teamed up with property owner Fort Properties to propose an approximately 50-unit project at 1039-1043 Meares Street designed by Cascadia Architects with at-grade parking for roughly half of the homes.
The block will be sited adjacent to a six-storey BC Housing supportive residential facility currently underway at 1053-1075 Meares Street as part of a six-building initiative from the province targeting people at risk of or experiencing homelessness in the Capital Region.
To mitigate impacts on an adjoining property south of the development site, the developers have proposed retaining a row of trees as a visual buffer, and providing parking below a portion of the second floor plus exposed surface stalls in lieu of an underground parkade. The construction of a parkade would necessitate the removal of trees, the developers said during a recent public information session held with the community.
The layout will feature a lobby, bike room and a live-work suite on the first floor, with residences on floors two through six.
With the concept in its early planning stage, approvals are not anticipated until at least 2023 based on the pace of municipal planning in the City of Victoria.
Developer Jawl Residential is one of the Capital’s busiest homebuilders with two large-scale projects currently underway.
Along the 1000-block of Johnson Street, Jawl is building a mixed-use affordable rental tower with a new No. 1 fire hall for the Victoria Fire Department, as well as an ambulance station. The 11-storey tower is slated for completion next year. Meanwhile, work is underway on Redfern, a luxury condominium project on Oak Bay Avenue at Redfern Street on the Victoria side of the Victoria-Oak Bay border.
Fort Properties is the owner of a row of commercial units along Blanshard Street between Fort and Broughton streets. C
Receive Citified's timely real-estate news straight to your inbox. Sign up for our newsletter, and connect with us on Facebook: 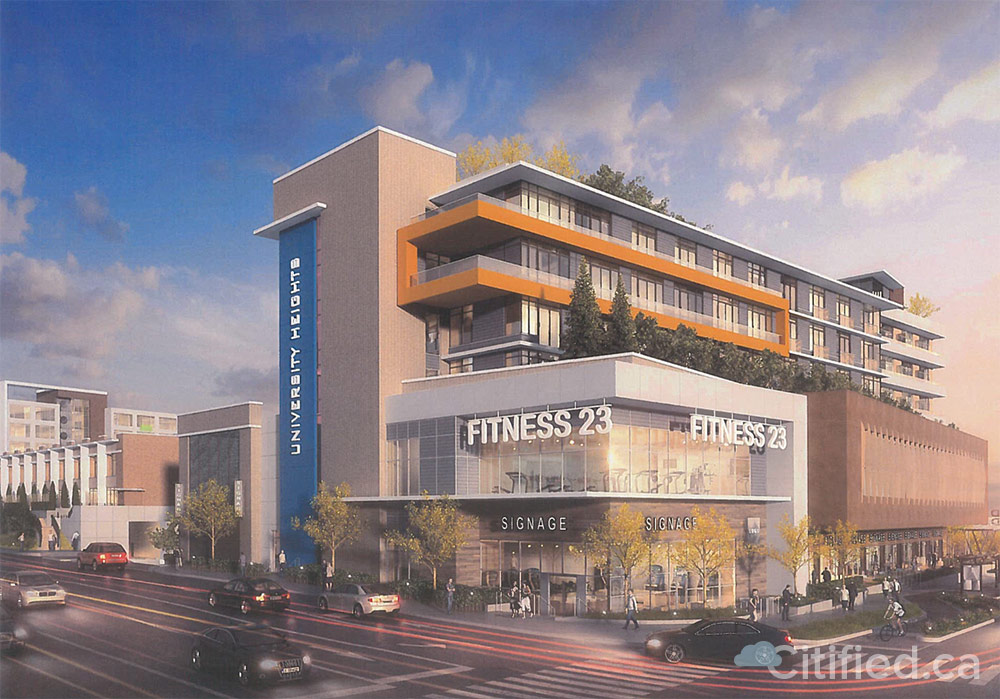