The three-storey 818 Broughton Street office complex has been sold by Chard Development to a Vancouver-based firm. The building was once the headquarters of Black Press.  Citified.ca.

The three-storey former Black Press headquarters at 818 Broughton Street has been sold for the second time in three years following a $2 million renovation and seismic upgrade.

Vancouver-based Chard Development purchased the 30,206 square foot office complex with below grade parking in 2013 from local newspaper tycoon David Black. The sale, which also included an adjacent surface parking lot to the east, was pegged at approximately $7.6 million.

Alongside cosmetic changes to both the interior and exterior of the building and a full seismic upgrade, Chard Development replaced the life safety systems such as interior sprinklers and exit signage, double pane windows were installed, bicycle storage was added to the parkade and all washrooms were made accessible. Meanwhile the surface parking lot began its transformation into an 84-unit, 10-storey condo project with ground floor commercial space. Dubbed Escher on Broughton, the lowrise tower is nearly sold-out and occupancy is expected in several months.

Neither the final sale price nor the purchaser have been confirmed, however, commercial real-estate brokerage Colliers International had the property listed for sale at $8.9 million and the purchaser is from Metro Vancouver, according to Chard Development’s president, Dave Chard.

818 Broughton’s current tenants include Black Press, Used.ca and the West Coast College of Massage Therapy. Chard confirms the buyer has no plans to alter the building's usage. C 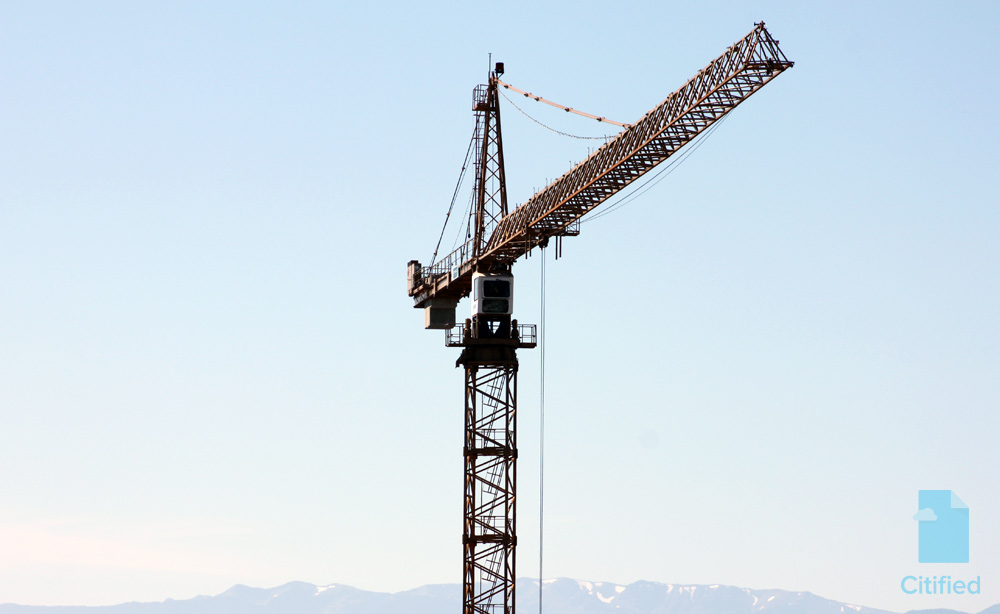 Residences at the Empress