Artist's rendering of the upcoming 9,000 square foot Tudor House liquor store situated at the intersection of Admirals and Esquimalt roads on the site of the former Tudor House Pub.  GBL Architects.

Construction is set to get underway on a 9,000 square foot liquor store at the former site of Esquimalt's Tudor House Pub overlooking the busy intersection of Admirals and Esquimalt roads.

Nearly three years since the historic pub burned down, excavation crews have arrived on-site and are preparing the land for builders. Formal construction is expected to begin by late June or early July.

The design of the Tudor House liquor store, however, is anything but faux heritage or a throwback to Tudor architecture.

GBL Architects of Vancouver is responsible for the liquor store's untraditional styling. Featuring extensive curtain glass walls and angular design cues, the building's avant-garde appearance is destined to make the liquor store one of the most unique commercial buildings in all of British Columbia and an Esquimalt architectural showpiece.

Esquimalt's town centre has been attracting plenty of development attention in recent years. A newly-completed four-storey rental building on Comerford Street is now fully occupied, and Vancouver-based Aragon has announced plans for Esquimalt's mixed-use residential and commercial "town centre" project on Fraser Street at Esquimalt Road. Aragon has also acquired the English Inn site on Lampson Street with ambitious plans for a development consisting of multiple residential buildings. And kitty-corner from the Tudor House liquor store the region's sixth Red Barn Market is planned to open next spring in the former BC Liquor Store building. C 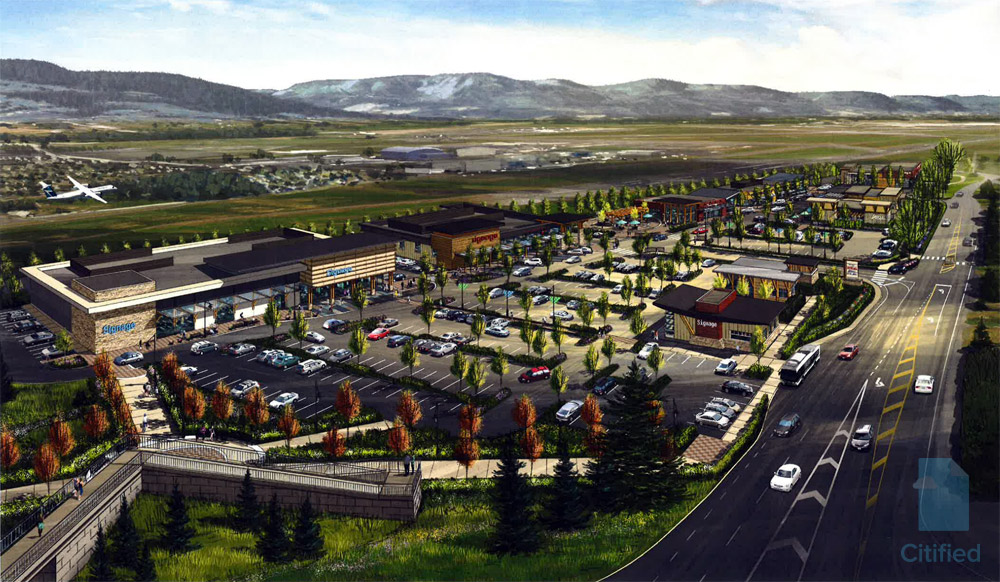