The Janion Hotel, now a micro-loft development on Store Street at Pandora Avenue, has been awarded a 2019 Governors' Award by the National Trust for Canada to recognize the efforts of project developer Jon Stovell of Reliance Properties. Stovell restored the former hotel, dating back to 1891, into a modern complex that also includes a new-build wing.  Reliance Properties

commercial, condos, rentals, Downtown Victoria
Developer behind Janion Hotel restoration and Northern Junk proposal receives national honour
MIKE KOZAKOWSKI, CITIFIED.CA
The President and CEO of Vancouver-based Reliance Properties has been recognized for the preservation of downtown Victoria’s historic Janion Hotel building.
The National Trust for Canada, a heritage preservation organization, has acknowledged Jon Stovell with a 2019 Governors’ Award for “his vision to bring the long-derelict Janion building on Victoria’s Inner Harbour waterfront back to life.”
The Janion’s restoration, which began in 2014 and culminated in 2016 alongside a new-build extension towards the harbourfront, produced 122 micro-loft residences and several ground floor commercial spaces.
A plaza on the building’s south frontage was incorporated into the Johnson Street Bridge replacement’s public realm and today the project stands as a landmark signifying the transition between Victoria West and downtown Victoria.
Built in 1891 as a railroad hotel, the 48-room Janion had been shuttered for several decades in the late 20th century and fell into disrepair. Reliance Properties acquired the building in 2012 and together with Merrick Architecture and Donald Luxton & Associates undertook a complicated effort that saw an extensive restoration with a seismic upgrade done to the old building and an expansion to the west with a seven-storey concrete addition.
In recent years the company has become move involved in Victoria's heritage preservation industry.
Stovell is currently pursuing a development plan on the south side of the eastern approach to the Johnson Street Bridge, a project which also includes a prominent heritage component.
Known as the Northern Junk buildings, Reliance's plan to incorporate the duo of low-rise structures into its 1314-1324 Wharf Street proposal goes back several years and includes multiple design revisions and scope changes.
The latest iteration calls for a six-storey mixed-use rental and retail project that will incorporate the Northern Junk buildings into the project’s ground floor treatment.
Meanwhile, Reliance Properties recently announced its acquisition of 780 Blanshard Street, an art deco-styled office complex dating back to 1940. Stovell and his team are exploring a variety of options for the site which include a restoration of the heritage building and a potential addition of several floors. Hotel, retail and office uses are being considered. C
Receive Citified's timely real-estate news straight to your inbox. Sign up for our newsletter. 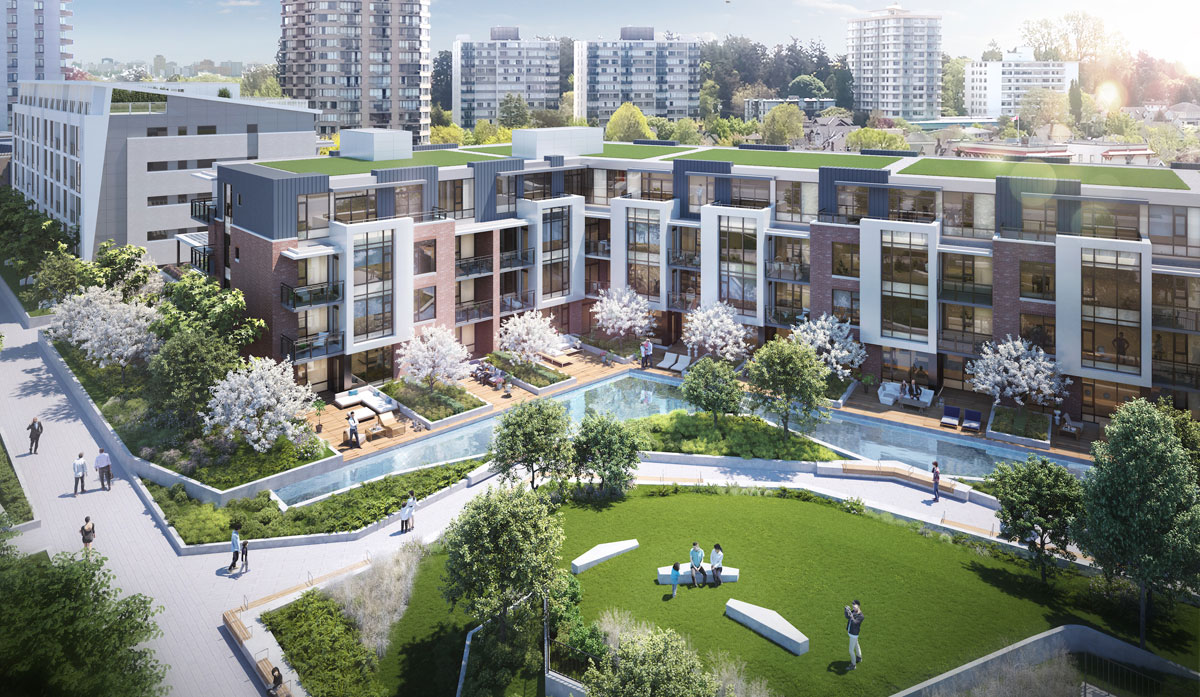