rentals, Urban core
Conversion of Harbour Towers hotel complex into rental apartments approved
MIKE KOZAKOWSKI, CITIFIED.CA
The City of Victoria has approved plans to convert James Bay’s 189-room Harbour Towers Hotel & Suites into 219 rental apartments.
The 13-storey hotel, erected in the 1970's at 345 Quebec Street between Pendray and Oswego streets, will undergo a significant make-over to accommodate modern residences in a building dubbed Harbour Towers.
Vancouver-based Omicron Canada, a representative of the project and the architectural firm behind the repurposing effort, expects work to get underway as early as this fall with completion anticipated some 20 months later.

Unit layouts will include studio, one-bedroom and two-bedroom suites – 15 of which will be offered as two-storey penthouses – while unit sizes will range between 301 and 1,313 square feet.
Although the hotel's exterior will remain largely unchanged save for restorative work to the building's stucco and brick façade, the lower floors will undergo a redesign as former commercial and meeting spaces are turned into residences. The building's ground level exterior will also be altered to accommodate a look in-keeping with residential uses.
Harbour Towers' transition into an apartment building is the latest among a growing trend in the Capital City. In 2014 Concert Properties converted James Bay’s Queen Victoria Inn on Douglas at Belleville streets into apartments, and in 2015 the City of Victoria’s oldest hotel, the Dominion (at Yates and Blanshard streets) was converted into micro-rentals.
On Government Street at Pandora Avenue the now shuttered Victoria Plaza Hotel will be taken down and replaced with a mixed-use residential and commercial building while approvals are in place to knock down the Admiral Inn on Belleville Street in James Bay and develop a residential highrise in its place. And currently underway in Esquimalt is the transformation of the township's Econolodge Inn & Suites (on Craigflower Road at Admirals Road) into rental apartments. C 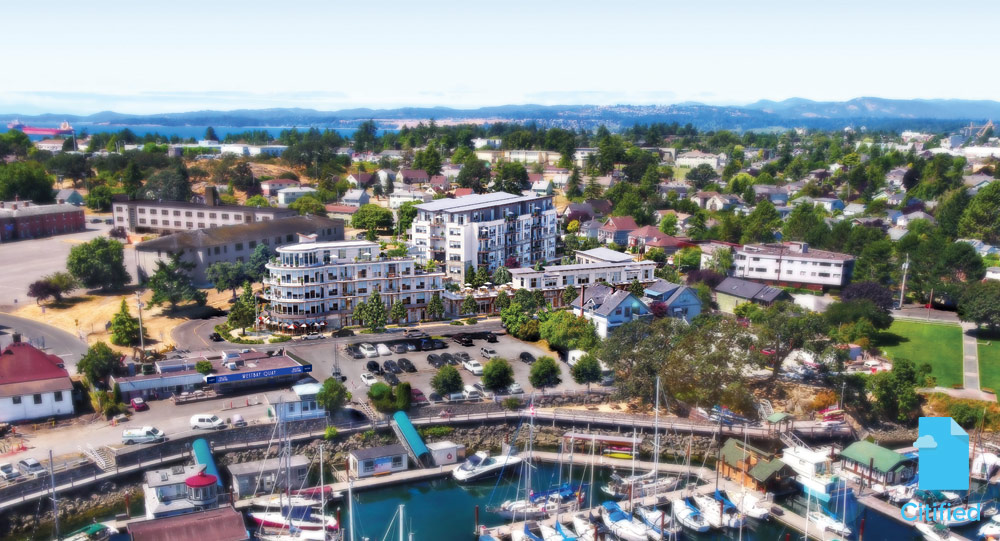