The Original FARM could open as Langford's first government-licensed marijuana dispensary in a shopping centre under construction along Jacklin Road.  The Original FARM

commercial, West Shore
Langford's first government-licensed cannabis dispensary could open next year
CITIFIED.CA STAFF
Langford’s first government-licensed cannabis dispensary could open next year in a shopping centre currently under construction in the Westshore community.
The newest location of dispensary chain The Original FARM – formerly known as Farmacy prior to government regulations mandating that retailers adhere to a naming convention as a component of licensing requirements – is planned for a retail space at the Belmont Market Shopping Centre fronting onto Jacklin Road and Jenkins Road near Westshore Town Centre.
Should provincial and municipal approvals be granted for the 4,468 square foot storefront, identified by Belmont Market developer Crombie REIT as a ground floor space within one of two upcoming rental residences at the development, would join FARM’s downtown Victoria and Oaklands locations.
Anchored by a Thrifty Foods grocery store, Belmont Market's assortment of retailers, restaurants and commercial operators will include a CEFA Early Learning private school for children, KFC, Fatburger, A&W and Anytime Fitness.
Langford’s path towards marijuana sales has been a tumultuous one with mayor Stew Young forcing the closure of dispensaries that attempted to set up shop in the municipality ahead of federal legalization of the cannabis industry. Other municipalities, such as the City of Victoria and the District of Sooke, permitted dispensaries to remain open while the federal government moved towards a regulatory regime introduced earlier this year. C
Receive Citified's timely real-estate news straight to your inbox. Sign up for our newsletter. 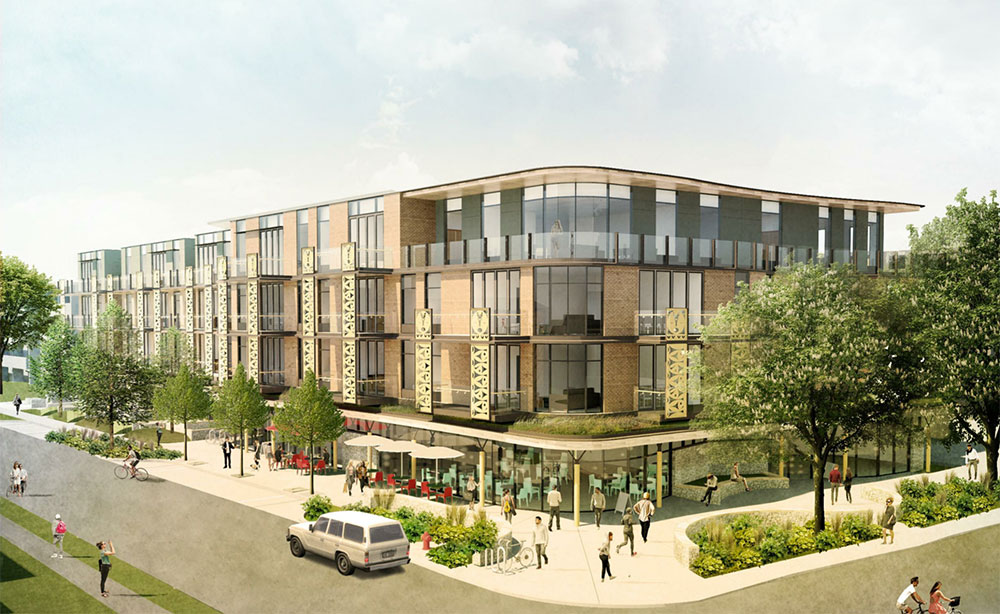