A massing diagram depicting 29 townhomes proposed for 2089 Champions Way atop Bear Mountain Resort in Langford. Due to a zoning technicality, developers behind the project are seeking approvals to build 29 townhomes in lieu of already approved density for 150-units of apartments or condominiums.  360 Pacifica/Terracap

condos, rentals, townhomes, West Shore
Bear Mountain developers seek less, not more, density at development site near resort’s village centre
Mike Kozakowski, Citified.ca
A road far, far less travelled on southern Vancouver Island for the purposes of securing development approvals is turning heads for its significantly lower, not higher, density ask.
Developers 360 Pacifica of Montreal and Terracap of Toronto have disclosed plans to build 29 townhomes at 2089 Champions Way near the village centre of Langford’s Bear Mountain Resort, despite existing zoning allowing some 150 high density apartments or condominiums in the form of a six-storey building, and potential precedent set by a formerly approved proposal from 2006 envisioned with 201-units across 23-storeys.
The developers say they chose a significantly lower density and smaller massing to preserve trees, fit in with the architectural context of the immediate area, and to provide more open green space for residents while hiding vehicles under a platform that will double as an open air amenity space.
While one-fifth of the already allotted density should theoretically be a slam dunk for the proponents, the land’s zoning limits how many townhomes can actually rise on the land, yielding a maximum of 22 homes on the site rather than the 29-units being sought.
In a report compiled for council, municipal staff intimated the request to raise the permitted townhome density from 22-units to 29-units is reasonable, in light of the alternative option available to the developers in the form of a six-storey block.
Langford council will review the application as part of a planning and zoning committee meeting scheduled for this evening.
360 Pacifica and Terracap are currently building One Bear Mountain, an 18-storey condominium tower at 2000 Hannington Road in Bear Mountain’s core. The highrise is expected to complete by late 2023 or early 2024.
One Bear Mountain is rising in the former location of The Highlander, a failed 14-storey condominium that stalled in 2009. The Highlander was part of Bear Mountain’s initial vision stemming from its early days circa 2006, which also included a 23-storey condominium tower on Champions Way, the location of which is now envisioned by 360 Pacifica and Terracap as the site of the duo’s proposed 29-townhomes. C
Receive Citified's timely real-estate news straight to your inbox. Sign up for our newsletter, and connect with us on Facebook: 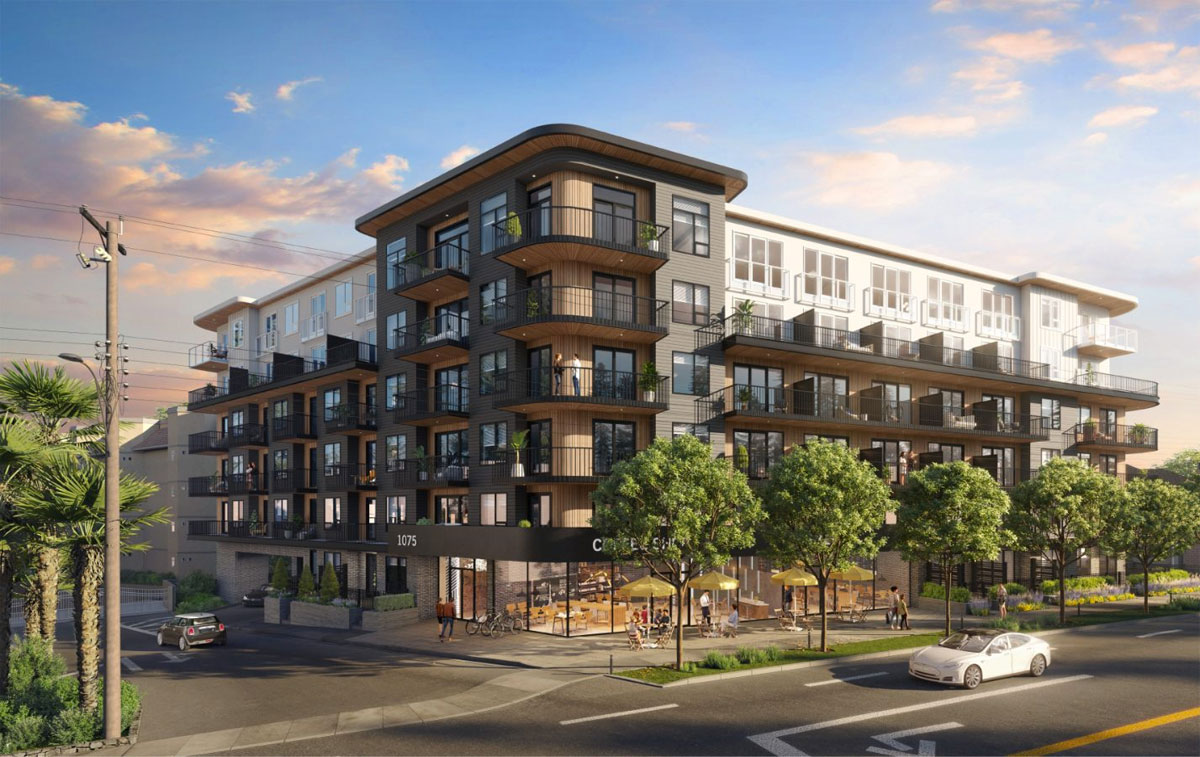