The City of Victoria has approved two buildings for exclusive use as affordable "work force" rental housing at 370 and 384 Harbour Road as part of the Dockside Green project in Vic West. The development will be in partnership with Dockside Green developer Vancity and Catalyst Community Development Society, a not-for-profit using social equity in project financing that will own and operate the units once completed. Pacifica Housing will handle tenant intake and the day-to-day management.

The two buildings, referred to as R4 (19 units) and R5 (30 units), will rise to three floors with units ranging from 250 square foot studios to 1,130 square foot three bedroom and den townhomes. In accordance with BC Housing Income Limits maximum rent for studio apartments will be $737.50 rising up to $1,675 for townhomes.

Alternative transportation measures for new tenants will include a free bicycle, car share membership and 3 years of subsidized transit passes for each unit. A total of seven parking stalls will be provided.

Approval of this development necessitated amendments to the Official Community Plan (design guidelines for Dockside area) to permit residential use on ground floors and the development of a building with no buffer from Harbour Road. Zoning amendments were also required to enhance definitional clarity specific to the terms "Affordable housing," "attached dwelling" and "multiple dwelling" for parking reasons. Building construction will utilize LEED ND Energy modelling with wood frame construction to optimize design and support larger intentions for neighbourhood Dockside LEED ND Platinum certification.

With approvals in hand Vancity is eager to move forward with Catalyst Community Development Society on the first construction project at the site since the completion of the last phase in 2009. Construction is expected to begin next year with completion in 2017. C 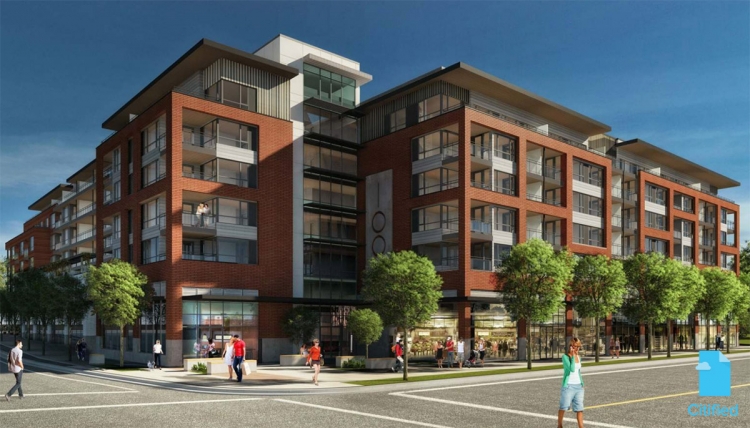