A rendering of Washington's avenue-facing townhomes, part of the project's final offering as sales surge to 75% sold-out status. This week developer Formwell unveils unreleased floorplans among its remaining two and three-storey residences at 3080 Washington Avenue in Victoria.  Formwell Homes

townhomes, Urban core
75% sold-out, 'Washington' townhome project in Burnside-Gorge unveils spring unit release
MIKE KOZAKOWSKI, CITIFIED.CA
A 34-residence townhome project now underway at 3080 Washington Avenue is extending its spring release of two and three-storey urban offerings following a successful unveiling last fall amid soaring demand for ‘missing middle’ housing.
Known as Washington, the two, three and four-bedroom rowhouse-styled development has resonated among homebuyers who propelled the project’s sales to 75% sold-out status, a mark well above developer Formwell Homes’ initial targets.
“Even in light of the strong market indicators and growing demand for the missing middle townhome typology, we’ve been taken aback by the interest at Washington”, said Formwell Homes co-founder Sam Ganong. “We never imagined to be at this point in the sales program, with less than a quarter of the homes remaining available. The demand really underlines the significant need for this kind of efficient, urban housing form. We hope municipal leaders are taking note of this demand, and just how effective infill housing like this can be in filling that need quickly,” Ganong added.
As part of an update to its current pre-sale program that launched in early February, this week Formwell will showcase unreleased floorplans at Washington, including new two-storey options, and highly anticipated avenue-facing townhomes. Remaining options range from 1,333 to 1,614 square feet in layouts spanning two, three and four-bedrooms.
Prices, says Ganong, start from the low $900,000’s, representing a significantly lower cost than single-family-homes now averaging $1.4 million on the re-sale market, and well above that price point for most new-build freestanding houses. Formwell’s inaugural development has been popular among a wide range of homebuyers drawn to its central, urban location along the Burnside-Gorge neighbourhood’s Galloping Goose Regional Trail, and close to amenities like Mayfair Shopping Centre, the Selkirk Waterfront community, and within walking or cycling distance to downtown Victoria. For individuals interested in a car-lite or car-free lifestyle, Victoria’s Burnside-Gorge area has the right mix of walkability, transit connectivity and nearby amenities to make vehicle ownership a choice, rather than a necessity. Location aside, Formwell has created a unique townhome style for the Capital, bridging traditional white picket fence nostalgia with the efficiencies and practicality of urban living in contemporary rowhomes providing functional, well-designed interiors and the convenience of ground level access with yards for pets and children, making the layouts well suited for right-sizers, young couples and growing families. Once complete in 2023, Washington will include the establishment of a new stretch of public greenway that will serve as part of the Doric Connector creating a new protected walking and cycling link to the Galloping Goose Regional Trail spanning from Washington Avenue to Balfour Avenue.
At the 3080 Washington Street construction site, formerly comprised of three single-family-dwellings, crews are progressing quickly with the first of 34 homes taking shape and a build timeline projected to advance to initial occupancies in just over a year, and build-out by mid-2023. Co-founded by seasoned local residential development professionals Sam Ganong and Kyle Ryan, the pair started Formwell in 2021 with a goal to improve the multi-family living experience through a commitment to human-centric design philosophies, driven by their own personal experiences raising families. Both having worked extensively in residential new home development and construction throughout Victoria, the co-founders realized an opportunity to improve the townhome experience to better suit the needs of growing households, which the pair agrees has been realized through Washington, their first project. “The vision for Washington really began with families in mind, and we are so thrilled to see this vision realized, evidenced by all of the new families, couples and individuals who have already decided to call Washington home. When we launched the project last fall, we didn’t completely know what to expect, but our expectations were far exceeded, and there is real demand for this kind of housing,” said Ganong. Formwell recently added a new principal to its leadership team to oversee the rapidly growing company’s finance operations. Nick Saklas, together with Ganong and Ryan, brings many years of real-estate development and finance experience along with a shared passion for developing family-oriented homes that enhance how people live with well-designed, forward-thinking spaces that carefully consider the needs of their residents.
Sales, meanwhile, are being handled by Victoria-based The Condo Group, a firm with a long lineage of helping homebuyers achieve homeownership goals in the Capital’s burgeoning multi-unit pre-sale and re-sale housing sectors. With ‘missing middle’ housing gaining plenty of attention in recent years due to its attainable price points and layouts suitable to growing families, Formwell has committed to pursuing this style of residential infill development through multiple efforts in addition to Washington. Currently in planning in Saanich’s Cedar Hill / Mount Tolmie neighbourhood, Formwell is seeking municipal approvals for a 14-townhome project at 3834 Ophir Street. If approved, the Ophir Street project will consist of three and four-bedroom floorplans in a location close to shopping, transit routes, schools and post-secondary institutions. The company will soon host a community meeting for nearby residents as part of its ongoing engagement efforts ahead of a public hearing anticipated in late spring of this year. In addition to the Ophir Street proposal, Formwell is exploring several key development opportunities for future townhome projects throughout the Greater Victoria region, and plans to unveil early details on its next two projects by mid-2022. To learn more about Washington, and to take advantage of the upcoming new home release, connect with the project team by visiting Washington’s website here. C
Receive Citified's timely real-estate news straight to your inbox. Sign up for our newsletter, and connect with us on Facebook: 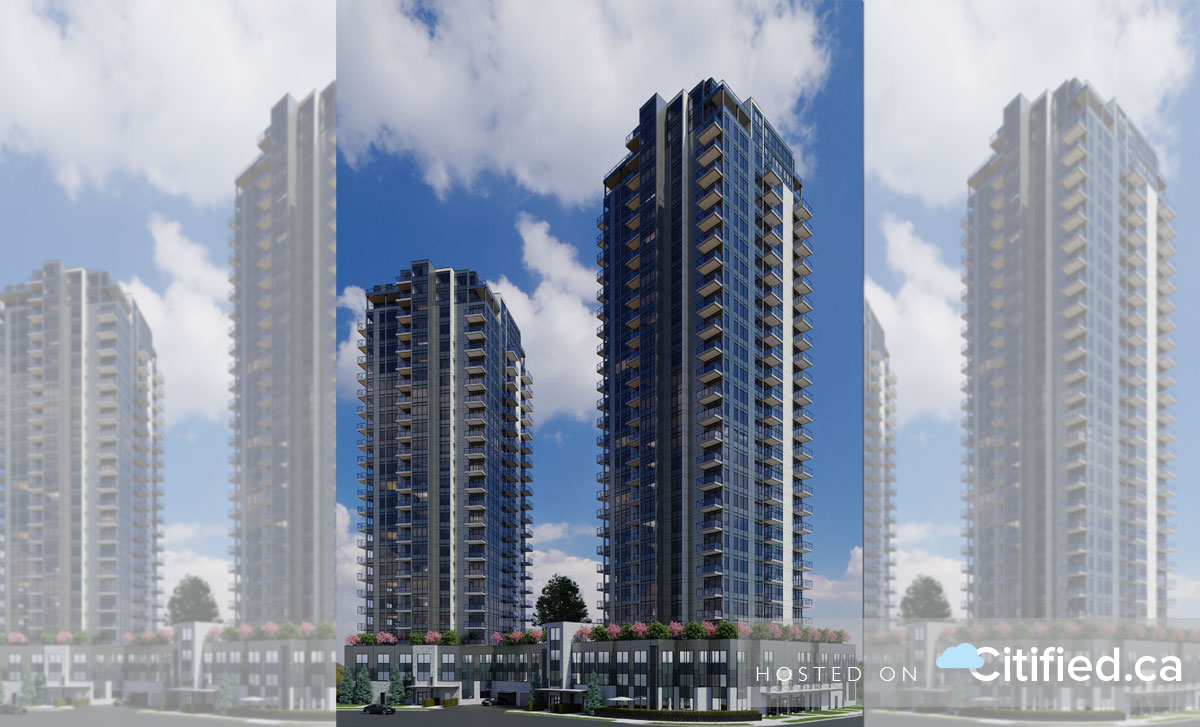