A rendering depicting Jawl Properties' proposal for a ten-storey office tower on the site of the Capital Six Theatre complex along Blanshard Street between Yates and View streets. At full capacity the building, as proposed, will accommodate over 600 workers.  Jawl Properties / D'Ambrosio Architecture + Urbanism

commercial, offices, Downtown Victoria
600-worker office tower proposed for Capital Six Theatre site in downtown Victoria
MIKE KOZAKOWSKI, CITIFIED.CA
Victoria-based Jawl Properties has unveiled redevelopment plans for downtown Victoria’s Capital Six Theatre complex on Blanshard Street between Yates and View streets.
The existing two-storey property at 1221 Blanshard Street, purchased by Jawl in 2015, has for decades operated as a six screen movie theatre with retail operations on the ground floor. According to plans submitted to the City of Victoria, Jawl’s concept calls for transforming the site into a ten-storey office and retail tower with employment capacity for hundreds of people.
“We believe that the Development Proposal offers an opportunity to stimulate desirable activity on this key site in the heart of the downtown core and optimize the potential of a currently underutilized and pedestrian unfriendly block end,” writes Robert Jawl, a director with the company. “The creation of high quality office premises is essential to attracting and retaining private and public sector employment in the downtown core. It is estimated that the office premises at completion will house over 600 workers.”
Rising to a height of 44 meters, the building will feature five commercial units on the ground floor with nine levels of offices above totalling 152,000 square feet. It will sit immediately across the street from Jawl Properties’ Atrium office and retail block completed in 2009 under partnership with BC Ferries.
Architect D’Ambrosio Architecture + Urbanism has put forward a design described by the proponent as “sculpted to support and enhance its place in downtown Victoria’s urban design,” with a massing “composed of three distinct tectonic forms: the three storey building base, the tower, and the set-back ‘pedestal’ floor that separates the two,” a form that hearkens back to mid-century offices common to the United States.
Underground parking will reach three-storeys below ground with capacity for 144 vehicle stalls.
The project comes as Aryze Developments and telecommunications giant Telus pursue municipal approvals for a ten-storey office tower on Douglas Street at Humboldt Street dubbed Telus Ocean. The glass-clad ‘iceberg-shaped’ building is projected to include over 117,000 square feet of office space for Telus and third-party tenants.
Jawl Properties, meanwhile, is in the final stages of its Capital Park development in James Bay with a condominium component (now selling; 75% sold-out) rising as the last piece of a multi-year construction effort stemming to the mid-10s. Capital Park, built in partnership with Vancouver-based Concert Properties, includes two completed provincial government office buildings along Superior Street, a completed rental building fronting Menzies Street, and three near-move-in ready condominium buildings along Michigan Street. C
Receive Citified's timely real-estate news straight to your inbox. Sign up for our newsletter, and connect with us on Facebook: 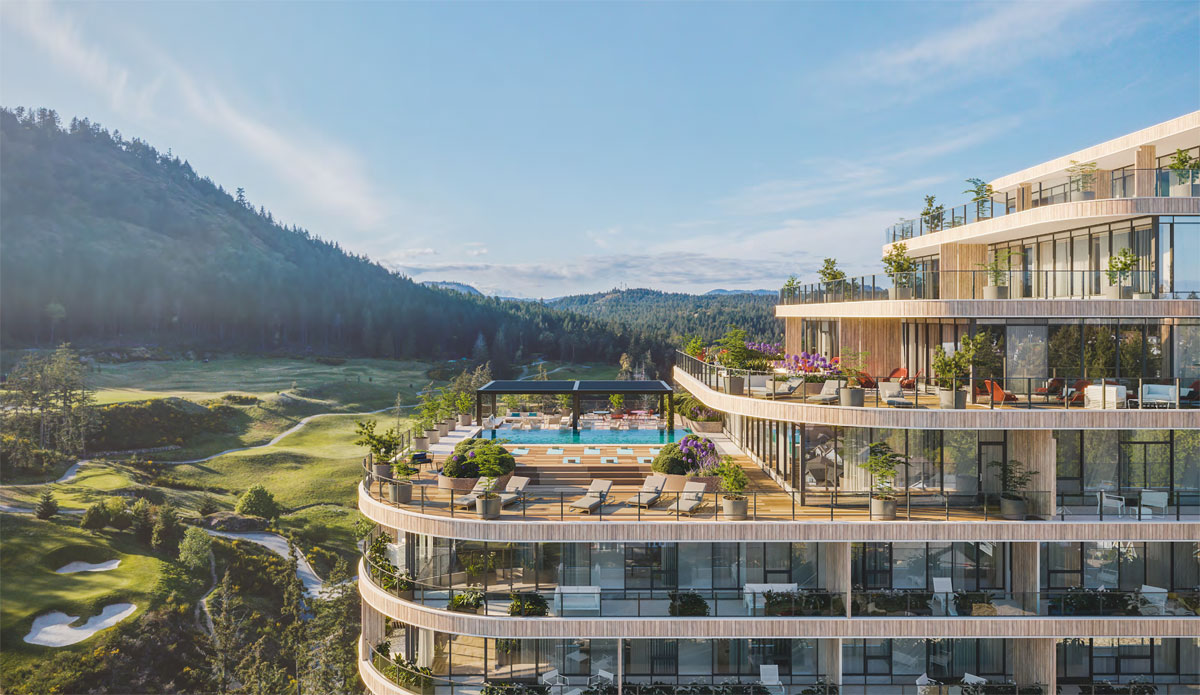