A 4.2-acre parcel for sale in the City of Colwood between Island Highway and Wale Road (pictured with a blue outline) is one of the priciest sale sales on a per-acre basis in Greater Victoria's history.  Citified.ca/Google

civic, commercial, condos, hotel, offices, rentals, townhomes, West Shore
$32 million 4.2-acre Colwood Corners land offering one of the priciest in Capital's history
MIKE KOZAKOWSKI, CITIFIED.CA
A 4.2-acre parcel between the Island Highway and Wale Road at Colwood Corners has been listed for sale to the tune of $32 million, representing one of the highest per-acre raw land asks, ever, on southern Vancouver Island.
Zoned C3 and C4 – land use designations in the City of Colwood that permit a wide variety of commercial and residential pursuits – grants highly sought-after flexibility for a future ownership group. However, at roughly $7.6 million per 1.05-acre, the future build-out of the land would require significant densities to overcome the purchase price, due diligence expenses, the municipal planning process and construction costs. Presently the site zoning permits building heights of three and four-storeys, according to the listing agent’s information package, and was most recently assessed at $9,492,700 by BC Assessment. Annual taxes amount to $54,039.
Given the asking price, it is estimated that a residential unit density of approximately 1,100 homes would be required across four-acres to achieve an average of $30,000 per door, a figure common throughout the West Shore according to a local developer familiar with such matters.
Comprised of 1836, 1840 and 1844 Island Highway and 399 Wale Road, the mostly vacant and unimproved land (save for a small commercial operation fronting the Island Highway) is situated in the epicentre of a burgeoning commercial area undergoing significant densification at the hands of multiple development organizations, and is eyed for a future bus rapid transit stop connecting downtown Victoria with the West Shore.
The City of Colwood has expressed support for densification efforts of Colwood Corners, with a previous vision for a now underway mixed-use development at a retail plaza centred on London Drugs (at Island Highway and Goldstream Avenue) expressed in the form of multiple high-rise towers in the range of 20-to-30-storeys, each. The current plan, now in its first phase of build-out by Vancouver-based developer Onni Group, is for multiple low-rise buildings at six-storeys with ground floor retail spaces. Total density for the 12.5-acre undertaking has not been confirmed, although the initial three phases across six-to-eight buildings will deliver upwards of 700-units.
Adjacent to Onni’s development is a recently approved 15-storey affordable rental tower that will yield some 122-units of apartments at 85 Belmont Road. The mass timber-designed project at the hands of the Greater Victoria Housing Society (GVHS) will rise as one of Vancouver Island’s tallest buildings constructed from wood materials.
To the north at Island Highway and Wale Road’s eastern portion (known as Ocean Boulevard) plans are afoot to redevelop what is currently a park-and-ride facility (adjacent to Juan de Fuca Rec Centre’s transit exchange) into an integrated healthcare complex. The proposal is in its infancy.
Along Goldstream Avenue on a site immediately south of the $32,000,000 listing is a six-storey, 102-unit affordable rental also from the GVHS, which is expected to welcome residents this year. Meanwhile to the north, Trillium Communities recently completed a 50-unit, six-storey seniors residence with access via Wale Road. A second phase will deliver a similar number of units.
Opposite Trillium’s property on Wale Road is another affordable housing plan nearing completion at 342 Wale Road by the Aboriginal Land Trust Society. The six-storey building will include 124-units of below-market suites earmarked for local First Nations individuals. C
Receive Citified's timely real-estate news straight to your inbox. Sign up for our newsletter, and connect with us on Facebook: 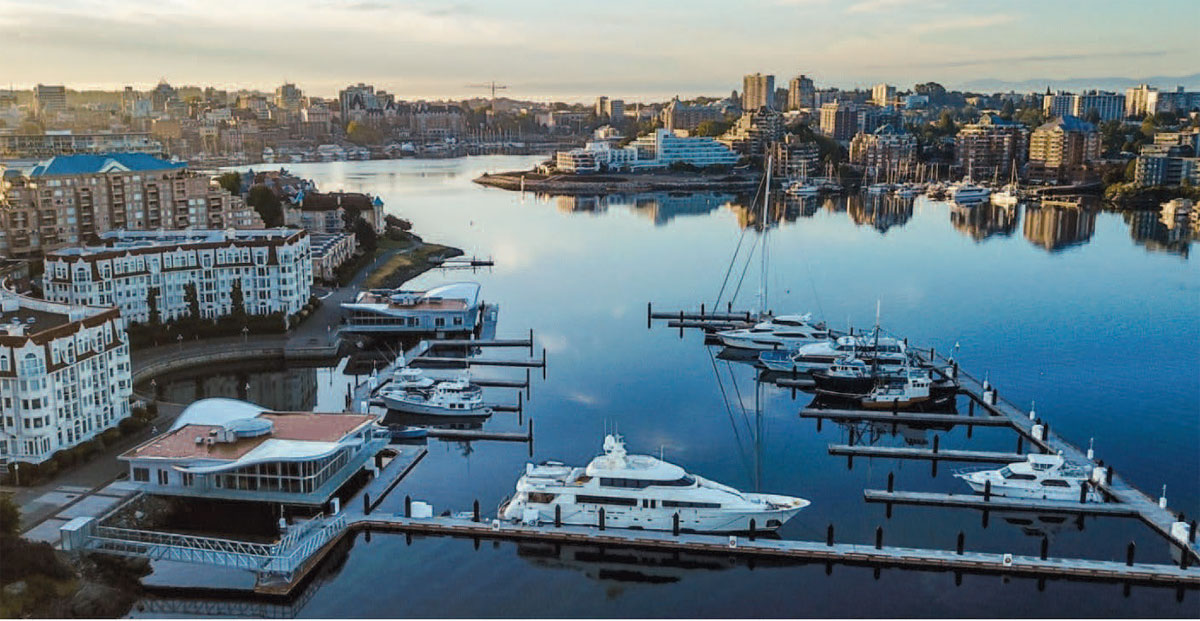