A rendering of 2515 Hackett Crescent, a two-building rental proposal that, if approved, will deliver near half of Central Saanich's planned rental housing inventory through 2025. The project, from Starlight Developments, is proposed for lands formerly home to Marigold Nurseries.  Starlight Developments

rentals, Saanich Peninsula
Rentals proposed for old Marigold Nurseries site will deliver nearly half of Central Saanich's rental housing goal
MIKE KOZAKOWSKI, CITIFIED.CA
A purpose-built rental project proposed at the former site of Marigold Nurseries in Central Saanich could deliver nearly half of the municipality’s goal of adding 550 new apartments by 2025, Citified has learned.
Starlight Developments is pursuing approvals for a two-building, 235-suite investment at 2515 Hackett Crescent as an upcoming phase of the Marigold Lands development along Lochside Drive near Mt. Newton Cross Road.
Starlight’s proposal will add a significant infusion of rental housing to the Saanich Peninsula and help Central Saanich achieve its housing goals adopted by council two years-ago. The purpose-built development is envisioned with a mix of studio, one, two and three-bedroom pet-friendly homes in two six-storey buildings with surface and underground parking.
"We’re excited at the prospect of being part of The Marigold Lands’ growing community and helping Central Saanich meet their much-needed housing demands by contributing 42% of their identified 2020 to 2025 rental targets,” said Josh Kaufman, Vice-President Development and Construction, Starlight Developments.
Kaufman confirms Starlight will allocate eight homes as affordable housing in accordance with the Marigold Lands’ phased development agreement.
Situated alongside the Lochside Regional Trail, a pedestrian and cycling thoroughfare spanning between downtown Victoria and BC Ferries’ Swartz Bay terminal – the buildings will accommodate secure indoor storage for more than 400 bicycles, while residents will have nearby access to BC Transit routes connecting Victoria and major destinations on the peninsula. Starlight will also include desirable amenities to foster community and accommodate pets.
“We have worked hard to design homes that will provide the lifestyle that meets the demands of today’s renters. The proposed development features resort-style amenities including a gym, lounge, courtyard, rooftop patios and extra bike storage based on the location’s proximity to the Lochside Regional Trail," said Andrew Browne, Senior Development Manager, Starlight Developments.
Next week Central Saanich council will decide whether to approve a development permit for the project with several variances. Starlight is seeking an approximate 10% reduction of parking capacity from 313 stalls to 284, minor height alterations of one meter along the building’s northwest portion and four meters along its southeast portion, and on one frontage a setback of five meters in lieu of the current zoning’s 7.5 meters.
A construction start, pending council’s approval, is earmarked for early-2022, with completion in 2024.
Already built at Marigold Lands is a five-storey condominium, plus townhomes, duplexes, a park and commercial building, while a second condominium and townhouse development is in its planning phase. The development site transitioned from a nursery several years ago and is slated to become a high-density mixed-use node offering light retail spaces, rental apartments and multiple housing options.
Starlight Developments is one of the largest owners of rental housing in the Capital with plans to add several thousand additional rental homes to the region over the next decade. Starlight’s Hackett Crescent proposal, if built, will rise as the company’s first new-build on the Saanich Peninsula.C
Receive Citified's timely real-estate news straight to your inbox. Sign up for our newsletter, and connect with us on Facebook: 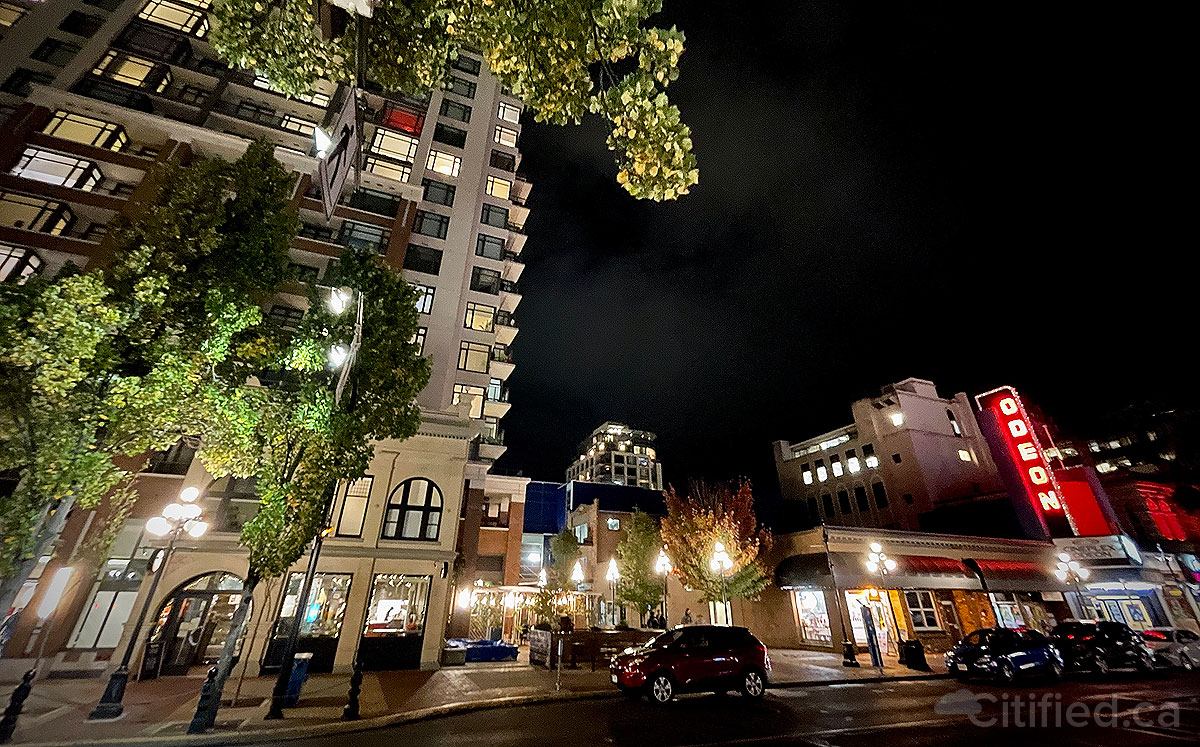