condos, townhomes, Urban core
24 condos and townhomes hit the market at harbourside Railyards dev
MIKE KOZAKOWSKI, CITIFIED.CA
Victoria-based Le Fevre & Company has launched the second round of sales for its latest condominium and townhome development at Vic West’s harbour-side Railyards community.
Currently under construction with completion scheduled for August, the four-storey Horizon’s remaining collection of 18 studio, one-bedroom and one-bedroom-plus-den suites are priced from $272,900 with layouts ranging between 393 and 650 square feet.
In addition to Horizon’s condominiums, six 1,278 square foot, three-storey harbour-view ‘Sky Homes’ are also available with pricing starting at $715,000.
Developer Chris Le Fevre says the project’s unique collection of waterfront homes and well established build-out continues to attract buyers who so often are friends of those already living at The Railyards.
“Horizon’s first sales launch sold half of the building’s 41-units. Since then we’re pleased to have received a large volume of registrations for our second round of sales starting right on the cusp of what is typically the strongest buying season.”
Le Fevre’s burgeoning Railyards community has been under construction for over a decade, with six phases of condominium residences and townhomes already completed. Following Horizon’s occupancy, only two phases will remain.
“We’re at a point now with The Railyards where new residents will be coming home to an established neighbourhood with a diverse mix of neighbours who’ve already established roots in the community, and that community aspect is a cornerstone of the value behind Horizon,” Le Fevre said.
To learn more about Horizon’s available suites and its limited collection of Sky Homes, Le Fevre & Company’s sales team can be reached at 250-380-4900, with the project’s official website available here.
Victoria-based Le Fevre & Company has built hundreds of homes in Victoria over the past decade. Alongside new construction at The Railyards, Le Fevre & Company is perhaps the most active developer of renovating older heritage buildings and creating new living spaces. C
Stay on top of local real-estate news with Citified's Insider Report newsletter. Click here to subscribe. 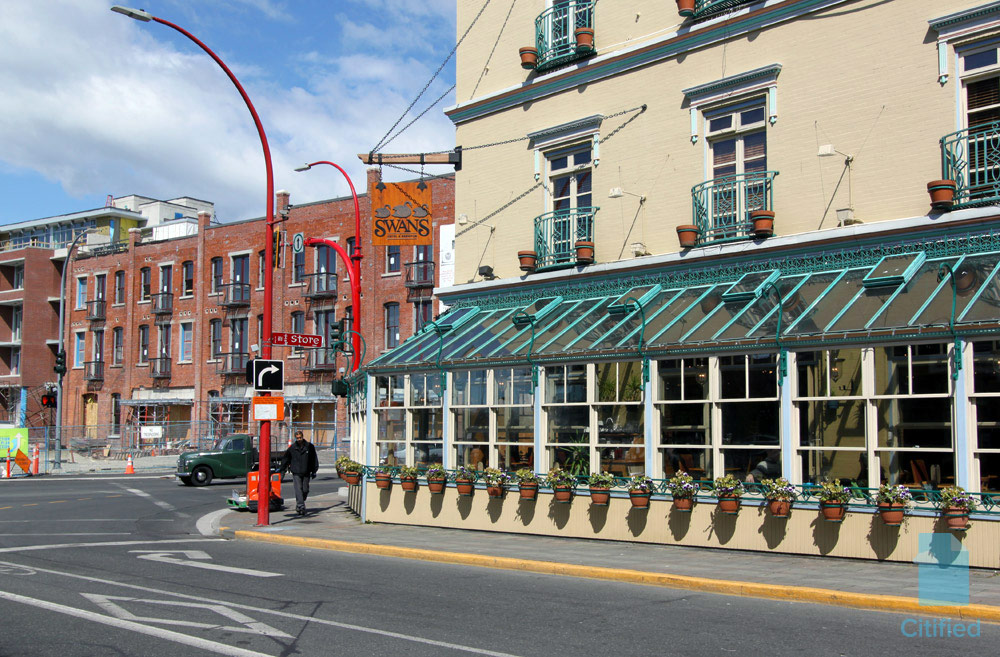