Sobeys Inc. has revealed plans for a mixed-use commercial and residential development on lands formerly occupied by Belmont Secondary School in Langford on Victoria's Westshore.

200,000 square feet of commercial space, including 24,000 square feet of office space, will be spread among units ranging between 1,200 and 52,700 square feet, the latter earmarked for a Sobeys Inc. owned and operated Thrifty Foods grocery store as the shopping centre's anchor tenant. Commercial spaces are described as "high ceiling" with "attractive storefronts" in West Coast-themed architecture. Tenants will also benefit from "abundant surface parking" throughout the site totaling some 860 spaces.

The project is divided into three phases of commercial development with the first phase comprised of anchor tenant Thrifty Foods and five additional tenant opportunities ranging between 5,734 and 13,371 square feet. Completion of phase one is expected by July 1, 2017 with remaining phases to follow.

A residential component spans along the southern perimeter of the property and backs on to the Galloping Goose Regional Trail. Over 300 high density apartments will be spread among four woodframe buildings of five-to-six-storeys and a townhome component will back on to the rear of the Thrifty Foods space near the intersection of Jenkins Road and Brittany Drive. 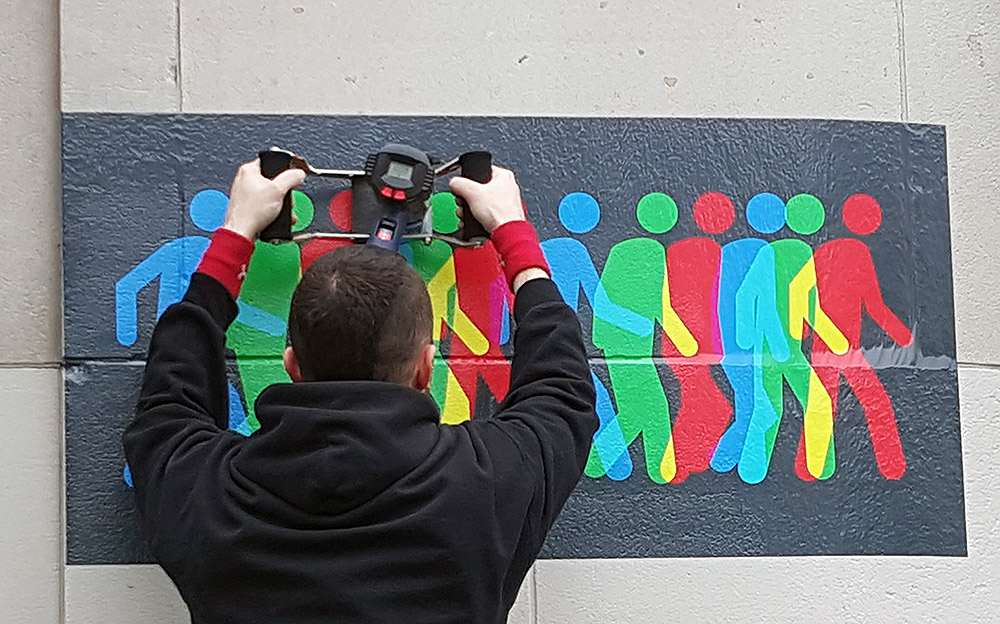