An artist's rendering depicting the Store Street frontage of The Pearl Residences, a condominium and ground floor commercial development proposed for 1628 Store Street. The building will rise on what is currently a surface parking lot at the foot of Fisgard Street in Victoria's Chinatown district.  D'Ambrosio Architecture + Urbanism; Triad Holdings

commercial, condos, Downtown Victoria
First look: design unveiled for waterfront Chinatown condo and commercial dev
MIKE KOZAKOWSKI, CITIFIED.CA
Exclusive: Proponents of a mixed-use condominium and ground floor commercial development in Victoria’s Chinatown district have unveiled their architectural vision.
Planned for a surface lot at 1628 Store Street between the recently completed Janion micro-loft building and the Mermaid Wharf condominium complex, developer Triad Holdings is readying to apply for approvals to build The Pearl Residences, an eight-storey, 133-unit condominium with commercial frontage along Store Street.
Designed by Victoria-based D’Ambrosio Architecture + Urbanism, the yet unnamed all-concrete residence will rise to four levels at Store Street and eight-storeys at the property’s lowest point overlooking the Upper Harbour. A row of commercial spaces along Store Street will include over-height ceilings totalling two residential levels, giving the building a five-storey street-side presence.
Developer Triad Holdings, an organization affiliated with Victoria-based Farmer Construction, plans to offer studio, one-bedroom, one-bedroom plus den, two-bedroom, two-bedroom plus den and three-bedroom residential layouts with a square footage range of approximately 460 to 1,701 square feet.
Parking will be in the form of a three level underground parkade with a total of 133 stalls despite the City of Victoria's guidelines for the Old Town and Chinatown districts stipulating an allotment of zero parking stalls, if so desired by a developer. The parking structure will also accommodate storage for 133 bicycles.
The project's waterfront frontage will connect the future David Foster Harbour Pathway between both the Janion and Mermaid Wharf properties. With the completion of the City of Victoria's Johnson Street Bridge and its accompanying pathway extension only months away, 1624 Store Street's component is seen as a critical addition to the envisioned five kilometre pedestrian route.
Pending feedback from the City’s planning department, the final design may undergo several changes prior to receiving formal approvals. The site does not require a rezoning, however, a variance may be sought for several components of the architectural design and massing.
Approvals are expected by early 2018 with construction to follow later that year or by early 2019. C 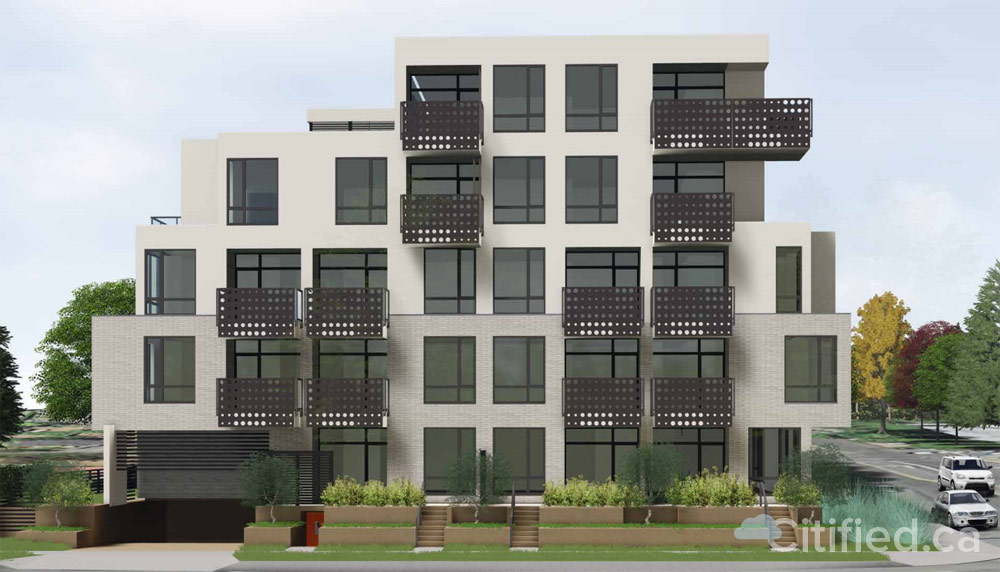 Shire on Inverness, building B