An rendering of the Mount St. Angela seniors residence approved between the 900-blocks of Burdett Avenue and McClure Street. Seen in this image is the 1860s-era Mount St. Angela college fronting onto Burdett Avenue, and at-right is the Cartreff Residence that will be restored as part of the project.  Norwood Group / MI Ventures

rentals, Urban core
15-year Mount St. Angela development saga to culminate with seniors complex
MIKE KOZAKOWSKI, CITIFIED.CA
After a decade and-a-half of failed proposals to redevelop the Mount St. Angela lands between the 900-blocks of Burdett Avenue and McClure Street, Victoria council has approved a vision that will deliver over 100-units of seniors housing to Fairfield.
Proposed mid-way through the 2000s as a 60-unit condominium project, then developer Cielo Properties and land owner Norm Isherwood could not secure municipal support for a six-storey design that would have retained the 1860s-era Mount St. Angela college and two heritage homes known as the Temple and Cartreff residences. An early 1900s addition to the college would be removed to make way for new construction.
By early 2008 the massing had changed to four-storeys, and in February of that year the altered plan received the green light.
Construction, however, would not follow.
In 2009 Isherwood changed his mind and opted to make the Mount St. Angela holdings available to individuals recovering from addictions through a partnership with the Vancouver Island Health Authority. Any redevelopment, Isherwood said, would focus on a vacant portion of land along the McClure Street frontage.
A year later a new set of plans were aired, this time for a six-storey residential building along McClure Street. By the fall of that year the direction had shifted once more in pursuit a five-storey condominium with 56-units.
It would not be until 2016 that the present-day proposal would emerge with approvals granted four years later on July 23, 2020.
Article continues below
Developers Norwood Group and MI Ventures, partnered with Keay Architecture, are now set to build 132 homes for seniors, 26 of which will include assisted living provisions. The concept calls for a six-storey building stepping down from Burdett Avenue – where it rises up to five-storeys along the street frontage – to McClure Street, where the height shows six terraced levels of residential spaces. Parking will be apportioned through an underground garage.
Along with the heritage restoration of the 1866 Mount St. Angela college, Burdett Avenue’s Cartreff Residence will be restored and maintained in its current location west of the college. McClure Street’s Temple Residence will be moved several meters to the east to make way for new construction, and restored.
A key architectural feature of the 2016-2020 design is a glass curtain wall that will emphasize the transition between the project’s historic elements dominated by the college, and the new-build portion that will abut and flank the landmark along Burdett Avenue. The new direction clearly designates historic and modern architectural design to highlight a distinction between old and new.
In order to accommodate construction, the college's early 20th century addition will be removed.
With approvals now in hand, land work could begin as early as next year with completion to follow several years later. C
Receive Citified's timely real-estate news straight to your inbox. Sign up for our newsletter. 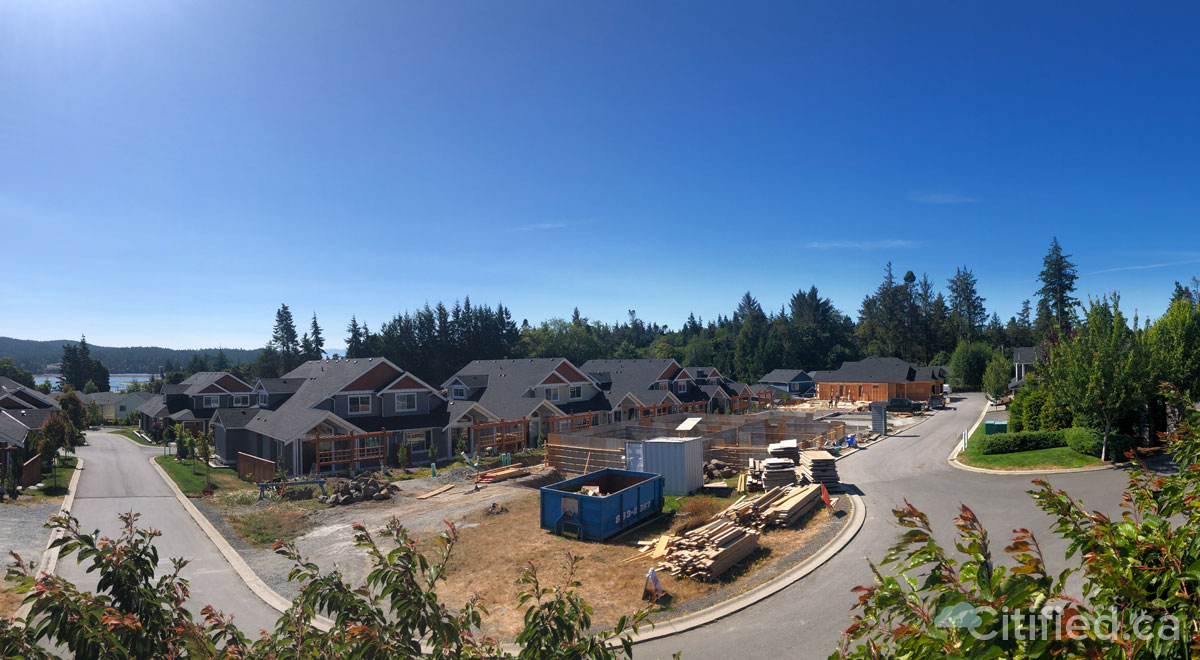