A rendering of Reliance Properties' vision for the Northern Junk properties along the 1300-block of Wharf Street at Johnson Street. The proposal to redevelop the land while incorporating the Fraser and Caire & Grancini Warehouses into the design is expected to land a public hearing later this year.  Reliance Properties

commercial, rentals, Downtown Victoria
11-years since first Northern Junk proposal emerged, Reliance Properties readies for public hearing
MIKE KOZAKOWSKI, CITIFIED.CA
11-years into a rezoning effort involving Wharf Street’s Northern Junk lands, developer Reliance Properties has launched an information campaign ahead of a public hearing anticipated later this year.
Plans to restore the duo of Northern Junk buildings, at 1314 and 1318 Wharf Street, and redevelop adjacent lands into a mixed-use project have been underway since 2010, when the first proposal publicly emerged at the hands of Merrick Architecture, to years later winding up under the direction of architectural firm DIALOG before transitioning once more under the guidance of a third studio.
Between 2010 and 2018 Reliance submitted numerous proposals to City Hall that focused new-build massing on City-owned land freed by the Johnson Street Bridge replacement project, while featuring the Northern Junk Buildings as standalone restored commercial components to the south. Profiles for what was known then as the Johnson Street Gateway included various lowrise densities and footprints, including one iteration that featured a 12-storey tower.
Over the span of a decade concepts for the Wharf Street properties had undergone a dozen significant revisions, with 2020 alone seeing two design changes based on a significant re-draw in 2019 that stemmed from the City pulling back on its former pledge to sell excess municipal land to Reliance.
Two-years-ago plans absent of municipal property saw new-build density shift to above the Northern Junk buildings in lieu of their former standalone treatment, while the developer changed the structural material from concrete to wood, shifted to rental apartments from condominiums, nixed on-site vehicle parking, and reduced residential density by over 50%.
Today, a submission from Vancouver-based Boniface Oleksiuk Politano Architects is envisioning a six-storey brick-clad structure comprised of 47 rental apartments and nearly 9,000 square feet of commercial space that incorporates the facades of the Fraser and Caire & Grancini Warehouse buildings (collectively referred to as the Northern Junk properties). A rooftop space will serve as a social amenity for residents.
The site plan includes a public pathway through the property, along with an extension of the David Foster Way seaside path along the project’s Inner Harbour frontage. The public realm component, as described by Reliance Properties, provides “an improved public experience that is safe and deeply connected to the character of Victoria’s waterfront and historic character.”
Although no date has been set for the public hearing, Reliance has provided links for the community to submit feedback to mayor and council, and instructions on how to participate in the public hearing process.
To learn more about Reliance Properties' proposal, and to view the public engagement website, click here.
Receive Citified's timely real-estate news straight to your inbox. Sign up for our newsletter, and connect with us on Facebook: 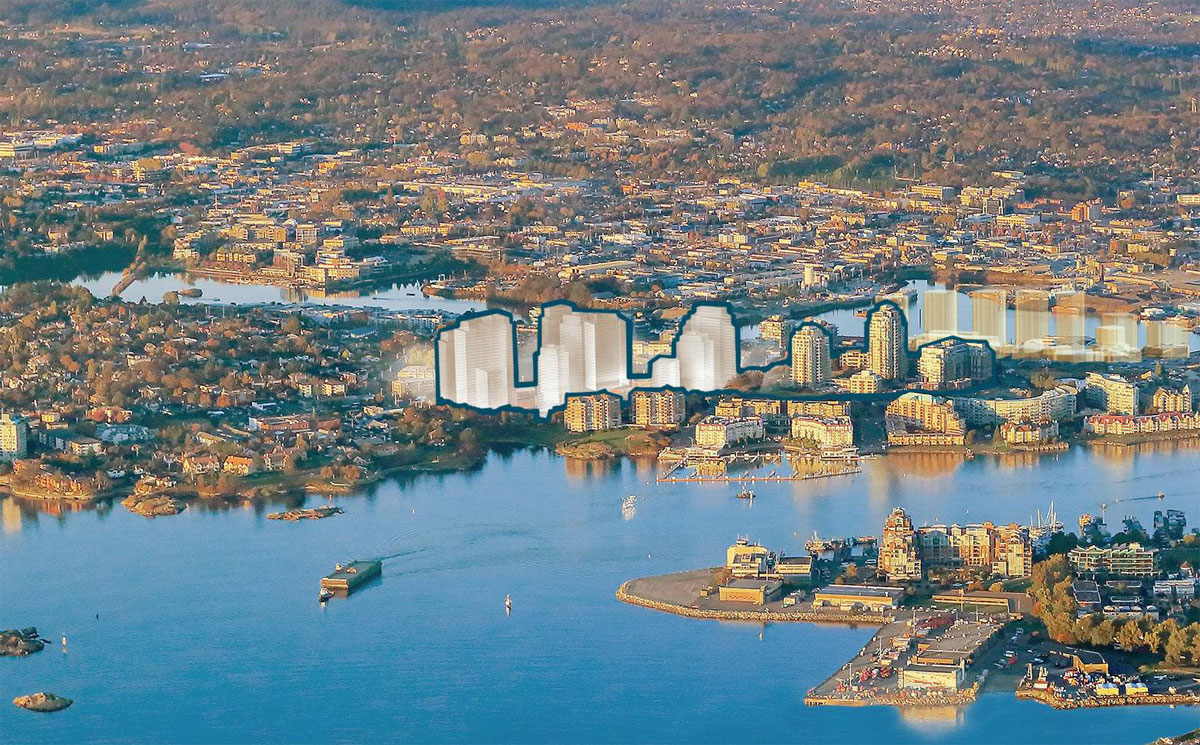