An artist's concept drawing of Esquimalt Gorge Park's multi-purpose community building planned adjacent to an existing parking lot. The project is designed with Japanese-style architecture to pay homage to the park's Japanese tea house and garden that were destroyed by vandals during the Second World War.  Township of Esquimalt / Iredale Architecture

civic, commercial, offices, Urban core
Japanese-styled community building coming to Esquimalt Gorge Park
MIKE KOZAKOWSKI, CITIFIED.CA
The Township of Esquimalt’s plans to erect a multi-purpose community building at Esquimalt Gorge Park are moving forward with a refined design and support from municipal planners.
The 11,300 square foot, two-storey structure, designed by Victoria-based Iredale Architecture with visual cues reminiscent of Japanese architecture, is proposed on a portion of a surface parking lot, approximately mid-way between the park’s Tillicum Road entrance to the east and Sioux Place to the west. The project will also include a re-arrangement of Gorge Park’s parking area to provide capacity for 100 vehicles.
Esquimalt’s decision to pursue a Japanese-styled structure pays homage to Gorge Park’s Japanese gardens and teahouse, which were destroyed by vandals during the Second World War. The gardens had been established in the early 1900s.
On the building’s main level several flex rooms, a kitchen, a meeting space, offices and storage rooms are planned with a significant water feature enveloping the southern and western frontages. Exterior decks will be situated along the north and east frontages.
Level two will provide access to a rooftop patio on the southeast corner, two flex rooms and storage.
Esquimalt will pursue additional park improvements in the form of seperate dog runs for large and small dogs, a shared dog area, and dog play equipment.
Funding for the project, in the range of $6 million, is part of a $17 million commitment to the municipality by the Capital Regional District (CRD) in exchange for permitting the CRD’s regional sewage treatment plant at McLoughlin Point along the township’s outer harbour waterfront.
Pending formal approvals, construction is expected to begin this spring with completion by early 2021. C
Receive Citified's timely real-estate news straight to your inbox. Sign up for our newsletter.

Mortgage rates could slip as Bank of Canada cuts key lending rate to 1.25% from 1.75% 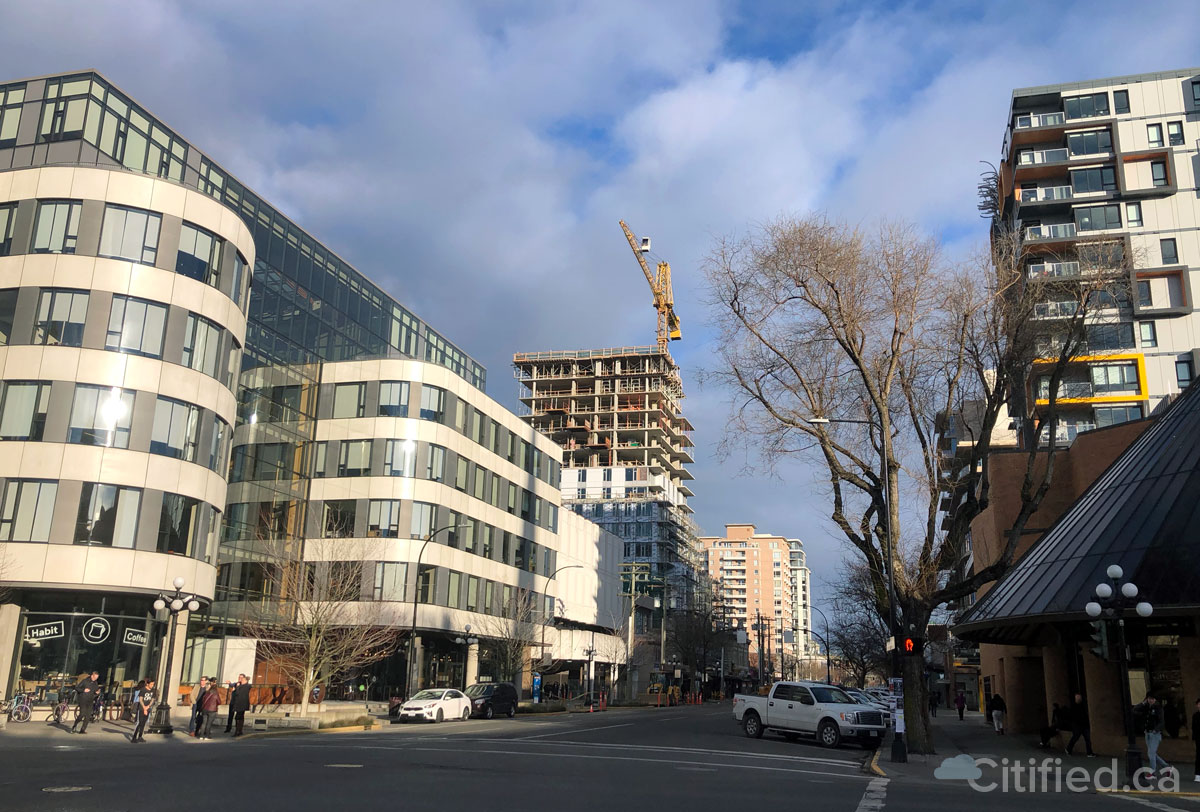