A project rendering for Crosstown, an affordable rental complex with retail operations. The project was approved by the City of Victoria on a property formerly occupied by the Tall-Ho Hotel along the 500-block of Burnside Road East.  TL Housing Solutions

commercial, condos, offices, rentals, Downtown Victoria, Urban core
Victoria council approves affordable condo and rental devs, but sends Northern Junk project back to drawing board
MIKE KOZAKOWSKI, CITIFIED.CA
The City of Victoria has paved the way for over 200-units of rental and condominium housing while sending one residential project back to the drawing board.
Municipal approvals were granted to Cool Aid Society’s and TL Housing Solutions’ first phase of the Crosstown project, a 154-unit affordable rental complex in Burnside-Gorge that will include a variety of commercial spaces and a daycare facility on lands once occupied by the Tally-Ho Hotel.
The two-building, four and six-storey proposal at 584 Burnside Road East – projected to offer 20% of its homes for households earning less than $20,000 in annual income, 50% targeted at low income earners (up to $75,000 in income), and 30% for moderate income households earning upwards of $107,000 – will include 10 accessible units, 21 adaptable units for individuals with disabilities, and 13 catering specifically to families.
As part of the project, a skills program will be operated in a commercial space for the purposes of culinary training. Four live-work suites will also be included, as will several retail spaces with frontage onto Burnside Road East. The project’s daycare will accommodate upwards of 36 children.
Crosstown’s second phase, which will be situated east of the residential buildings at 3020 Douglas Street, will come before council at a future date.
Victoria-based Abstract Developments, meanwhile, secured approvals for Sparrow, a 49-suite condominium with an affordable housing component, on Cook Street at Hillside Avenue in the City’s Oaklands neighbourhood.
Sparrow will rise to six-storeys and mark Abstract’s first condominium project with an affordable ownership program. The pre-sale campaign for Sparrow's mix of one and two-bedroom residences is expected to begin in the coming days.
The fate of a third project, however, remains in limbo following council’s decision to keep Reliance Properties’ mixed-use 1314-1324 Wharf Street rental housing, retail and heritage restoration project from heading to a public hearing.
Reliance’s six-storey concept, which includes heritage preservation of the Northern Junk buildings at the foot of the Johnson Street Bridge, has been in planning for over a decade.
Multiple designs at the hands of two architectural firms have been rejected by the City, including low-rise and highrise variants. Most recently a portion of land Reliance had assumed would be sold to the firm by the City of Victoria following the opening of a new harbour crossing was taken off the table which necessitated a complete design overhaul. Council’s airing of the project on Thursday elicited at least one comment raising the spectre of re-evaluating the decision not to sell the excess land to the developer, an idea that stems from a desire for the Northern Junk buildings to be featured more prominently through massing focused to the north of the aged structures. C
Receive Citified's timely real-estate news straight to your inbox. Sign up for our newsletter. 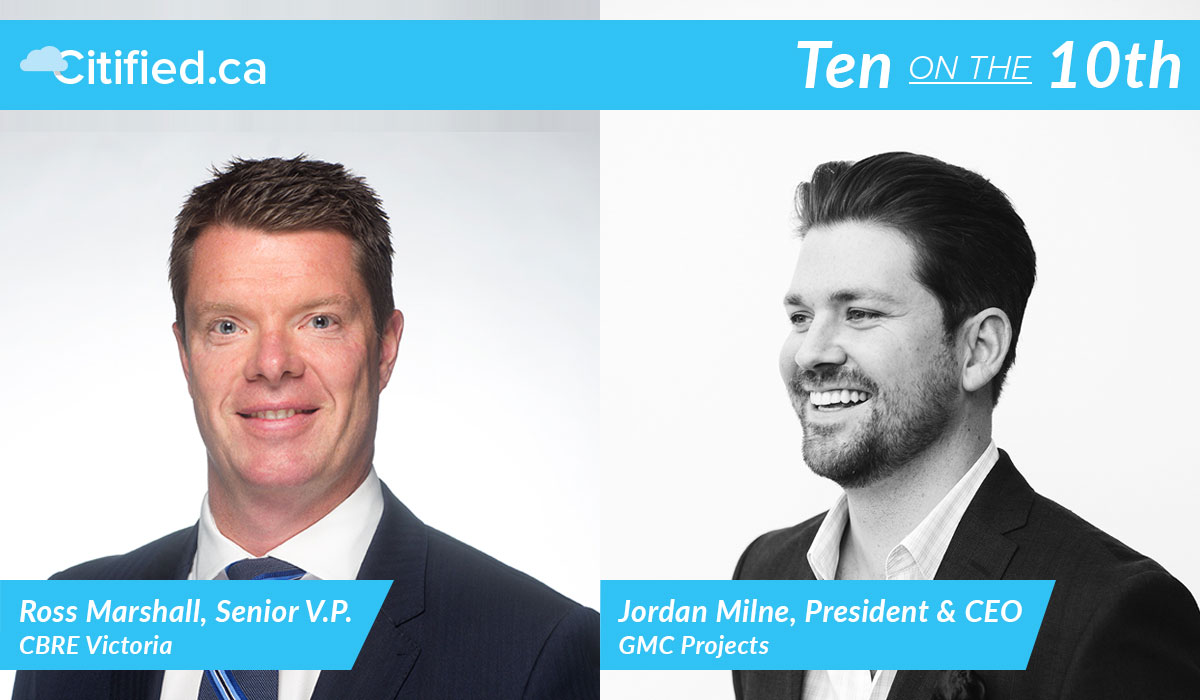