A rendering of Esquimalt Town Square, a mixed-use, condominium, rental apartment, office and retail project nearing completion adjacent to Esquimalt's town hall. The comprehensive project is an example of a rise in urban densification efforts tapping into demand for emerging condominium markets on the south Island.  Aragon Properties 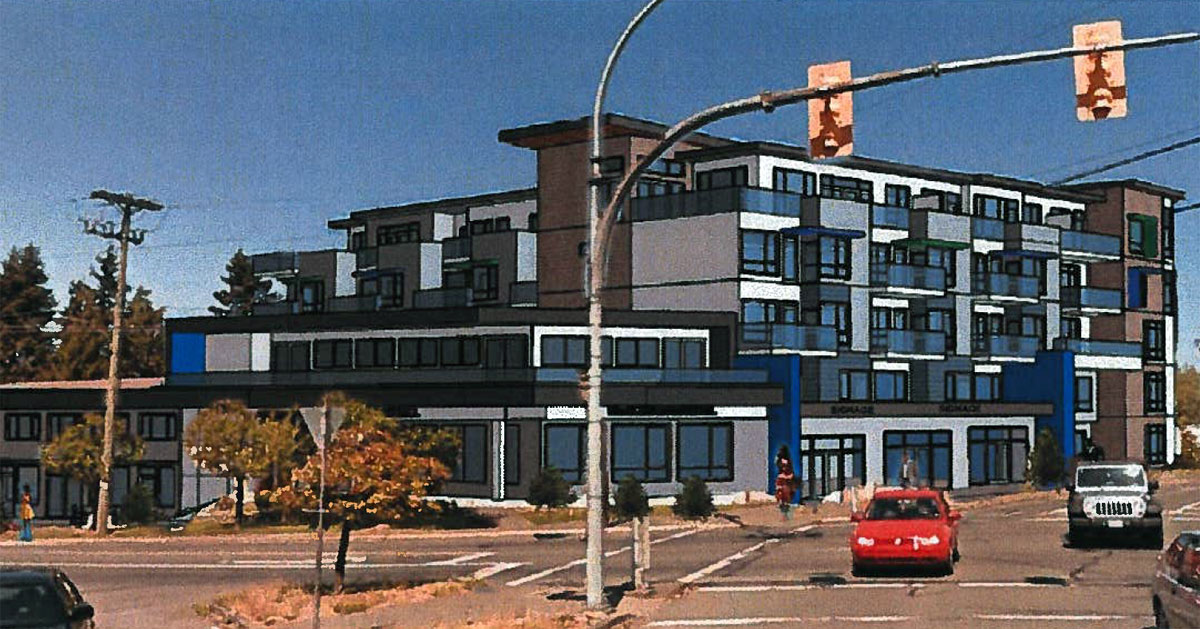