The Duck's Building, erected in 1892, is envisioned to become part of a hotel complex planned for the 1300-block of Broad Street between Yates and Johnson streets. The development concept for the UVic-owned properties was initially intended to create graduate student rental housing and market condominiums. Citified.ca

commercial, condos, hotel, offices, rentals, Downtown Victoria
UVic-partnered Broad Street condo and rental complex transitions into hotel proposal
MIKE KOZAKOWSKI, CITIFIED.CA
A partnership between the University of Victoria (UVic) and Chard Development to repurpose multiple UVic-owned Broad Street properties into university housing, condominiums and retail space has taken a new direction.
The initial three building proposal, spanning the 1300-block of Broad Street between Yates and Johnson streets, was planned to encompass a heritage restoration of the five-storey Duck's Building (erected in 1892 at 1314 Broad Street) into condominiums while two seven-storey buildings would flank the heritage structure to the north and south (replacing a low-rise structure at 615-625 Johnson Street, and a surface parking lot containing a single-storey building at 1312 Broad Street, respectively).
The northern new-build was to have been comprised of condominiums, totalling over 100-units together with the Duck’s Building, while the southern new-build was proposed as graduate student university housing with nearly 60 suites.

The new direction for the project, based on community feedback, will see the usage transition into a hotel, office and retail undertaking that will deliver the first purpose-built hotel property in downtown Victoria since the completion of the Victoria Marriott Inner Harbour in 2004.
“Since the last proposal, we have talked with various groups and individuals and worked with Chard Development to consider a suitable and financially beneficial plan that also respects the legacy of Michael Williams,” said Peter Kuran, CEO and president of UVic Properties, a separate legal entity that manages the university’s non-academic properties.
A statement from the university identifies the Broad Street holdings as part of the late Michael Williams’ bequest to UVic. Williams, a local developer, heritage conservationist and philanthropist, aspired to provide the institution with “ongoing financial returns to support academic programming, student services and supports” through his real-estate assets.
The project’s new direction, the proponents say, will supply growing demand for transient lodging in downtown Victoria with modern accommodations in a central location.
Following public consultation with various stakeholders, a new proposal will be submitted to the City of Victoria in pursuit of rezoning and development permit application approvals. The form and character of the architectural vision may be altered to conform to the new uses, although a heritage restoration of the Duck's Building will remain a primary focus of the project.
Chard Development, celebrating 25-years in business in 2019, is one of Victoria’s most active real-estate development firms, with nearly 1,000 residences completed or under construction in downtown Victoria and surrounding areas. The company currently has two 20-storey towers underway in the city centre, a 135-unit affordable condominium rising along the 800-block of Johnson Street and the 122-unit up-market Yates on Yates residence rising along the 800-block of Yates Street. C
Receive Citified's timely real-estate news straight to your inbox. Sign up for our newsletter. 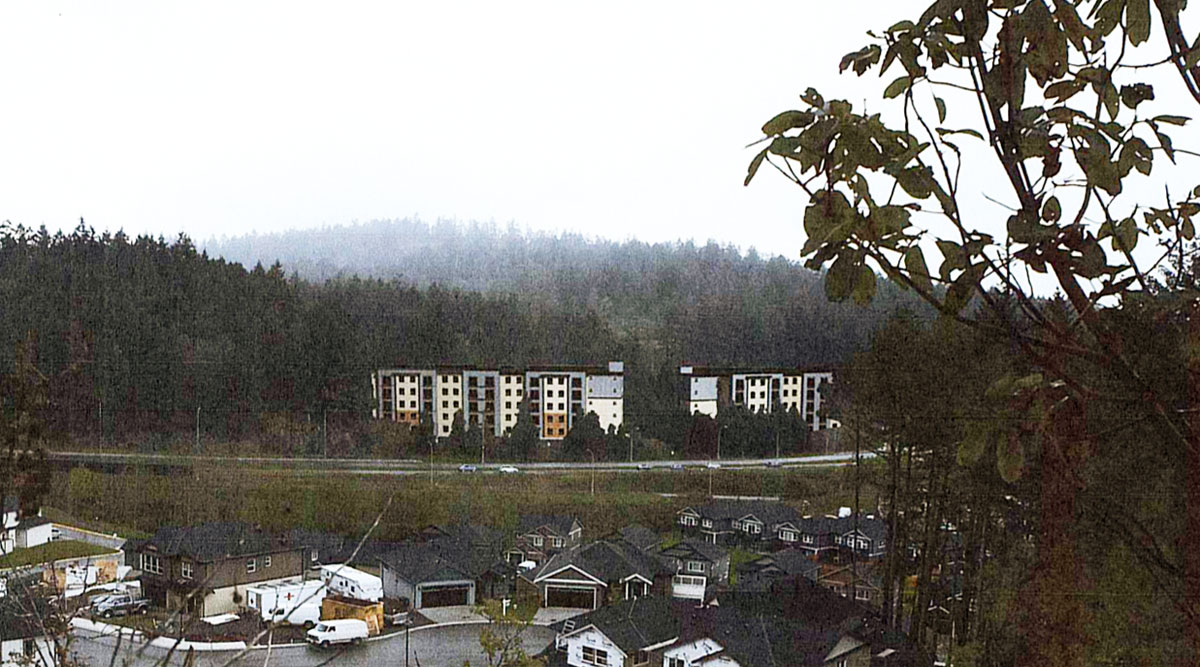