rentals, Urban core
Developer seeks to build 152-units of affordable rentals adjacent to Thetis Lake Park
CITIFIED.CA STAFF
The first phase of a multi-building redevelopment of the Thetis Lake Campground in View Royal will include 152 below and near-market affordable rental apartments, Citified has learned.
Campbell River-based Seymour Pacific Developments has unveiled a proposal to build a duo of six-storey complexes along the 1900-block of West Park Lane immediately west of Thetis Lake Park’s main parking lot (adjacent to the Trans Canada Highway).

Plans call for a mixture of studio, one-bedroom and two-bedroom suites within both buildings which will be subsequently managed by the Capital Regional District’s Capital Region Housing Corporation.
Parking will be in the form of 174 surface parking stalls.
Plans are currently before View Royal’s planners and are expected to receive formal approvals later this year.
Future phases of the project could include housing density of upwards of 198 additional units to the ones currently proposed.
Seymour Pacific recently completed two purpose-built rental buildings along Millstream Road at Treanor Avenue in Langford. Although initially slated for market rental status, BC Housing purchased the blocks upon completion with the Capital Region Housing Corporation tasked with managing their operations.
The company’s View Royal project was formerly spearheaded by the Limona Group which envisioned a mixture of high density residences throughout four lowrise buildings and multiple rows of townhomes. Limona’s plans, dating back to 2017, secured zoning for 350 units. C
Receive Citified's timely real-estate news straight to your inbox. Sign up for our newsletter. 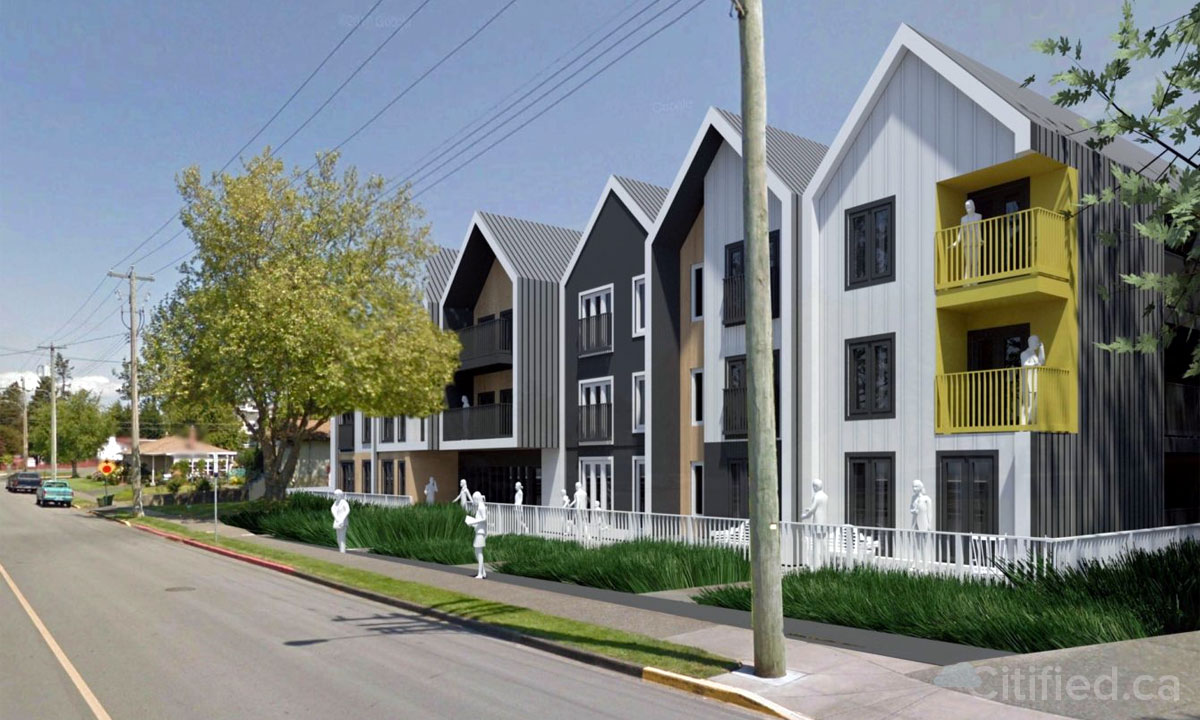