Downtown Victoria's Harris Green neighbourhood has seen an explosion in residential density throughout the decade, and developers are now focusing on its northern edge and the North Park neighbourhood's southern edge split by the Pandora Avenue thoroughfare (at-right, bottom).  Citified.ca

commercial, condos, rentals, townhomes, Downtown Victoria
Save-On-Foods, 600 upcoming residences set new course for North Park's and Harris Green's Pandora Avenue
MIKE KOZAKOWSKI, CITIFIED.CA
Downtown Victoria’s Pandora Avenue corridor in the Harris Green and North Park neighbourhoods is in-store for major changes as developers turn their focus towards the overlooked area.
The latest development proposal to surface is a 16-storey tower destined for the Seventh-Day Adventist Church (SDA) property and the adjacent Fotoprint building in the 900-block of Pandora Avenue at Vancouver Street.
Developer Townline, currently pre-selling the 25-storey Hudson Place One condominium rising along the 700-block of Herald Street, plans to deliver 170-units of rental apartments plus a ground floor commercial and amenity component totalling 5,000 square feet. The project’s first community meeting is scheduled for next week.
Across the street a 145-unit residential mid-rise proposed by Kang & Gill for 926-932 Pandora Avenue is working its way through the municipal process. Slated for properties between the McDonald’s restaurant and the Pandora Clinic, the building will span from Pandora Avenue to Mason Street with a ground floor retail presence and townhomes, respectively.
The Wellburn’s Market building on Pandora Avenue at Cook Street is also eyed for redevelopment into a mixed-use retail and rental complex comprised of 84 apartments and ground floor commercial space. District Investments Group has only recently begun the community consultation process, although the company is committed to restoring the historic building's façade.
Already contributing to Victoria's downtown residential density and opposite the Wellburn's Market, Cox Developments has completed the mixed-use V1488 rental tower along Pandora Avenue at Cook Street (most recently re-addressed as 1488 Cook Street and 1099 Pandora Avenue) featuring 134-units of apartments and a ground floor retail component. The project is the first phase of a two-building undertaking that will see another residential building rise along the Johnson Street portion of the block-wide site.
Already underway to the east of 1488 Cook is Tenfold Project’s sold-out Wade condominium in the former Medical Arts Building on a property spanning from Pandora Avenue to Johnson Street along Cook Street.
The project, with 102 residences, is expected to be completed by mid-2019.
Further west on Pandora Avenue at Vancouver Street kitty-corner from the Townline proposal is 1002 Pandora, a 195-unit rental building under construction since 2017. The six-storey mixed-use rental and retail lowrise will feature a Save-On-Foods grocery in its ground floor component and mark the first entry of a full-service grocer in Victoria’s downtown core.
Adjacent to the Pandora Avenue corridor developers have been pushing hard for residential density as the north end of Harris Green continues its transition from under-developed lots to a residential node.
Cox Development’s 989, a 206-suite two-tower condominium pushing 80% sold-out status, is rising on Johnson Street at Vancouver Street with completion expected by mid-2019. 989 is only a block away from Chard Development’s Vivid at the Yates, a 20-storey condominium now underway along the 800-block of Johnson Street with only one unit remaining for sale.
And across from Vivid is Alpha Project Development’s 1400 Quadra Street, a rental tower nearing the end of its municipal approvals process with 113-units of proposed rental apartments overlooking the Quadra and Johnson streets intersection. Further east Jawl Residential recently revealed its plans for a rental complex on Johnson Street at Cook Street where Victoria’s #1 Fire Hall will be situated as part of a development partnership between the City of Victoria, Jawl Residential and Pacifica Housing to bring a modern fire hall to the city centre while delivering affordable housing above.
By 2021 the total build-out new residences along the Pandora Avenue corridor will push 600 since 2017, while another 600 are coming to Johnson Street one block away. C
Receive Citified's timely real-estate news straight to your inbox. Sign up for our newsletter. 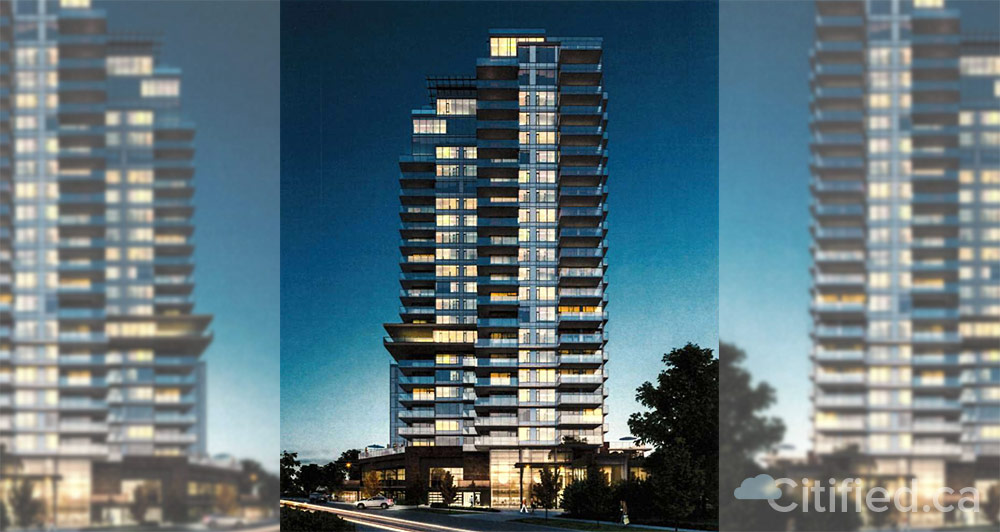