The Fort Building, at 1101 Fort Street, will soon be replaced by a six storey, mixed-use condo and ground floor commercial building by Abstract Developments.  Citified.ca.

A big change is coming to the intersection of Cook and Fort streets on the eastern fringe of Victoria's downtown core.

In February of 2014 Victoria city council approved Abstract's plans to redevelop the Fort Building property into a six storey building with 88 condo units above a commercial ground floor. Since then the developer has fine-tuned the project to expand the ground floor commercial space, reduce residential units by approximately ten per cent and add an additional level of underground parking. Moderate exterior design changes are also underway following a transition from D'Ambrosio Architecture + Urbanism to Cascadia Architecture.

The decision to reduce the number of residential units was a response to a market receptive to larger, more spacious urban homes rather than small studios or junior one bedroom layouts, according to Abstract Development's founder, Mike Miller.

"The primary market for this project has changed from studios and one bedroom homes to two bedroom and junior two bedroom units, and with larger units comes the need for additional parking stalls," Miller said.

The shuffle will result in approximately 80 units sized between 500 square foot one bedroom layouts up to 1,600 square foot penthouses. Ceiling heights will range from nine to eleven feet.

"A lot of people want to live in town, but not right downtown, and what we've realized is this site is really special and appears to have rung all the bells for those buyers," Miller said.

Regarding commercial tenants Miller has confirmed that a retailer described only as "very exciting" plans to absorb the majority of the ground floor space.

"This won't be another Tim Horton's or a Wal-Mart type of generic tenant, this will be something very, very exciting," Miller says, noting that the anchor tenant will lease approximately 9,000 square feet while negotiations are underway with a local coffee shop operator to lease the remaining 2,000 square feet fronting onto the corner of Fort and Cook streets.

Unit prices will start in the mid-$200,000's for junior one bedroom homes and are expected to rise into the seven figures for the project's eight penthouses.

Pre-sales will begin next spring with a fall 2016 construction start. Completion is expected by the spring of 2018. C 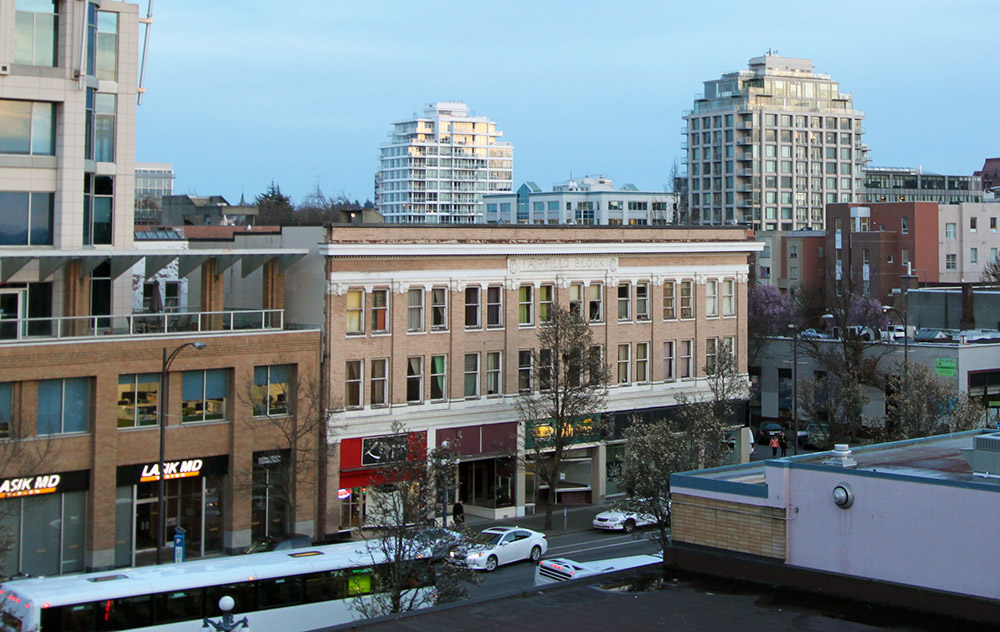