The historic 1912 Fairfield Block building on Douglas Street at Cormorant Street. Vancouver-based Reliance Properties has an option to buy and "fix up" the building while maintaining its use as an affordable housing apartment.  Citified.ca.

Affordable housing has been announced as a key part of a plan to purchase and rehabilitate the historic Fairfield Block building on Douglas Street at Cormorant Street across from Victoria City Hall.

Jon Stovell, President of Vancouver-based Reliance Properties, made a statement on VibrantVictoria indicating the company has an option to purchase and "fix up" the three storey mixed-use commercial and transient accommodation building while maintaining the homes as affordable rental apartments.

"Reliance Properties is studying an option to fix up the [Fairfield Block] and maintain its current use for affordable market housing as well as maintaining its heritage status," Stovell wrote.

The Fairfield Block, built in 1912 and currently listed for sale to the tune of $3.6 million, has six ground floor commercial units totalling 9,248 square feet. The two upper floors consist of 62 transient hotel rooms/single room accommodations, one of which is a one bedroom unit.

Although Victoria Mayor Lisa Helps has indicated that she would be supportive of an increase in building height and density in order to help create a mix of affordable housing with market units within the building, Reliance has no plans to increase the building's height.

Additional details of the potential building acquisition will be revealed in the "coming weeks," says Stovell.

Customs House development receives approval from the City of Victoria 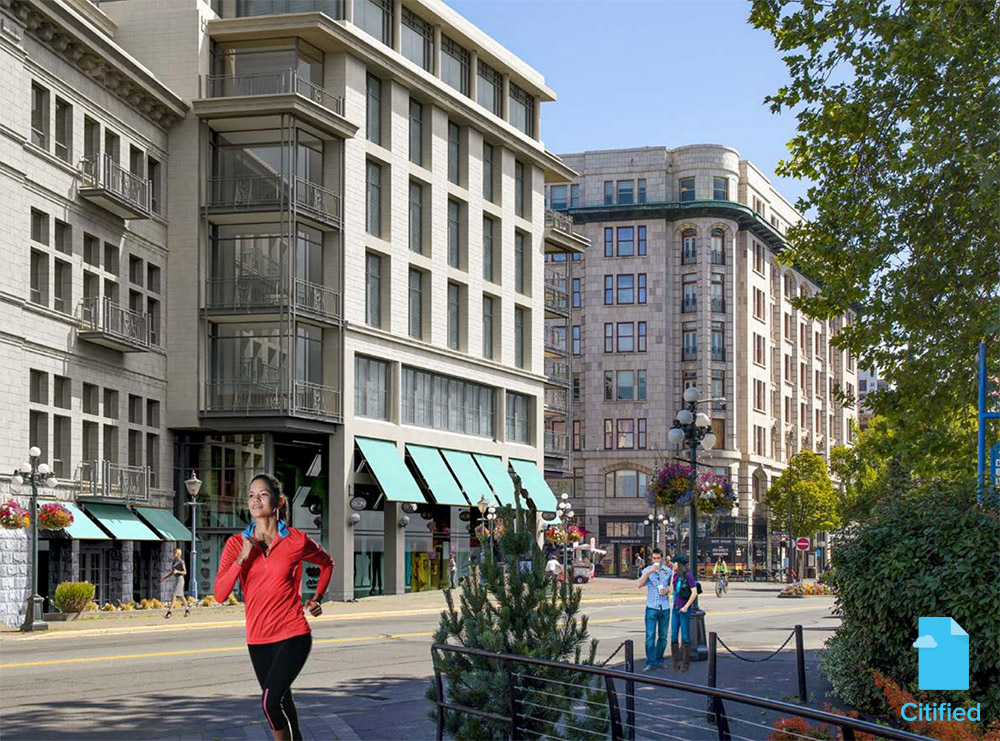