A map depicting the planned location for Jordan River Brewing Co., a micro-brewery proposed for the town of Jordan River some 30 kilometers west of Sooke along the Highway 14 corridor. Note: depicted property size/shape not to scale or reflective of actual property lines.  Citified/Google

commercial, West Shore
Jordan River Brewing Co. micro-brewery planned for surfing hot-spot west of Sooke
MIKE KOZAKOWSKI, CITIFIED.CA
Sooke’s trio of micro-breweries may no longer be the last stops among Greater Victoria’s local beer trail pending approvals for a brewery proposal further west along the Highway 14 corridor.
Proponents behind a 4,000 square foot brewery operation in the town of Jordan River 30 kilometers beyond Sooke are working to secure approvals from the Capital Regional District (CRD) to open Jordan River Brewing Co. on a rise overlooking the mouth of the river and the Salish Sea.
According to submitted documents, proponents Brian Kozak and local real-estate development firm Totangi Properties have envisioned a brewing and tasting room complex at 12036 West Coast Road (Highway 14) possibly featuring a pizza oven and small food items. Non-alcoholic beverages would also be sold, as would brewery-branded merchandise.
The primary purpose of the brewery would be off-sales and wholesale manufacturing, although a lounge would be part of the facility for on-site consumption.
Neighbouring property owners and residents have expressed several concerns to the District, namely regarding the lack of fire protection in the area, shallow drinking water wells that may be impacted by a commercial operation, waste management, and the lack of alternative transportation options to and from a lounge serving alcohol.
In response, the proponents have pledged 10% of brewery profits for a community fund, which may help fund a fire hall serving the Jordan River area, and will assist in petitioning the CRD for fire protection services. Water usage will be regulated by provincial permitting, the applicant says, and rainwater collection will be implemented for brewery use. Waste management will be handled by systems specific to brewery operations, and waste-water treatment will be included on-site.
Regarding alcohol consumption and transportation, the proponents state that a Jordan River community gathering space like a micro-brewery lounge would reduce travel into Sooke for similar services, and help build community within the immediate area. A statement by the applicant speaks to the planned serving environment as one “not interested in having intoxicated patrons and visitors” with the expectation that “customers will know their limits and drink within them.”
If approved, Jordan River Brewing Co. would join the Capital's western-most micro-breweries Bad Dog Brewing (with its indoor and outdoor tasting lounge in the Otter Point community), Sooke Brewing Company (with a lounge on Otter Point Road in Sooke's town centre), and Sooke Oceanside Brewery (which currently operates out of a small facility in the 5500-block of Highway 14 without a lounge).
Jordan River, a small community 70 kilometers west of Victoria founded in the early 20th century, is the mid-way point between the District of Sooke in the western suburbs of Greater Victoria and the town of Port Renfrew at the terminus of Highway 14. Several years-ago BC Hydro purchased multiple properties along the mouth of the river due to the potential for risk-to-life in the event of a failure of a former hydro-electric dam up-river and a series of reservoirs in the Sooke Hills. Today, Jordan Rivers is popular with surfers, day trippers from Victoria, campers and hikers, and tourists travelling the Highway 14 corridor from Sooke to Port Renfrew via the wilderness Circle Route connecting Greater Victoria with Lake Cowichan. C
Receive Citified's timely real-estate news straight to your inbox. Sign up for our newsletter, and connect with us on Facebook: 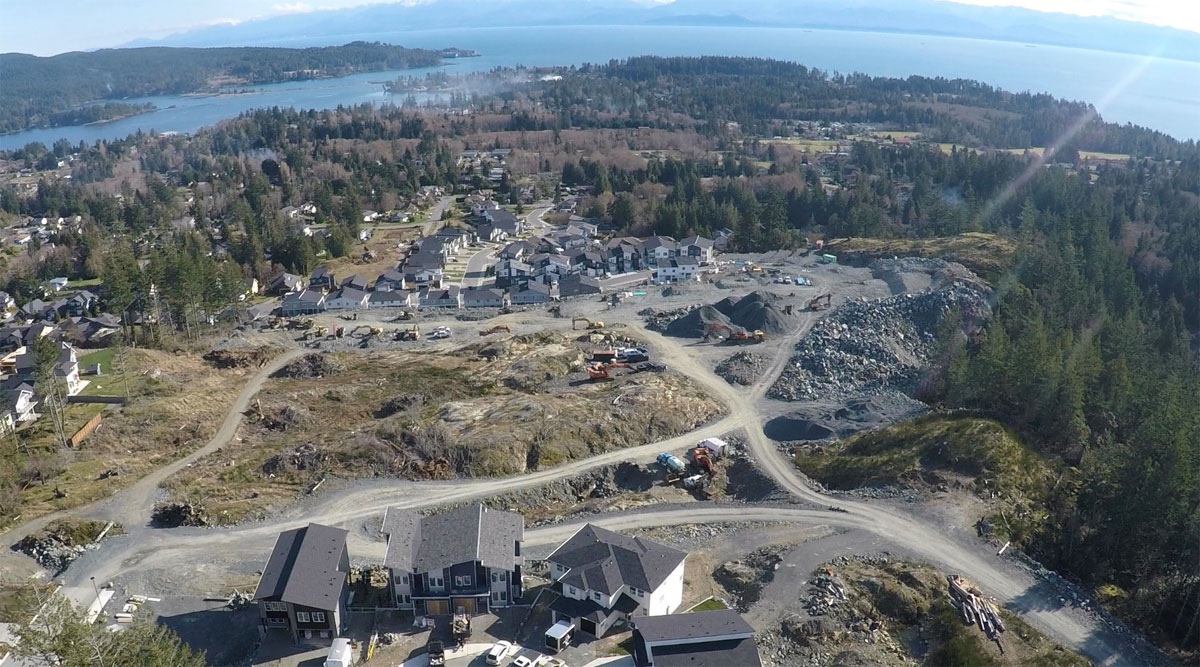