Developer Townline has confirmed the latest leasing acquisitions for The Hudson District's ground floor commercial spaces in the Hudson building, home of the Victoria Public Market, and the Hudson Mews residential tower on Fisgard Street.

Brokerage firm Invis is readying to open a street-front office in the 12-storey Hudson Mews rental tower at the Hudson District's mid-block carriageway and the 700-block of Fisgard Street. Opposite the entrance to the Victoria Public Market in the tower's podium along the carriageway, 9 Elements Spa and Reflexology clinic is expected to open in January. The two tenants push the tower's total lease rate to just under 70% following its completion in 2014.

At the public market the Hudson Grocer has shifted spaces to the Douglas Street frontage while its former space along the carriageway is fielding expressions of interest from yet-unnamed retailers. Within the market a new food tenant, VicExpress - Teriyaki + Roll, will open later this month.

However, Townline remains mum on the potential future craft brewer anticipated for its recently approved rental residential tower, Hudson Walk, phase 2, kitty-corner from the Save-on-Foods Memorial Arena. While approvals for the brewpub zoning have not yet been secured, Townline hopes to attract a craft brewer to the podium of the 15-storey building and plans to submit a formal rezoning application to the City of Victoria to authorize the usage. Hudson Walk, phase 2, is expected to be completed in 2017 following an early 2016 construction start. Marketing of a 2,800 square foot commercial space in the podium of the 16-storey Hudson Walk, phase 1 tower, currently under construction on Caledonia Avenue, will begin early next year.

The former Smoken' Bones Cookshack restaurant space in The Hudson building at Douglas and Herald streets remains for lease following the restaurant's sudden closure in 2014. Expressions of interest from potential tenants for the high-profile retail opportunity continue to be received, however. C 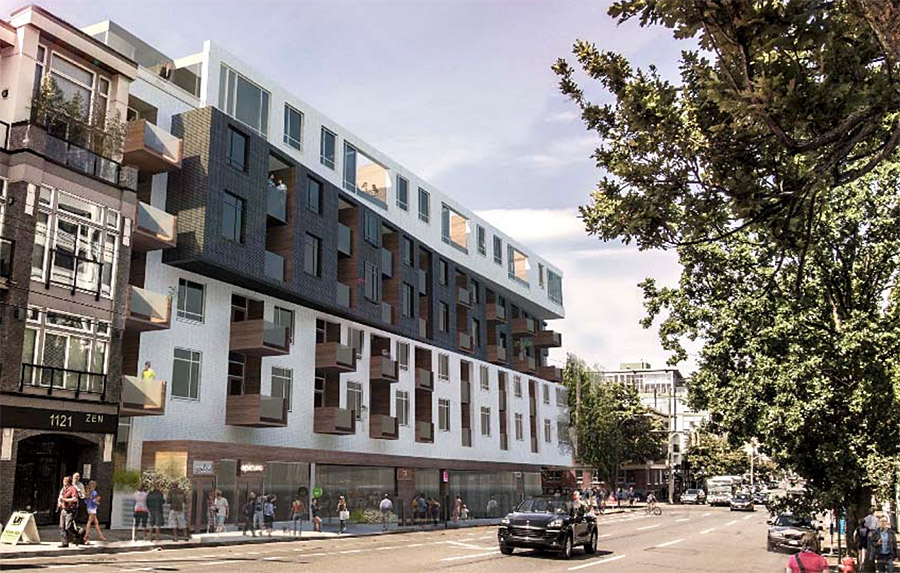