Artist's rendering of 1101 Fort Street, a mixed-use condo and ground floor commercial development at the intersection of Fort and Cook streets on the cusp of downtown Victoria.  Abstract Developments.

Victoria councillors have given an enthusiastic thumps up to the second iteration of a formerly approved six-storey mixed-use condo and ground floor commercial development at Fort and Cook streets on the cusp of downtown Victoria.

To be built by Abstract Developments, the project at 1101 Fort Street has approvals for 81 residential units spread throughout five floors above a ground floor retail space totalling some 11,000 square feet. While the original proposal included 88 units, Abstract opted to lessen the number of smaller layouts and instead turned its focus towards a greater supply of two bedroom units. Despite the shift, a full assortment of studio, one and two bedroom offerings sized between some 500 and 1,600 square feet will be available as will two ground level live-work spaces accessible off Meares Street.

Homes will feature private balconies with front glass guardrails and composite wood side panels. Exterior building materials will alternate between banded white and black bond brick while wood paneling will accent the ground floor. Where City Staff expressed concern with the height of the six-storey street wall along Fort and Cook streets, project architect Cascadia Architecture identified horizontal articulation of the floor plates at the fourth and sixth floor levels as a mitigating design response.

With respect to the busy transit stop along the building’s Fort Street frontage, a statutory right of way will be registered for public use together with a transit bench. Bicycle amenities will consist of a “Meares Street Bicycle Kitchen,” underground storage for 84 bicycles on the second parking level and 16 public bicycle stalls along Cook Street. Vehicle parking will consist of 70 underground stalls with an additional 10 spaces of perpendicular paid public parking provided on-site off Meares Street.

Public realm enhancements include retention of a large chestnut tree at the corner of Cook and Meares streets, replacement of street trees removed for construction and the addition of two trees along Fort Street. Concrete unit pavers, cast-in-place concrete and new shrubbery will be included as part of the landscaping. And a unique internal amenity space will be in the form of a two-storey exposed glass common area on the second floor corner overlooking the intersection of Cook and Meares streets.

Regarding commercial tenants, Abstract founder Mike Miller confirms that a retailer described only as "very exciting" plans to absorb the majority of the ground floor space.

"This won't be another Tim Horton's or a Wal-Mart type of generic tenant, this will be something very, very exciting," Miller said during an interview with Citified in September of 2015, noting that the anchor tenant will lease approximately 9,000 square feet while negotiations are underway with a local coffee shop operator to lease the remaining 2,000 square feet fronting onto the corner of Fort and Cook streets.

Pricing will be released in the coming months with pre-sales beginning as early as next spring with a possible fall 2016 construction start. Completion is expected by the spring or summer of 2018. C 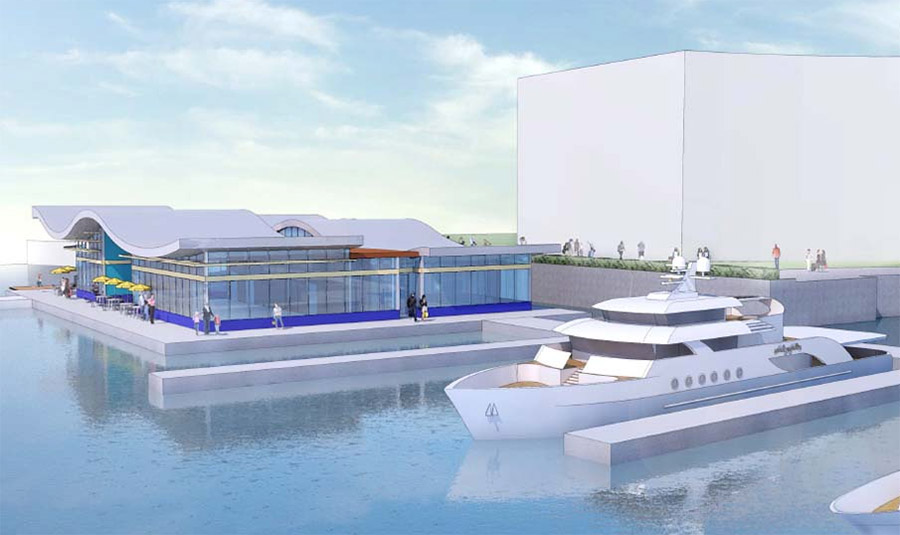