A Monk's Office property is one of several parcels on Fort Street at Blanshard Street in downtown Victoria eyed for a highrise hotel development that could rise as one of the Capital's tallest buildings.  Google

commercial, hotel, Downtown Victoria
Highrise hotel tower catering to millennials proposed for Monk Office property at Fort and Blanshard streets
MIKE KOZAKOWSKI, CITIFIED.CA
A highrise hotel tower has been proposed for the northwest corner of the Fort and Blanshard streets intersection, Citified has learned.
Merchant House Capital, the firm which restored and re-purposed the former Dominion Hotel property at Yates and Blanshard streets into apartment residences and is behind the redevelopment of the Times Colonist building on Douglas Street, is in the early planning stages for a 65.5 meter tall "unique tower design" hotel described as a low-staff operation catering to younger, tech-savvy travellers.
The proposal will be unveiled before the Victoria Downtown Residents Association later this month.
Currently on the development property is a Monk Office retail outlet situated between several other storefronts. Adjacent to the site is the Montrose Apartments building along Blanshard Street, which will be restored and upgraded as part of the overall vision for the block that Merchant House Capital acquired in the late fall of 2018.
The proposed name for the hotel is the Montrose Wintergarden, which at a height of over 65 meters would stand as one of the tallest buildings in Victoria with a floor tally in the 20-storey range. 35 vehicle parking stalls will be provided. The room count has not yet been revealed.
Merchant House Capital's pitch joins several other hotel proposals making their way through the City of Victoria's civic planning process.
On Broad Street between Johnson and Yates streets Chard Development with partner UVic Properties has proposed a 139-room project that will include a façade remediation of the historic Duck's Building dating back to 1891. Meanwhile the Douglas Street Sandman Hotel is slated for redevelopment into a complex with 182-suites.
In recent year's the Capital's stock of hotel room inventory has declined as older properties were transformed into rental apartments. The most recent such conversion saw the Harbour Towers Hotel, a 13-storey landmark overlooking the Inner Harbour, re-emerge late last year as The James at Harbour Towers with 219 homes. C
Receive Citified's timely real-estate news straight to your inbox. Sign up for our newsletter.

Mix of condos, townhomes and a retail space envisioned for Gordon Head Road at Feltham Road 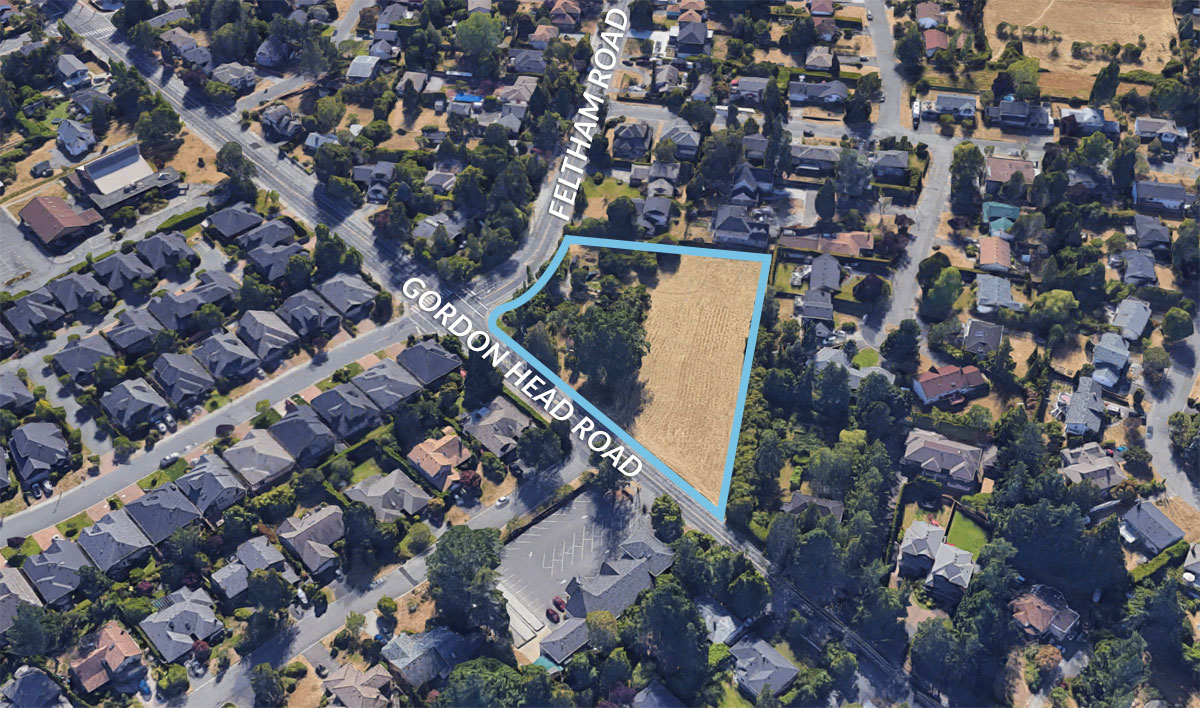