Eagle Creek Village's first wave of retail tenants, a Tim Hortons coffee shop, a Cobs Bread Bakery and a Subway eatery will open their doors to customers as early as February 9th. The shopping centre at Helmcken Road at Watkiss Way in View Royal will be anchored by a Quality Foods grocery store.  Citified.ca.

View Royal's Eagle Creek Village mixed-use office, commercial and residential development is set to welcome the public as early as Tuesday, February 9th according to sources familiar with the project.

A Tim Hortons coffee shop, a Cobs Bread Bakery and a Subway eatery are reported to be Eagle Creek's first wave of retail tenants ready for business as crews work to finish a four-storey rental apartment while other retailers complete tenant improvements.

Situated on Helmcken Road at Watkiss Way near Victoria General Hospital, the project will be anchored by a Quality Foods grocery store (planned to open by the end of February or in early March) alongside familiar commercial tenants such as Starbucks, Dollar Tree, Bosley's, Cascadia Liquor Store, Great Clips and Forbes Pharmacy. A YMCA fitness facility will flank the shopping centre's northern perimeter with an opening planned for late winter or early spring.

Eagle Creek's landmark building, a 76,000 square foot five-storey office lowrise at the nexus of Helmcken Road and Watkiss Way, is reportedly over 50% leased. The strong uptake is an indicator of growing demand for quality office space between the urban core and Westshore regions of Victoria.

A 60-unit rental building will be ready this spring with one and two bedroom layouts sized between 591 and 920 square feet. A future residential phase that may get underway later this year will include two lowrise condo buildings situated on rise at the north end of the development site. C 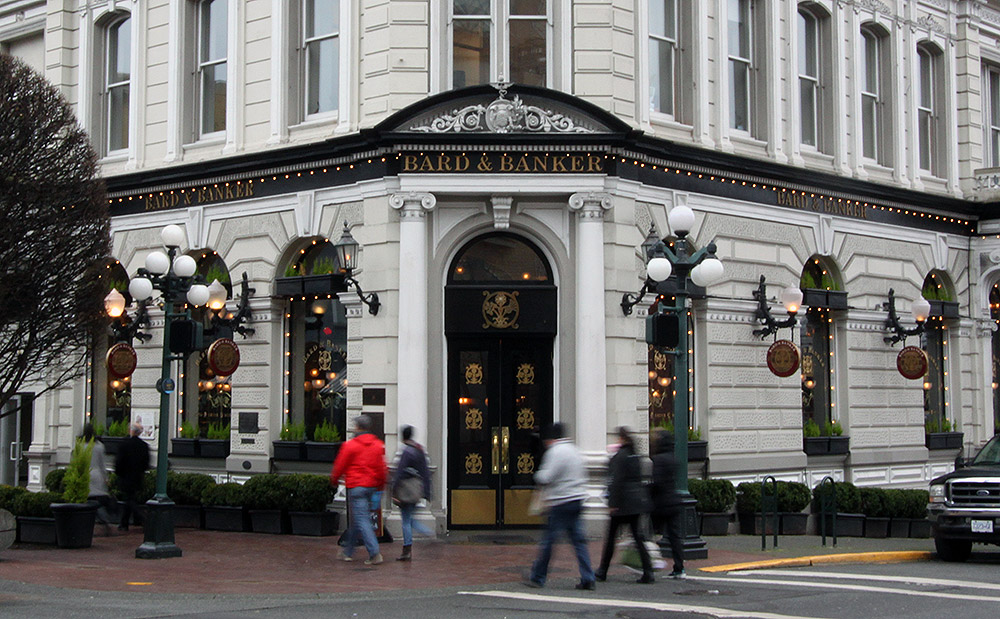 The Brownstones at Langford Lake