Spanning between Esquimalt Road to the south and Bay Street to the north along Vic West's harbourfront, the 15-acre Dockside Green development is reportedly in the process of being acquired by Vancouver-based Bosa Development. Bosa Development is the same firm that recently purchased and restored Victoria's iconic Fairmont Empress Hotel.  Citified.ca

commercial, condos, offices, rentals, Urban core
Empress Hotel owner makes run on Vic West's Dockside Green mega-project
CITIFIED.CA STAFF
Updated on October 10, 2017
Update: Bosa Development has officially confirmed the company will close its purchase of Dockside Green on December 15, 2017.
Vic West’s Dockside Green community could soon be in the hands of Vancouver-based Bosa Development, the same firm that recently purchased and restored Victoria’s esteemed Fairmont Empress Hotel.
Sources tell Citified the operators of Dockside Green sought purchase bids from approximately a half dozen qualified developers with the wherewithal to take on as large and complex of a development undertaking as the 15-acre mixed-use residential, office, retail and light industrial project.
The winning bid, according to sources familiar with the bidding process, was submitted by Bosa Development to the tune of tens of millions of dollars. The terms of the sale, the exact purchase price and VanCity’s future input on undeveloped parcels have not been disclosed.
Bosa Development is heavily involved in large-scale real-estate activities along the west coast of North America and western Canada. The company is currently building residential and commercial communities in Vancouver, Calgary, Bellevue, WA, and San Diego, CA.
Not to be confused with Bosa Development, Vancouver-based Bosa Properties is the builder of Vic West’s 17-storey Encore condominium tower and the 195-unit 1008 Pandora Avenue rental complex. The company also completed Victoria’s current tallest building, the 21-storey Promontory condominium tower in Vic West, in 2014.
Citified first broke the news of the possibility that Dockside Green could be changing hands in an article published on August 21. At the time, Dockside Green representatives denied claims that owner VanCity Credit Union had engaged potential purchasers or that a successful bidder had been selected.
Situated along the banks of Vic West’s Upper Harbour between Bay Street and Esquimalt, Harbour and Tyee roads, the mixed-use development has approvals for an additional 1,000 residential units (in towers maxing out at 20-storeys) and a sizeable commercial component.
Underway since 2005, Dockside Green stalled in 2009 following the completion of several mid-rise residential towers and low-rise commercial buildings between Tyee and Harbour roads.
Following a construction hiatus that was largely blamed on the 2008 financial market collapse, VanCity parted ways with then partner Windmill Developments and moved to significantly alter a previously-approved masterplan by reducing the square footage of individual buildings while introducing a revised vision for unbuilt parcels.
As the future of Dockside Green was making its way through the municipal planning process, construction restarted in 2016 with VanCity partnering with Catalyst Community Developments Society to build the 49-unit Madrona affordable housing complex nearing completion along Harbour Road.
Planning has also begun for a Merridale liquor distillery and a three-storey office building, both of which are expected to get underway next year.
Victoria council approved VanCity's updated masterplan in January of this year. C 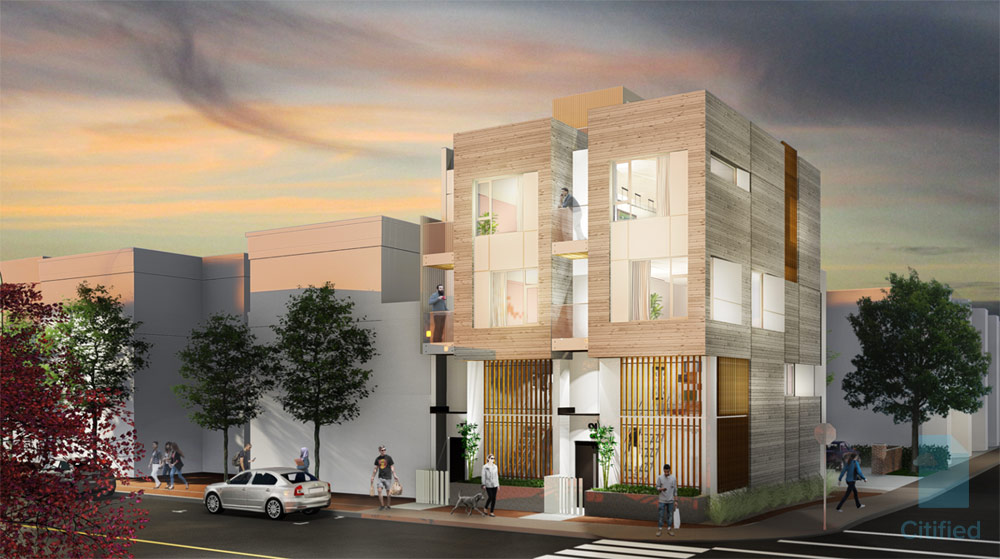