An artist's rendering of a three-building development along the 1300-block of Broad Street (between  Yates and Johnson streets). The seven-storey left-most building will be comprised of rental apartments for UVic graduate students. The central building, known as the Duck's Buildings, will receive a full heritage restoration and together with the seven-storey right-most new-build addition will consist of 108-units of market condominiums.  Chard Development

commercial, condos, rentals, Downtown Victoria
UVic graduate student housing, condos and retail space envisioned for 1300-block of Broad
CITIFIED.CA STAFF
The University of Victoria (UVic) has partnered with Chard Development to build 59-units of graduate student rental housing and 108-units of market condominiums along the 1300-block of Broad Street.
The three building project, spanning between Yates and Johnson streets, will encompass a heritage restoration of the five-storey Duck's Building, erected in 1892 at 1314 Broad Street, while two seven-storey buildings will flank the heritage structure to the north and south (replacing a low-rise structure at 615-625 Johnson Street, and a surface parking lot containing a single-storey building at 1312 Broad Street, respectively).
As part of the Duck's Building’s heritage restoration, Chard will reconfigure floor levels to align with and join the new-build condominium to the north. The Ducks Building will be transformed from a four-storey structure to a seven-storey structure with a central atrium adding natural light to interior units and retail space between the fifth and first levels. Housing on new-build sixth and seventh levels will be stepped back from Broad Street.
Ground floor retail space will be situated along the entire project’s Broad and Johnson street frontages. Parking, however, will not be provided.
Unit layouts will be mostly in the form of micro suites, although some floor plans will accommodate larger homes.
The first iteration of the proposal is currently before the City of Victoria. Municipal approvals are not anticipated until early next year.
In 2001 the Duck's Building and multiple properties throughout downtown Victoria's Old Town district were gifted to UVic by the late Michael Williams. Williams purchased and restored many of Victoria's Old Town structures and bequeathed his legacy to the university. C 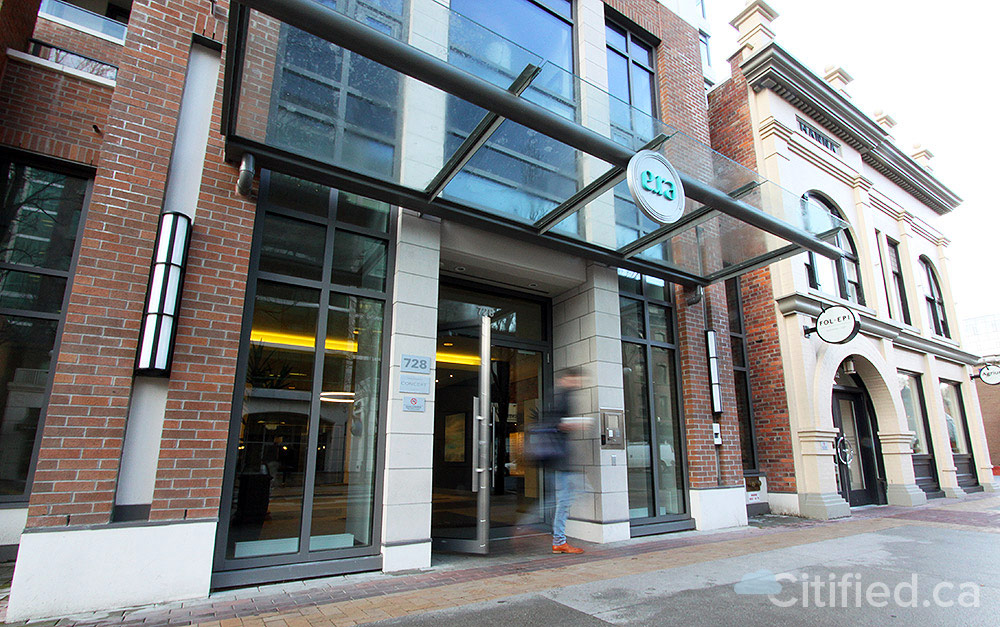